Chanello’s Pizza is a popular pizza restaurant franchise based in Norfolk, Virginia with a reputation for late-night delivery.

Where does Chanello’s come from? 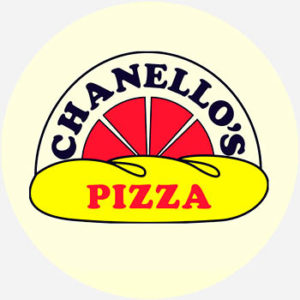 Chanello’s Pizza was founded in 1987 by Jerry Channell, who playfully rendered his name as Chanello to make it sound more Italian for his pizzeria. It was based in Hampton Roads, Virginia and catered to the nearby Norfolk Naval Base.

Channell’s daughter Juliet, and her husband Chip Shubert, currently run Chanello’s and make their pizza based on a 60-year-old family recipe to emphasize the freshness of their ingredients. However, in the opinion of many online, it doesn’t always live up to the hype. Under their management, Chanello’s has expanded throughout the military city of Norfolk, with more than 30 locations in Virginia and North Carolina, including in Richmond and Williamsburg.

Chanello’s is open until 3am and delivers, which makes it very popular within local communities—including with college-aged people, where Chanello’s is sometimes associated with “drunk food.” One person liked Chanello’s enough for this reason to add an entry for the pizzeria on Urban Dictionary in 2006.

One of Chanello’s specialties is the “Alexander the Greek” pizza, named for its combination of spinach, kalamata olives, and feta cheeses, among other toppings. While they also offer other menu items, they often repeat their Italian-punning motto: “Nothing beatza pizza.”

Chanello’s also values community giveback as a way to differentiate themselves from competitors. The franchise sets aside a monthly budget to donate to charities that focus on the military, kids, and education.

Lmfaoo chanellos used to be the perfect food for late nights when we were drunk
@PlanetPandax3, January, 2018
Multiple reports now confirm that Virginia Beach resident Edgar Wilson has decided to stay at his neighbor’s birthday party after hearing rumors of a soon to be delivered Chanello’s pizza.
Anderson Tilley, The Peedmont, January, 2018
I ordered from Chanello's while staying in a hotel overnight. We were looking to order pretty late, and thankfully Chanello's was still open. We ordered a medium pizza, salad and BBQ wings. The order came on time, and the delivery was brought right to our hotel room door.
Morgan C, Yelp, December, 2016
SEE MORE EXAMPLES

Widely familiar to residents of Virginia and North Carolina, people use the name Chanello’s to talk about it as a cheap and easy option for late-night pizza delivery, unless they are expressing their strong distaste for the fast-food pizza chain.

It should not be confused with the phrase: chanello (a blend of the words Chanel and Hello) that gained minor popularity from the show Sex & The City after it was said by Anthony Merentino (Mario Cantrone) upon entering the upscale store Chanel.

This is not meant to be a formal definition of Chanello’s like most terms we define on Dictionary.com, but is rather an informal word summary that hopefully touches upon the key aspects of the meaning and usage of Chanello’s that will help our users expand their word mastery.