What does chibi mean?

Where does chibi come from? 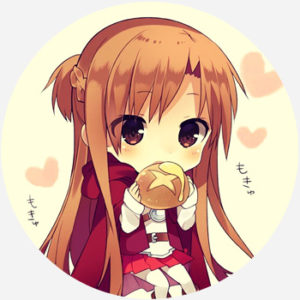 In Japanese, chibi can refer to a “small person (with dwarfism),” “small animal (runt),” or, with affection or annoyance, a “small child (pipsqueak)” according to the online dictionary Jisho.

Thanks to its connotations of smallness and cuteness, the word chibi is also used describe a certain type of anime character. This style, known more formally as super-deformed or SD style, features highly exaggerated childlike proportions, with heads sometimes as much as four times the size of the bodies. The style is often used in anime to emphasize changes in mood or call attention to the punchline of a joke.

Chibi appears in 19th-century English-Japanese dictionaries. In the 1960–70s, Chibi appears as a nickname for a bullied young Japanese boy in teaching guides aimed and expanding students’ multicultural understanding. Chibi is also the name of duckling in a late 1990s Japanese-based children’s book.

The 1990s anime and manga Sailor Moon, though, likely brought the popular sense of chibi to English-speaking shores in a widespread way. In it, there’s a popular character called Chibiussa, who demonstrates chibi characteristics.

“If someone wants to do hyperrealism let them. If they want to draw chibis let them. If they want to focus on cartoon animation let them.”
@NitaCee_ Twitter (April 17, 2017)
“HEY I WANNA DRAW STUFF IN CHIBI FORM FOR PRACTICE, WHAT YA GOT?”
octopus-plasma Tumblr (April 15th 2017)
“He’s posted a gallery full of his amazing Lego Chibi-formers over on Flickr…”
Lee Matthews, “Lego Chibi Transformers Are a Trifecta of Geekiness,” Geek.com (January 31, 2017)
SEE MORE EXAMPLES

Chibi has a broad range of applications. You can have one chibi or two chibi (or chibis, if you prefer to pluralize it in the English-language style). You can draw characters chibi style or in chibi form. In doing so, you’ll have chibified them. If you like to draw chibified characters, you might gain a reputation as a chibi artist.

As with the Japanese meaning, some English speakers use chibi as an affectionate nickname for a friend. This can sometimes be seen as insulting, much like shorty or small fry, so avoid using with someone you aren’t on familiar terms with.

This is not meant to be a formal definition of chibi like most terms we define on Dictionary.com, but is rather an informal word summary that hopefully touches upon the key aspects of the meaning and usage of chibi that will help our users expand their word mastery.