What does digital blackface mean?

Where does digital blackface come from? 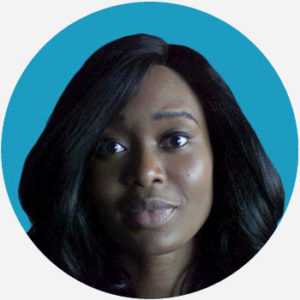 Since the 1800s, the term blackface has referred to the tradition of white performers deliberately darkening their skin, often with shoe polish, and exaggerating their lips and eyes to imitate black people. The most well-known use of blackface are minstrel shows, a form of entertainment originating in the 1830s. In them, white performers would put on blackface and “play” racist African-American stereotypes. These included Mammy, the sassy old woman, a stupid and clumsy porter, and the kindly and obedient Uncle Tom.

The deeply racist practices of blackface were a staple of American entertainment through much of the 19th century and into the 20th century, as elements of minstrelsy were incorporated into vaudeville, theater, and film. Many silent movies featured white actors in blackface—notoriously, D.W. Griffith’s 1915 epic Birth of a Nation, which portrays the Ku Klux Klan as righteous warriors fighting lascivious black men.

In the early 20th century, many black American performers also wore and performed in blackface, capitalizing on the trope to break through racial and social barriers in their profession. Black comedians Bert Williams and George Walker, notably, performed in blackface onstage, opening the first black musical comedy on Broadway, In Dahomey, in 1902. The actual practice of blackface began to fall out of fashion during the Great Depression, but racist caricatures of black Americans that mirrored blackface tropes persisted in radio, cartoons, movies, and TV for many years. Famous examples include the 1920s Amos ‘N’ Andy radio show, carton features from Warner Brothers and Disney (e.g., the crows in Dumbo), and 1970s “blaxploitation” films. Many black actors participated in these later forms of blackface, forced to take the work available to them.

The latest iteration of blackface comes in digital form, hence digital blackface, in the 1990s. In 1999, Adam Clayton Powell III, a journalism advocate, referred to harmful racial stereotypes in video games as “high-tech blackface.” The particular term digital blackface is often credited to Joshua Lumpkin Green in the title of his 2006 book, Digital Blackface: The Repackaging of the Black Masculine Image.

The problem of digital blackface broke into the mainstream media by the 2010s. Following a prominent article in Teen Vogue earlier that year, the BBC in September, 2017 produced a video “Is it OK to use black emojis and gifs?” It featured writer Victoria Princewell explaining the theory that white people using GIFs, memes, emoji, and other images of black people (or taken from black culture) for humorous online reactions to or online commentary on was digital blackface. As such, the behavior draws on the long-running racism of minstrelsy, objectifying black people for white amusement.

The video, along with other press on the subject, prompted debates about whether or not the use of such reaction GIFs constituted racism. It also sparked discussion of how internet culture has furthered the appropriation of black culture.

Someone said white people shouldn't depict their emotions with gifs of black people or with black emojis because that is digital blackface...... ??¿¿
@keri_elaine_, April, 2018
Up until a few months ago, I had not heard of the term “digital blackface” in any of my academic or social circles. But the moment these words were introduced into my vocabulary, I immediately understood what they meant.
Graciela Barada, Fem, November, 2017
Many of [Thug Kitchen's] book readings...were canceled when book retailers found out that the authors were blondish. They feared protests and some critics send that this is “digital blackface” and that saying curse-words is a “black thing” and that the authors had mis-appropriated this. So are you saying that “thug” has more meaning than criminal?
Matt Hollaway & Michelle Davis, My Jewish Cookbooks, October, 2014
SEE MORE EXAMPLES

Digital blackface is technically practiced, though not always known as such, by many people online, as many people of diverse backgrounds post GIFs, memes, and other images featuring notable black people in reactions or comments. Popular images include the Crying Michael Jordan meme to tease sports losses, images of Beyoncé or Oprah Winfrey in grand displays to express excitement, or women from The Real Housewives of Atlanta to convey sass or suspicion. While using such images may be motivated by good intentions, be mindful it exists in a complex historical and social context and may be very offensive.

Digital blackface is used by scholars, journalists, media critics, and social-justice activists as a formal way to discuss, address, confront, or educate about racism in the digital age, especially in its more insidious forms. The concept and term are sometimes mocked or denounced by critics who see it as part of an overly politically-correct culture.

This is not meant to be a formal definition of digital blackface like most terms we define on Dictionary.com, but is rather an informal word summary that hopefully touches upon the key aspects of the meaning and usage of digital blackface that will help our users expand their word mastery.