Everything After Z by Dictionary.com
Previous Word donut decor
Next Word doujinshi

What does double entendre mean?

A double entendre is a word or expression that can be understood in two ways, especially when one meaning is risqué. If you've ever cracked a that's what she said joke, you've created a double entendre. You fancy.

Apparently Theresa May is not going to be 'nudged through the back door'. So there's a double entendre none of us wanted.
@jonnymorris1973, June, 2018
Showcasing uncanny vintage wit, Cella Blue fashions a double entendre out of an intruder rifling through her dresser with anonymous sex in standout cut "Who's That in My Drawers?"
Kevin Curtin, The Austin Chronicle, June, 2018
“I have nowhere more important to be,” she says, getting belly laughs from the crowd for what is a double entendre: yes, Gillibrand is testifying in favor of an important bill that would limit a first-time opioid patient’s prescription to seven days in Massachusetts—but, this isn’t really Gillibrand, or the joint committee.
Rich Barlow, BU Today, June, 2018
SEE MORE EXAMPLES

Where does double entendre come from? 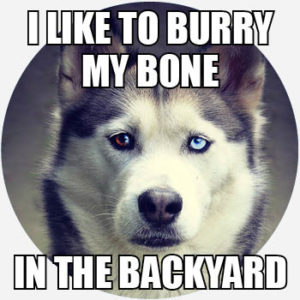 In the French of the 16th century, double entendre was an expression meaning “double understanding” or “ambiguity”—something that could be construed in two ways. 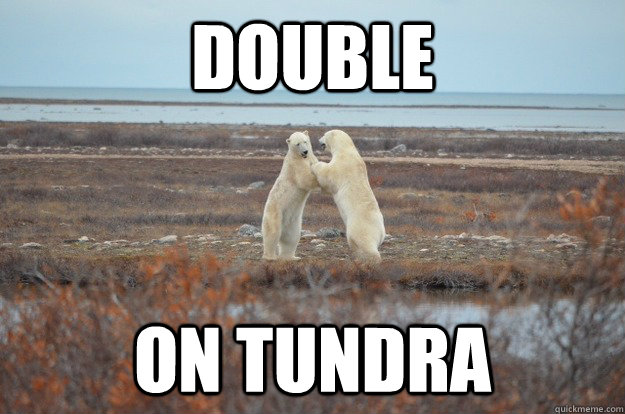 Its modern French form is double entente (like double intent), but double entendre became fixed in English at least since it was used by John Dryden in his 1673 comedic play Marriage à la Mode.

Early uses of double entendre in French and English were used to call out duplicitous or evasive language meant to deceive someone, wriggle out of the long arm of the law, or deviate from Christian virtues in some way. One early French author even warned that “girls must be firmly on their guard against double entendres,” as they might “poison these poor, sweet, delicate girls.” 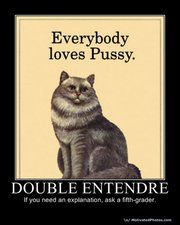 By the early 19th century, double entendre honed in on its wordplay sense, especially sexual innuendo. But, the phrase maintains its use for other secondary meanings, like that classic mobster threat … 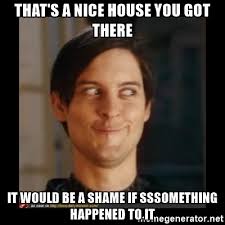 Double entendre usually describes sexually suggestive wordplay ranging from Shakespeare’s use of sword to pun on “penis” throughout his 1590s Romeo and Juliet to rockers Led Zeppelin’s use of squeeze my lemon for “sexual stimulation” in their “Lemon Song” in 1969. 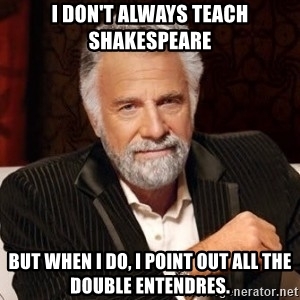 Less commonly, double entendre can also describe other wordplay, such as Life’s a beach.

While double entendres themselves aren’t usually appropriate in a professional context, the expression double entendre is considered a learned, if not uncommon, term.

This is not meant to be a formal definition of double entendre like most terms we define on Dictionary.com, but is rather an informal word summary that hopefully touches upon the key aspects of the meaning and usage of double entendre that will help our users expand their word mastery.