What does doujinshi mean?

Where does doujinshi come from? 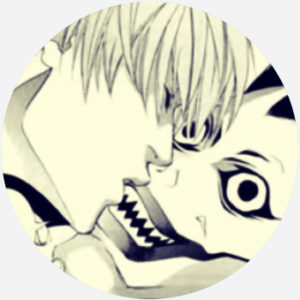 Doujinshi joins the Japanese words doujin, which roughly means “club” or a group with the same interests, and shi, meaning “magazine.” Commonly Anglicized as dojinshi, doujinshi are self-published magazines, novels, comics, and other content, especially of manga.

Doujinshi have a long history and active culture in Japan and increasingly in the West, including a specialized vocabulary and array of subgenres. Creators and fans have been buying and selling modern doujinshi, for instance, at Comic Market, a leading doujinshi fair in Japan, since 1975.

Doujinshi are often likened to fanzines, fanfiction, and fanwork, various forms of media fans create and share inspired by a specialized interest.

“to the fbi monitoring this thread: how'd you like that doujin i read earlier? it was good wasn't it?”
@HOXWOUND Twitter (April 23, 2017)
“Just found this 9 page Doujinshi of Skip Beat about Ren's day full of temptations. Haha! It's so cute! :) Sharing it for everyone else who hasn't read it. :D”
Myrtle Gail Facebook (January 7, 2017)
“Also, when I go to doujinshi events there are so many different kinds of doujinshi and fan goods that I end up buying way too much.”
Andrei, reported by Tokyo Otaku Mode, “5 Insider Otaku Spots in Akihabara (Interview),” Tokyo Otaku Mode (April 13, 2017)
SEE MORE EXAMPLES

Among English-speakers, doujin, irrespective of its Japanese etymology, is slang shortening for doujinshi, e.g., “The doujin I saw yesterday was really well drawn.” While doujinshi and doujin double as the usual plural forms of the words, some English users do follow native rules, and add an s to pluralize the word, e.g., “I want to draw some doujinshis.”

This is not meant to be a formal definition of doujinshi like most terms we define on Dictionary.com, but is rather an informal word summary that hopefully touches upon the key aspects of the meaning and usage of doujinshi that will help our users expand their word mastery.