What does Emoji Challenge mean?

The Emoji Challenge is a viral internet challenge in which participants hilariously reenact or otherwise interpret emoji in real life.

Where does Emoji Challenge come from? 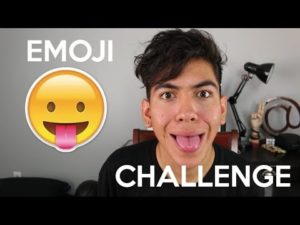 An early Emoji Challenge occurred on January 19, 2014 in a collaboration video of YouTubers Timmy Timato and Ashley Mardel. In the video, the two take turns mimicking emoji.

Later that year, other YouTubers also performed Emoji Challenges, perhaps inspired by Timato and Mardel. The most notable of these was the challenge performed by Wassabi VLOGS, which eventually earned over five million views.

At this time, variations on the Emoji Challenge emerged, such as a charades-like “Guess the Emoji” or interpretations of “emoji sentences.”

The Emoji Challenge went viral in 2018 thanks to Twitter user @Dee_TakeOff, who posted a group chat of friends performing the Emoji Challenge, a video of which earned nearly two million views.

Emoji challenge! Our GroupChat better than yours! 😂🤪💀 pic.twitter.com/K11zvIowTd

Another group chat the Emoji Challenge, posted by @iamjeyonce, went even more viral in March 2019, covered everywhere from BuzzFeed to the BBC.

Brooo we did the emoji challenge in my group chat and I’m cryinggg watch til the end 😂😂😂 pic.twitter.com/24WURZLibT

someone do the emoji challenge with me right now
@bunniejulie, March, 2019
The Emoji Challenge has been picking up speed on Twitter recently, showing off some competitive spirit. If you want to get in on the game, just pick an emoji, recreate it as best you can IRL, then send it to your group chat and see who can one-up you.
Sage Anderson, Mashable, March, 2019 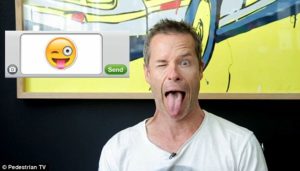 The Emoji Challenge remains a popular game online.When played, creative or very silly attempts at emoji are encouraged. Some players go the extra mile and even use props or pets.

This is not meant to be a formal definition of Emoji Challenge like most terms we define on Dictionary.com, but is rather an informal word summary that hopefully touches upon the key aspects of the meaning and usage of Emoji Challenge that will help our users expand their word mastery.