Everything After Z by Dictionary.com
Previous Word: Falling Stars Challe...
Next Word: fanfiction

'US used 9/11 false flag to justify #CIA torture'...
@PressTV, November 2018
‘False Flag’ Theory on Pipe Bombs Zooms From Right-Wing Fringe to Mainstream
Kevin Roose, The New York Times, October 2018
As a false flag to distract the wisest of us Americans from the fact that Cameron was gonna use his victory to clear the way for his cousin Matt Ryan to avoid criticism for being a shitty QB and having a horrible record #falconconspiracy #ryanconspiracy
@Hilton228, November 2018

Where does false flag come from? 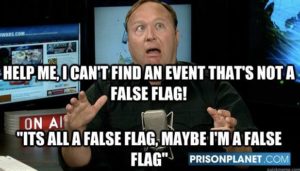 The term false flag first appeared in the 16th century as a metaphor for an intentional misrepresentation of one’s motives. The idea draws on military flags flown to signal one’s allegiances, with a false flag thus misdirecting an opponent.

In the 1800s, actual false flags were flown in naval operations. Officers or pirates would fly the flag of their enemy to approach them slowly without trouble, only to switch back to their true colors in an attack. It wasn’t long before the cannons fired.

In the late 20th century, despite the flagging popularity of flags,  false flags persisted as a metaphor for when perpetrators make it look another group initiated the attack. In contemporary contexts, it’s more likely to be terrorists, militants, political operatives, or governments engaging in false flagging, or carrying out false flag operations. Notable false flag operations in history include the Gleiwitz Incident during World War II and the Gulf of Tonkin Incident during the Vietnam War.

This day in history. On November 26, 1939, the USSR shelled the Russian village of Mainila and claimed it had come from Finland. Four days later, Moscow used this false flag operation as an excuse to start the Winter War. pic.twitter.com/9ocQkZ0iKF

False flag came into the public spotlight in October 2018 when pipe bombs were mailed to prominent Democrats and critics of President Donald Trump, including Barack Obama and Hillary Clinton. Some right-wing observers claimed, with no supporting evidence, that these pipe bombs were false flags, sent by liberals but made to look like a conservative carried it out in order to drum up outrage ahead of the 2018 midterm elections.

The false red flag of the Deep State fake pipe bombs along with demonic influence & witchcraft. The sleeping church & silent, yellow coward pastors helped in the Demoncrats gaining the House, to cause trouble for Pres. Trump! A word from The Donkey Ministry. Nub 22:28 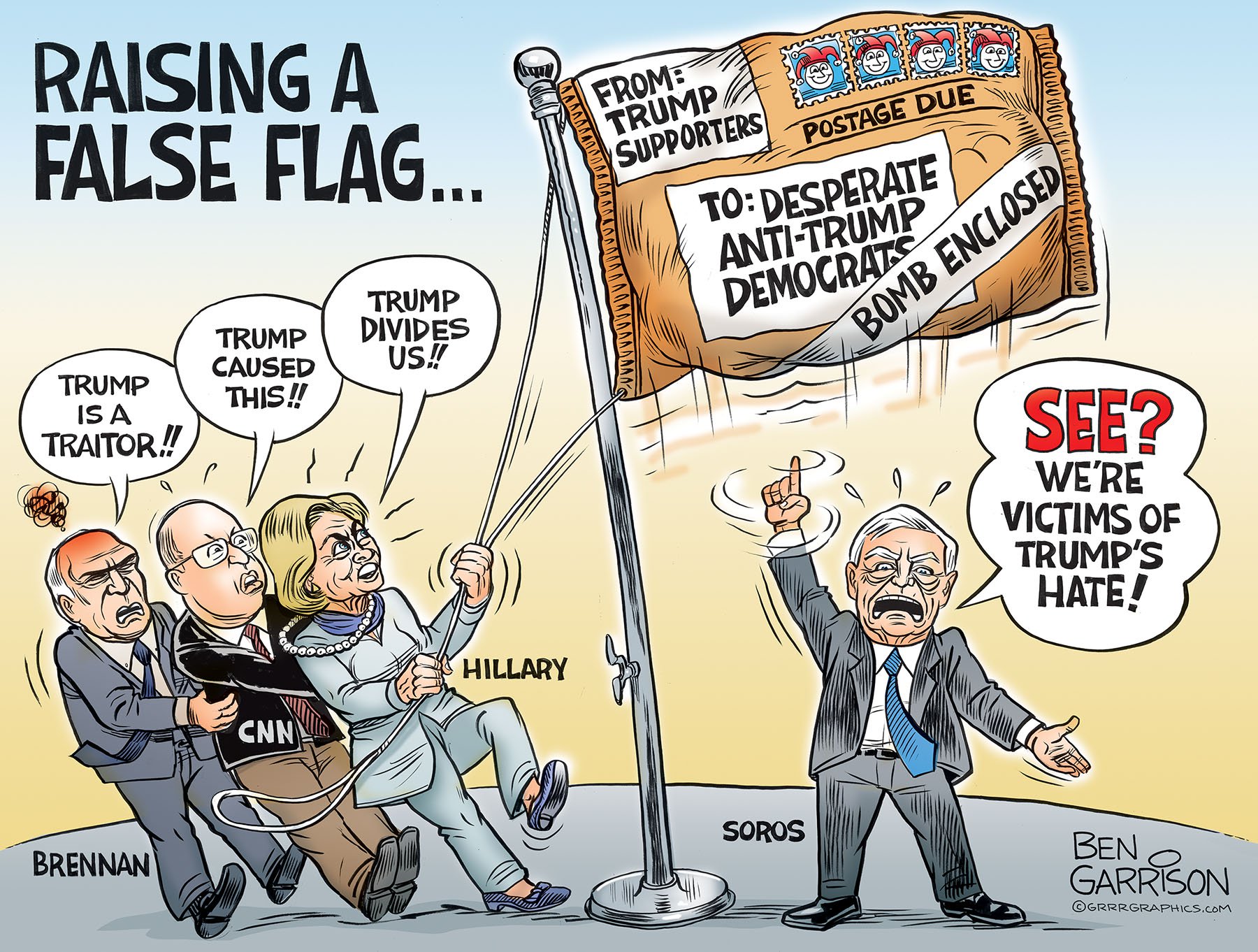 The term false flag is frequently flown in news reporting on major geopolitical incidents. In 2016, for instance, a journalist for the BBC reported that some speculated Turkey’s 2016 military coup could be a false flag, stating of the attempted coup, “One theory suggests it was a ‘false flag’ event staged by President Erdogan to gain more power, but common sense dictates the event went too far to be a false flag.”

False flag is also a favorite expression of conspiracy theorists who allege that such incidents are in fact “inside jobs,” including 9/11 and the 2012 Sandy Hook mass school shooting.

Interesting isn't it ?
a book has been launched in India yesterday, on the eve of 26/11 attacks…and its title is : "26/11, a conspiracy by RSS"
The book launch was attended by huge number of Hindus, Muslims & other Indians.
Everyone knows that Mumbai attacks were false flag!! pic.twitter.com/5vZ1gy754K

Sandy Hook was a fake event that was sold as real and is not the only time that has happened, maybe someone stopped them from running another false flag event.