Flop account is a term that describes a social-media account used to debate things that the poster deems a “flop” or “cringeworthy.” 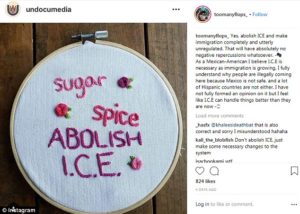 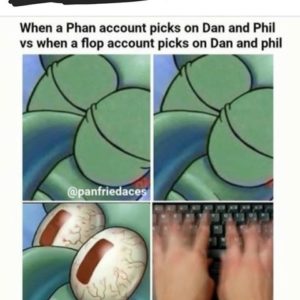 Imgrum
Flop accounts are primarily found on Instagram, where creators post images and videos introducing controversial topics that they believe represent a “flop” or failure of some sort. The topic introduced in the image or video is usually debated in the comments section of Instagram, with followers weighing in on why the “flop” is cringeworthy (or not).

The origin of flop accounts is up for some debate, but one of the most popular origin stories focuses on accounts created to poke fun at YouTube stars who made Instagram users cringe. Now the accounts cover far more wide-ranging topics, from politics to racism to LGBTQ issues. 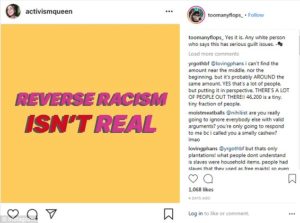 Flop accounts typically use some form of the word flop in the handle for their accounts, and the hashtag “#FlopAccount” is used to help Instagrammers interested in these types of accounts find the content.

i can’t think of a pinned omg, going 🚀 flop account 😔

i think the pronoun thing is 95% of the time unintended. and the less able thing. it’s hard to tell through a short video. and a lot of people post themselves and a lot of musically accounts post themselves as flops. but i can see the frustration it’s all about just understanding where they’re coming from too (@musical.ly_fl0ps )

This is not meant to be a formal definition of flop account like most terms we define on Dictionary.com, but is rather an informal word summary that hopefully touches upon the key aspects of the meaning and usage of flop account that will help our users expand their word mastery.