Indica is a classification of marijuana, known scientifically as Cannabis indica. Indica strains of marijuana are known for their relaxing, therapeutic qualities and for providing chronic pain relief.

Where does indica come from? 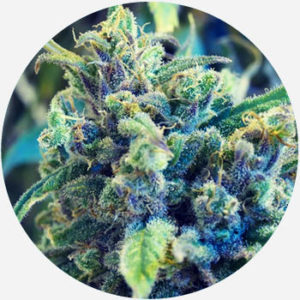 The term indica was attributed to certain varieties of the cannabis plant during the 18th century. French naturalist Jean-Baptiste Lamarck classified the plant while researching specimens brought to him from India. Lamarck is credited with drawing the distinction between the two major varieties of cannabis: Cannabis sativa and Cannabis indica. He observed that the Cannabis indica plant grew shorter than its counterpart, but had wider leaves. The name indica, modern Latin for “of India,” references the plant’s nativity to India, though it’s widely grown elsewhere since Lamar’s identification of it there. The term gained greater currency in the later 20th century with the expansion of home and commercial cannabis production, propelled especially by a desire for greater variety of marijuana strains.

With the growing legalization of marijuana in the US, indica has entered popular culture as well. In a 2006 episode of the TV sitcom The Office, for instance, a character identifies a specific type of marijuana: “That is Northern Lights, Cannabis indica.” BuzzFeed, as another example, made a humorous personality quiz in 2015 to help a person determine if they were a sativa or indica person, a difference popularly debated among marijuana enthusiasts.

I need sativa during the day and indica for the night
@GGMELLOO, February, 2018
Who’s sparking up right now? #Retweet for #sativa #fav for #indica…
@WildlingOrganic, February, 2018
Indica strains are believed to be physically sedating, perfect for relaxing with a movie or as a nightcap before bed.
Bailey Rahn, Leafly, July, 2014
SEE MORE EXAMPLES

Indica is used when discussing cannabis cultivation. It’s also commonly used by marijuana dispensaries to help patients or customers distinguish between different strains of the cannabis plant. Recreational cannabis users will also regularly refer to indica when talking about the drug.

Traditionally, Cannabis indica strains are associated with sleepiness, relaxation, and pain relief. In contrast, Cannabis sativa strains are considered more uplifting and energetic. However, there has been considerable debate over the application of these terms. Contrary to popular belief, some claim there’s little difference between the effect of the two species.

Indica strains are known by dozens of slang terms within cannabis culture. Common nicknames are purple or grapes, which references the dark purple color of some Cannabis indica plants.

This is not meant to be a formal definition of indica like most terms we define on Dictionary.com, but is rather an informal word summary that hopefully touches upon the key aspects of the meaning and usage of indica that will help our users expand their word mastery.