What does It's Everyday Bro mean?

It’s Everyday Bro is the title of one of the first songs and music videos released by YouTuber Jake Paul and his social-media crew. Its tagline is a lightning rod for those who love—and hate—Jake Paul.

Where does It’s Everyday Bro come from? 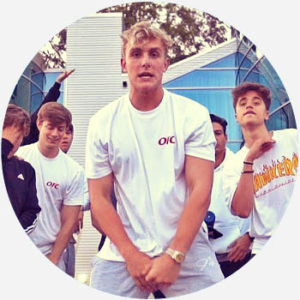 Released in May, 2017, It’s Everyday Bro is the title of one of the first major hits from massively popular YouTube creator Jake Paul.

In the video, Jake Paul and members of his social-media entourage Team 10 sing (sort of) and rap (kind of) about money, luxury cars, and the team’s newfound success—all of which he boasts is just part of his everyday life, bro, in the chorus.

Allegedly, It’s Everyday Bro was written, recorded, and taped in one day, though this hasn’t been fact checked.

PewDiePie, another YouTube creator mentioned in the song, reacted to Jake Paul’s diss of him in the song, sarcastically commenting in a reaction video that he “wants to die more than I’ve ever died before” after listening to the song. (Same, PewDiePie. Same.)

Jake Paul’s ex-girlfriend Alissa Violet is widely believed to be the “you” referenced in the song:

Yeah, I’m talking about you, you beggin’ for attention
Talking shit on Twitter too but you still hit my phone last night
It was 4:52 and I got the text to prove
And all the recordings too, don’t make me tell them the truth.

Alissa Violet partnered with creator RiceGum to release Its EveryNight Sis in June, 2017, a clever response to her takedown.

Opinion about It’s Everyday Bro is divided, much like people’s feelings about Jake Paul.

Some users get into its original intention, using the phrase it’s everyday bro as a way to flaunt their successes or self-confidence. Stickers and other merchandise are available to broadcast the grandstanding lyrics from the song for buyers who want them.

Many other users, like PewDiePie, would rather have the world come to an end than hear about the song ever again.

i just heard a little kid yell “it’s everyday bro, with the disney channel flow” the world is ending soon

As with most viral sensations, the It’s Everyday Bro song, video, and tagline have seen a few parodies.

On the nice list is merchandise sports puns on the tagline, like a t-shirt from Redbubble that reads “It’s Christmas Day Bro.”

On the naughty list, there’s Bart Baker’s parody and others like it, which take shots at members of Team 10.

This is not meant to be a formal definition of It’s Everyday Bro like most terms we define on Dictionary.com, but is rather an informal word summary that hopefully touches upon the key aspects of the meaning and usage of It’s Everyday Bro that will help our users expand their word mastery.