What does Let It Go mean?

Let It Go is a hit song from Disney’s 2013 animated film Frozen.

Where does Let It Go come from? 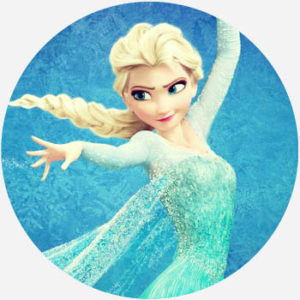 Frozen is the story of two sisters, Anna and Elsa, who are princesses of a fictional mountain kingdom. The elder sister, Elsa, has magical ice powers that she has been forced to hide and suppress her whole life—until she accidentally reveals them at her coronation as queen.

Elsa then flees to the cold, remote mountains, where she sings “Let It Go,” finally accepting her magic powers and letting go of the pressures to hold back her true self.

“Let It Go” was one of the first songs written for Frozen by Kristen Anderson-Lopez and Robert Lopez. The song actually changed the plot of the film by portraying Elsa more sympathetically, as she had previously been written as the villain.

“Let It Go” was sung by Idina Menzel, who also voiced Elsa in the movie.

Upon Frozen‘s release, “Let It Go” became an international hit, winning such accolades as the Academy Award for Best Song, a Grammy, and a Billboard Music Award. Singer Demi Lovato recorded a popular single of the song later in 2013, and Menzel performed it live in New York City on New Year’s Eve 2015.

Examples of Let It Go

Let It Go, Let It Go: New Research Says It's Better For Your Health
Kerry Lengyel, Veterinarian's Money Digest (headline), April, 2018
My 5yo: Hey Daddy? Me: Yes? My 5yo: Why shouldn’t you give Elsa in Frozen a balloon? Me: Why? My 5 yo: Because she’ll let it go. #soproud
@SepticLimey, April, 2018
[K]ids everywhere are still singing the movie's anthem, "Let It Go."[...]Heck, it's now probably stuck in your own head right now, even if you've never seen the film.
Nadia Kounang, CNN, August, 2017
SEE MORE EXAMPLES

Who uses Let It Go?

“Let It Go” is very familiar to fans of Frozen, including young children and their parents. Many people comment, or complain, about the song as an earworm.

Due to the song and film’s great success, it is also a well-known piece of pop culture alluded to in casual conversation. Some people humorously break into the song (or post GIFs, memes, or clips of it online) when telling someone they need to let some matter go in their personal lives.

Especially among young people, “Let It Go” may also be often referenced in more serious situations concerning personal freedom or mental health, both themes that the song and character address.

Let it go is also a general phrase meaning to “stop thinking or being upset over something,” the inspiration for the lyrics and song title. Popular media may accordingly pun on the Frozen song.

This is not meant to be a formal definition of Let It Go like most terms we define on Dictionary.com, but is rather an informal word summary that hopefully touches upon the key aspects of the meaning and usage of Let It Go that will help our users expand their word mastery.