Feedback
ManBearPig
May the Fourth be wi...

What does mask off mean?

Mask Off is the title of a hit 2017 song by rap artist Future. The song inspired a viral challenge called the Mask Off Challenge on social media, featuring  young black musicians remixing the song with classical instruments.

Where does mask off come from? 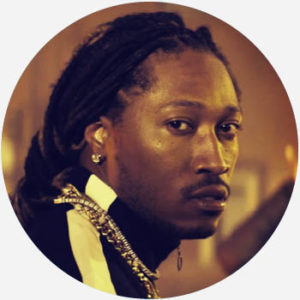 The phrase mask off is a reference to taking off a facade and revealing the truth underneath.

In February, 2017, American rap artist Future released a song titled “Mask Off.” It was this song that skyrocketed the phrase’s popularity, with Google searches spiking in May, 2017 when the song hit its peak position (#5) on the Billboard music charts.

The lyrics of the song describe Future’s journey from humble beginnings to stardom. In the chorus, he notably raps: “Chase a check, never chase a bitch / Mask on, fuck it, mask off.” The lyrics imply he is willing to go for what he wants (e.g., a “check,” or money and success) without pretending to be someone he isn’t (the performances one may put on when pursuing a woman).

The song “Mask Off” soon after inspired a viral social-media trend among young black musicians called the Mask Off Challenge. It entailed musicians recording the hook of the song—a tune from the 1978 musical Selma—on acoustic orchestra instruments, commonly strings or woodwinds. Video posters presented themselves as if taking off a metaphorical mask to reveal their true selves, rebutting a stereotype about young black musicians are not interested in classical musical. These videos were shared on social media with the hashtag “#MaskOffChallenge.”

As with many viral video trends, the #MaskOffChallenge inspired jokes and spinoff challenges. Some social-media users parodied the lyrics of the song or the challenge itself, often poking fun at rap culture in the process by recontextualizing the song.

Notably, many women have adopted the hashtag “#MaskOffChallenge” as a reference to not wearing makeup, often referred to as a mask.

Examples of mask off

scorpio moon got folks like: fuck it mask off.
@slick_vibes, April, 2018
Had to hit that Future "Mask off" beat was too hott 🔥🔥🔥🎤🎺 #maskoffchallenge #maskoff #pressplay #Future @WORLDSTAR
@Tony_Amani, April, 2017
June is Acne Awareness Month, and we’re getting real about skin and the many emotions that can come with it. We enlisted three influencers to take our “Mask Off” challenge, removing their makeup and sharing their acne stories.
Devon Kelley, Yahoo, June, 2017
SEE MORE EXAMPLES

Who uses mask off?

Mask off is widely referenced on social media with respect to Future’s song and the #MaskOffChallenge. Popular media also humorously mention Future’s “Mask Off” when a person is wearing an actual mask (e.g., around Halloween or an athlete wearing protective gear on their face).

People may also use mask off in casual speech and writing to refer to being their true selves. These uses may intentionally allude to the Future song, especially when authoritatively placed at the end of a statement or sentence, as Future does in his lyrics (e.g., Quit being fake, people. Mask off.). These uses may also draw on the earlier, general expression of taking one’s mask off, a common metaphor for being authentic, which ostensibly inspired Future’s lyrics.

This is not meant to be a formal definition of mask off like most terms we define on Dictionary.com, but is rather an informal word summary that hopefully touches upon the key aspects of the meaning and usage of mask off that will help our users expand their word mastery.

ManBearPig
May the Fourth be wi...
Home / Words / Pop Culture / mask off