What does meta mean?

Dude, like, what if I had a definition of the word definition here? That would be so meta.

Meta is when something refers back to or is about itself, like a book about books or a meme about memes.

Where does meta come from? 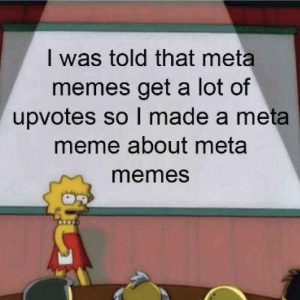 Meta comes from the Greek prefix and preposition meta, which means “after” or “beyond.” When combined with words in English, meta- often signifies “change” or “alteration” as in the words metamorphic or metabolic.

The prefix meta- is notably used in metaphysics, a form of which is recored in the 14th century for philosophy concerned with the first principles of things, the nuts and bolts of reality and existence. Heavy stuff.

Meta-, here, suggests “transcending” or “overarching,” helping it become a synonym for “self-referential” by the 1980s in postmodernism and popular culture, used for creative works that alluded to their own form, genre, tropes, or other conventions. Think art about art. One early instance, for example, described an appearance of a real-life TV news anchor of Murphy Brown, a sitcom about a fictional anchor, as meta. 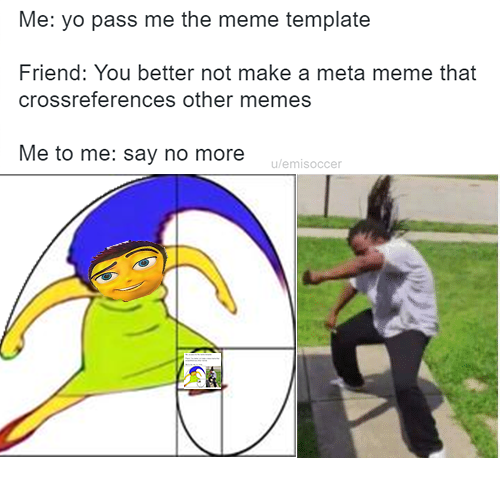 In the 1990s–2000s, meta took special root in online gaming communities when discussing the most successful strategies, characters, or weapons. While some claim this meta is an acronym for Most Effective Tactic Available (a folk etymology), it is short for metagaming, using knowledge about the game itself to beat the “game” of mastering that game.

In the late 1990s, metagaming was used in games like Dungeons & Dragons to refer to an in-game character unfairly using information gathered outside of the game world by their player. That’s pretty meta. Meta has gone on, in the gaming world, for anything out of the universe of the game used to affect the universe in the game—cheating, in a nutshell, and making the game less fun for more earnest players.

Fortnite, I love you, but this meta needs to be snuffed ASAP. Return shotguns to their former glory.

I just watched Cabaret in Berlin in German and it was FAR TOO META
@shaynatoh, July, 2018
it's so meta reading "millennials are lazy" articles from media outlets that paid me in exposure
@jpbrammer, June, 2016
One meta joke that didn't make it into the film, however, would have poked fun at the fact that Benedict Cumberbatch and Robert Downey Jr. have both played a certain turn-of-the-century London-based detective.
Josh Weiss, Syfy, August, 2018 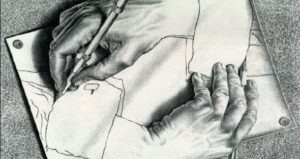 True to its history, meta can be prefixed (e.g., meta-defintion). It can act as a simple modifier (e.g., He made a meta comment on Facebook). It’s often used in the predicate, though, as in that video was so meta.

Examples of meta are often found in fine arts, with, say, paintings of paintings or photographs of photographers.

Popular culture has also gone meta, with cartoons showing their self-awareness as cartoons of films mocking the tropes of film.

The ironic, self-parodying culture of the internet makes it a hotbed for meta.

I haven't been tweeting much today. I suppose this is a meta-tweet, about tweeting.

is walking by the Twitter offices in South Park. Oddly meta?

Nowhere is this truer than memes, which, when they become quickly popular, instantly get remixed into other memes or into memes about their own viral meme-dom. 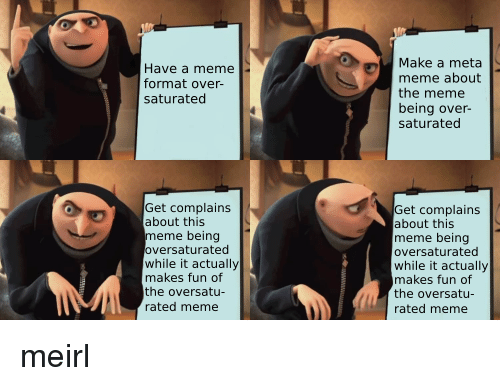 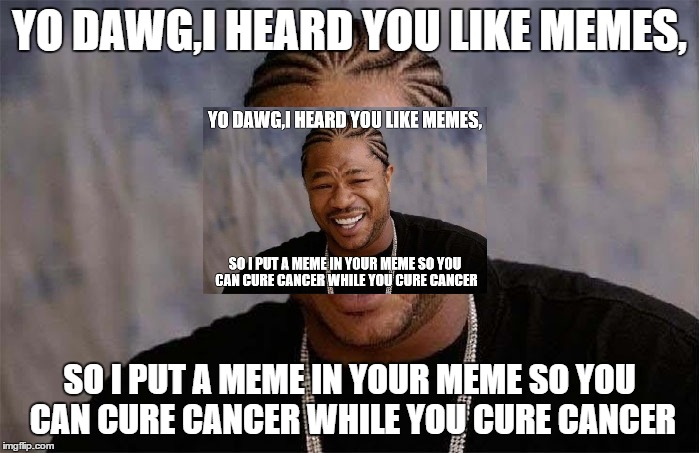 This is not meant to be a formal definition of meta like most terms we define on Dictionary.com, but is rather an informal word summary that hopefully touches upon the key aspects of the meaning and usage of meta that will help our users expand their word mastery.