What does MMO-Champion mean?

MMO-Champion is a popular internet forum where fans of the online game World of Warcraft share tips, news, and previews.

Where does MMO-Champion come from? 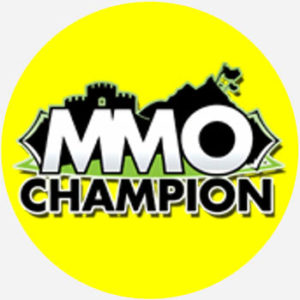 The name of the website MMO-Champion.com comes from the abbreviation MMO(RPG), which stands for massively multiplayer online (role-playing games) like World of Warcraft, and champion, a “winner” or “victor” in a contest. 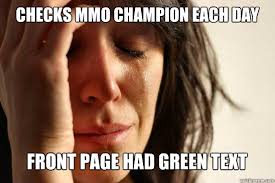 MMO-Champion started in March, 2007. It’s managed by Boubouille, the username of a French writer and World of Warcraft gamer who launched the site in 2007, along with a handful of forum moderators and special project developers working for Major League Gaming. As with most fan-forum websites, its mission is to provide a place for gamers to connect online about their favorite hobby—and for some, profession.

I didn't find anything on patch notes, hotfix news or forums, but I did see it on MMO-Champion that they'd fixed the whole AFK-Argus-Invasions thing apparently.
@skulldaisygimp, February, 2018
MMO Champion is the guy in the office that KNOWS you recorded Game of Thrones to watch later but is going to tell you what happened anyway
@warcraftstats, May, 2014
According to datamined changes found by MMO-Champion, Arcane Torrent has undergone a transformation, and it’s not for the better. Now, instead of a silence, Arcane Torrent will dispel one beneficial buff from all enemies within 8 yards, while still restoring some resource.
Patrick Ross, Adventures in Poor Taste!, April, 2018
SEE MORE EXAMPLES

MMO-Champion has a reputation for being on top of the latest buzz about online games such as World of Warcraft.

People on the MMO-Champion forums speculating the expansion will be out end of spring or even during the first part of summer pic.twitter.com/UAsIGPZjMa

It’s most common to find the website in the news when someone on the forums leaks a major feature, release date, or hack about a popular game.

Early on, MMO-Champion gained a bit of a reputation for overwhelming other websites with traffic. It wasn’t uncommon for a gaming website to get MMO-Champ’t, crashed by a sudden high volume of gamers responding to a post about the website. It just goes to show how many people follow the MMO-Champion forums. World of Warcraft itself has had over five-million subscribers across the globe during the 2010s.

MMO-Champion forums have also expanded to cover politics and other non-gaming topics. Most of the threads on these off-topic forums tend to get a little … well, controversial.

Christ, I need a drink. pic.twitter.com/JPGOOGvYvD

MMO Champion’s Recent Forum POsts box is the best argument against ever, ever using them for anything at all. pic.twitter.com/UAPeLezIjL

This is not meant to be a formal definition of MMO-Champion like most terms we define on Dictionary.com, but is rather an informal word summary that hopefully touches upon the key aspects of the meaning and usage of MMO-Champion that will help our users expand their word mastery.