no rest for the wicked

What does no rest for the wicked mean?

Originating as a biblical quote, no rest for the wicked is a proverb that means evil-doers will face eternal punishment, popularly extended to mean that one’s work never ceases.

Where does no rest for the wicked come from? 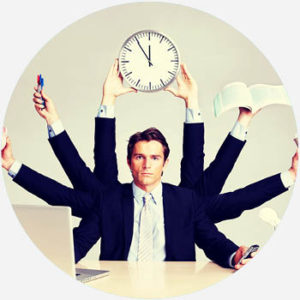 No rest for the wicked begins as no peace for the wicked in a 1425 rendering of the Old Testament’s Book of Isaiah 48:22: “The Lord God said, peace is not to wicked men.” The sentiment is echoed in Isaiah 57:20, which in the King James Version reads: “But the wicked are like the troubled sea, when it cannot rest, whose waters cast up mire and dirt.”

The now familiar version of the saying, no rest for the wicked, is recorded in a 1574 translation of a sermon of John Calvin. In Christian theology, the passage is interpreted as meaning that unrepentant sinners (the wicked) will meet with damnation upon death (no peace/rest).

The biblical passage made its way into secular metaphorical contexts by the early 1700s, taking on a humorous tone by the 1800s and conveying that work and responsibilities never cease, originally with a tongue-in-cheek implication that it’s due to their sinful (lazy) ways. The saying is usually used with reference to the speaker (e.g,. I’d love to stay and chat longer, but I’ve got a report to finish. No rest for the wicked!). A 1933 comic strip of Little Orphan Annie, where Annie has to keep after an old miser who keeps putting off replacing a church organ, used the phrase as its title, which may have helped popularize its ironic use.

Over time, no rest for the wicked maintained its humorous tone but contemporary uses often omit any implication that one’s ongoing work is due to any faults—as if it’s just the nature of being a modern worker. The saying has become common enough to feature in popular titles. For example, heavy metal rocker Ozzy Osbourne named his 1998 album No Rest for the Wicked, alluding both to the proverb and the darker, morbid imagery of his style and music.

Examples of no rest for the wicked

Who uses no rest for the wicked?

Familiar to religious and secular people alike, no rest for the wicked is sometimes used truer to its biblical origins to encourage children to behave or in reference to the punishment of criminals.

Perhaps more commonly, no rest for the wicked is used as a humorous stock phrase issued when someone is simply very busy or to characterize that there’s always work to be done (e.g., The year-end report is finished. Now, to start collecting the data for next year’s…No rest for the wicked.). In this use, wicked perhaps implies the opposite of the wicked person in the original or early extended proverb: people who just can’t be idle and always have a lot going on in their lives.

As Osbourne’s album suggest, no rest for the wicked has been used as a title for numerous creative works, including songs, albums, episodes of television, webcomics, and films, including the 2003 fantasy webcomic by Andrea Peterson and a 2014 song by Swedish performer Lykke Li. Evoking the original sense of the proverb, the titles are often applied to works about wicked or flawed people who are laboring to complete something in spite of their failings.

A closely related expression is no rest for the weary, a proverb that says that one must keep working no matter how tired they get.