Nutflix is a fake startup company made up by comedian John Oliver in support of net neutrality in 2014. Oliver imagined it to play only videos of men getting kicked in the crotch, though many others propose it as a name for adult film rental or streaming services.

Where does Nutflix come from? 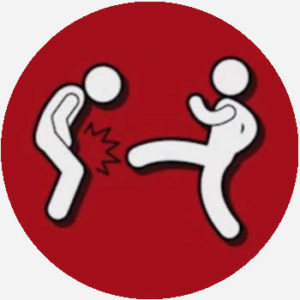 In 2003, an internet user facetiously proposed Nutflix for a pornographic DVD rental company—a term, concept, and apparent hope that continued to 2010, when it was so defined on Urban Dictionary.

On a 2014 episode of his HBO news-satire show Last Week Tonight, comedian John Oliver blasted policies against net neutrality by arguing an internet “fast line” would allow powerful entities, like Netflix, to squeeze out his rhetorical startup, Nutflix, which he imagined exclusively showed videos of men getting kicked in the nuts—just like Oliver feels the elimination of net neutrality does for consumers.

Oliver’s segment went viral, as the comedian’s work often does, ushering Nutflix into meme-dom. By the end of the year, searches for Nutflix soared, perhaps from people hoping Oliver’s site was real. Merchandise and Facebook pages popped up,too.

Nutflix usually refers to the imaginary company by John Oliver, which means the term has also become associated with fights for net neutrality.

This is not meant to be a formal definition of Nutflix like most terms we define on Dictionary.com, but is rather an informal word summary that hopefully touches upon the key aspects of the meaning and usage of Nutflix that will help our users expand their word mastery.