What does pay it forward mean?

Pay it forward is an expression for when the recipient of an act of kindness does something kind for someone else rather than simply accepting or repaying the original good deed.

Where does pay it forward come from? 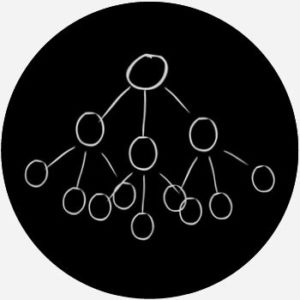 The concept of pay it forward is ancient. We can find it explored in literature ranging from Ancient Greek comedies to Benjamin Franklin’s letters. Ralph Waldo Emerson, for one, developed a theory of it in his 1841 essay “Compensation”: “In the order of nature we cannot render benefits to those from whom we receive them, or only seldom. But the benefit we receive must be rendered again, line for line, deed for deed, cent for cent, to somebody.”

The actual phrase pay it forward, however, was most likely coined in 1916 by author Lily Hardy Hammond in her novel In the Garden of Delight, where she wrote a bit of wordplay: “You don’t pay love back; you pay it forward.” Celebrated sci-fi author Robert Heinlein is credited with popularizing the term in his 1951 book Between Planets. Heinlein later started a humanitarian organization, the Heinlein Society, known for abiding by a pay it forward philosophy. It is dedicated to teaching it to others.

The phrase and concept inspired an award-winning 1999 novel by Catherine Ryan Hyde, which features a young protagonist who launches a pay it forward campaign. Hyde then established the Pay It Forward foundation, committed to spreading various acts of kindness around the globe. Her novel was adapted into a major motion film in 2000, further helping to make pay it forward a household phrase and inspiring Pay It Forward Day, April 28th, organized since 2007.

Some also consider the pay it forward philosophy as a basis for the theoretical economic model called “the gift economy,” where commodities and services are traded without explicit contracts or debts.

Examples of pay it forward

Yvette Thompson makes an impact on Akron’s youth who in turn pay it forward
Yvette Caslin, Rolling Out, January, 2018
Ellen DeGeneres was moved to tears by wife Portia de Rossi’s birthday gift on Thursday (and TBH, so were we), and on Friday, the beloved host paid it forward by giving her audience a whopping $1 million, in a gesture that brought plenty of them to tears, too.
Desirée O, BRIT + CO, February, 2018
The idea that because I am an immigrant, I should walk around with my tail between my legs, is getting old. Being grateful does not mean never speaking up. On the contrary because of my gratefulness, I want to pay it forward.
@julissaarce, January, 2018
SEE MORE EXAMPLES

Who uses pay it forward?

Pay it forward is used by the general population in both oral speech and writing. While mostly in its original sense, the phrase is used to suggest a more general passing-along rather than a specific act of service.

Pay it forward is often used as an imperative appeal or encouragement, with doing it referred to as paying it forward or and having done it paid it forward.

This is not meant to be a formal definition of pay it forward like most terms we define on Dictionary.com, but is rather an informal word summary that hopefully touches upon the key aspects of the meaning and usage of pay it forward that will help our users expand their word mastery.