Everything After Z by Dictionary.com
Previous Word pretzel logic
Next Word proditiophobia

What does prodigal mean?

Prodigal refers to or describes someone who is extravagant, especially with money. It typically alludes to the biblical parable of the prodigal son.

Where does prodigal come from? 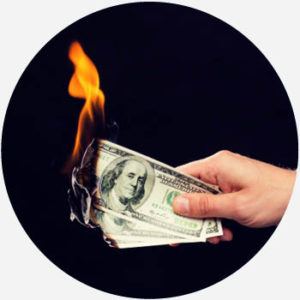 The adjective prodigal is evidenced in English in the 1400s, ultimately from the Latin prodigus, or “wasteful.” Then as now, prodigal characterizes someone who is reckless with money. Starting in the 16th century, a prodigal has occasionally named a spendthrift.

Prodigal has been especially used in reference to the biblical Parable of Prodigal Son (Luke 15:11-32). The story relates the tale of a disobedient son who leaves home and squanders his inheritance—only to return humbled, penitent, and celebrated by his father. Among Christians, the parable illustrates divine love and spiritual redemption. Prodigal child has been used in reference to the story since 1508, prodigal son since 1555. Prodigal daughter is evidenced by the late 1700s.

Thanks to the parable, prodigal itself has come to describe someone or something “wayward,” (e.g., the prodigal sheep wandered from the rest of the flock for greener pastures). It has also come to describe a “repentant return” more generally. For instance, when basketball player LeBron James returned to play for his hometown Cleveland Cavaliers in 2014 after leaving for a more glamorous, competitive Miami Heat, the popular press often referred to him as a prodigal son.

As a term for “lavish spending,” prodigal can often sound learned or stuffy, as the phrase is intimately associated with the parable. As such, prodigal is often allusively found in the phrase prodigal son/daughter/child in both formal and informal contexts for someone who reformed their reckless ways. Among Christians, prodigal is also frequently used in direct discussion of the parable.

This is not meant to be a formal definition of prodigal like most terms we define on Dictionary.com, but is rather an informal word summary that hopefully touches upon the key aspects of the meaning and usage of prodigal that will help our users expand their word mastery.