What does Side to Side mean?

🎶And boy, got me walkin’ side to side!🎶 Side to Side is a seemingly sweet 2016 pop song by Ariana Grande whose title and hook, Side to Side, actually refer to difficulty walking after vigorous sex.

Where does Side to Side come from? 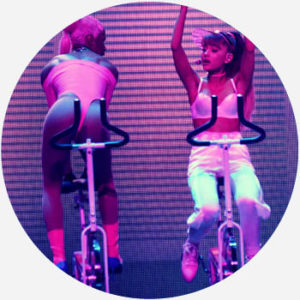 Long gone are the days of Cat Valentine, Ariana Grande’s innocent character on Nickelodeon’s early 2010s sitcom Victorious. In 2016, Grande released a collaboration with Nicki Minaj, “Side to Side,” which went to #4 on the Billboard charts.

Just before its official release, Grande and Minaj memorably performed the song at the 2016 MTV Video Music Awards. Their sexy athletic outfits—not to mention the exercise bikes—got many thinking that Grande wasn’t just implying she was feeling in love in her song’s chorus, “And boy, got me walkin’ side to side.”

Grande soon after confirmed that, yep, Side to Side is an ode to sex that is so vigorous (rigorous?) that she can’t walk straight the next day, having to hobble side to side as if after an intense cycling workout because your thighs are so sore—or as her uncensored lyrics make plain, because of “riding dick bicycle.”

The phrase side to side itself dates back to the 1500s, and Grande’s use of it joins a long history of popular music hiding sex in its lyrics. The very name rock and roll, after all, began as a reference to sex.

Examples of Side to Side

Elbows up side to side / Like a cholo.
Down AKA Kilo, April, 2007
Jack just explained that the song Side to Side is about getting railed so hard you can't walk. SO MANY EMOTIONZ.
@lenadunham, August, 2016
Finally, we were blessed with “Side to Side,” a catchy pop tune featuring Nicki Minaj that’s all about having so much sex you can’t walk straight. (Yes, you read that right.)
Julia Brucculleri, HuffPost, August, 2016
SEE MORE EXAMPLES

Who uses Side to Side?

References to the song Side to Side often joke about people’s reactions when they first discover the double entendre. 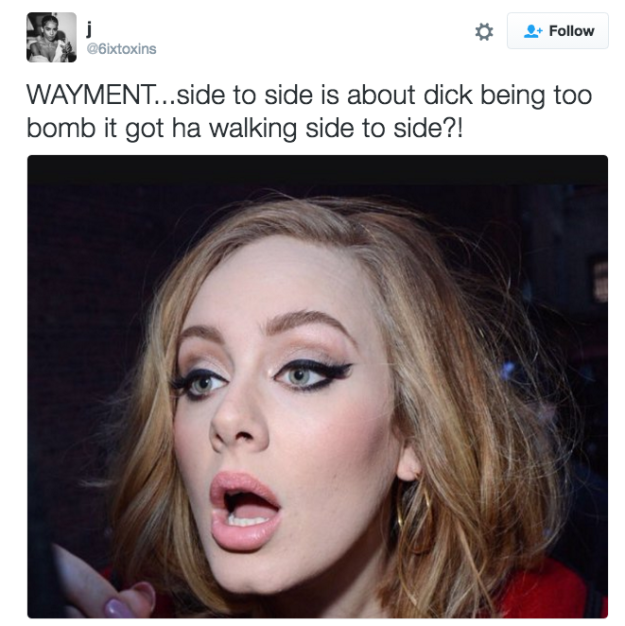 But many people have also embraced it, feeling Side to Side is a proclamation of sexual empowerment.

Nicki and Ariana took us on a sex journey! Getting on our knees to walking side to side after some good dick to going to bed and eating ass. Sex Ed with my Queens 😂 pic.twitter.com/5J0dGWM1Vz

Maeve McDermott of USA Today summed up the song as “female fierceness” and Rolling Stone included it as one of its 50 best songs of 2016 as no mere pop song, but an ode to great sex.

This is not meant to be a formal definition of Side to Side like most terms we define on Dictionary.com, but is rather an informal word summary that hopefully touches upon the key aspects of the meaning and usage of Side to Side that will help our users expand their word mastery.

shoryuken
slappy
Home / Words / Pop Culture / Side to Side