What does Suavemente mean?

From the Spanish for “smoothly,” Suavemente popularly refers to a 1998 Spanish-language song by Elvis Crespo. It inspired a popular meme in 2015 when it was compared to rapper Drake’s dancing in his music video for “Hotline Bling.”

Where does Suavemente come from? 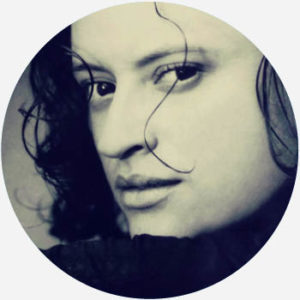 Originally released in 1998 as the title track of the debut album by Puerto Rican-American singer Elvis Crespo, Suavemente is a song in the merengue genre of Latin dance music. After its release, it topped the Billboard Hot Latin Songs chart for six weeks and charted on the Hot 100 at #84. Suavemente quickly became a Spanish-language standard in Latin music. The lyrics of the song are sensuous, repeating the line “Suavemente, bésame,” or “kiss me softly.”

In 2012, the song was covered and remixed as “Suave (Kiss Me)” by Latin singer Nayer, featuring Mohombi and prominent American rapper Pitbull. With lyrics sung in Spanglish, or a mixture of Spanish and English, Suavemente crossed over into mainstream American popular culture. Furthering its prominence was, unexpectedly, the release of the video for Drake’s single “Hotline Bling” in 2015. User @vuhsace notably posted a video on Twitter that October likening Drake’s dancing in the music video (a meme in it’s own right) to Latin dancing. @vuhsace then sang part of Suavemente over Drake’s video, which received viral attention online and prompted mashups of Drake’s video and the Suavemente song to spread online.

Suavemente continued to see some pop-culture use after 2015, including on the Netflix series House of Cards.

If you don’t drop what you’re doing & start dancing when Suavemente comes on, WHO ARE YOU
@eversincejess_, March, 2018
In 2006, el merenguero’s megahit “Suavemente” was the only Spanish song selected by the Discovery space crew to be listened to during their orbit around la luna.
Laurie Charles, New Times Broward-Palm Beach, May, 2015
I feel like suavemente is the one song everyone in the world knows. Like even if you don’t speak Spanish you hear Suavementeeeeeeeeee...[...]And you know is about to pop off.
@boomfamf, January, 2018
SEE MORE EXAMPLES

As noted, Suavemente has been popular in the Latinx community since its release in 1998. Since entering mainstream popularity, the song has become (and is referenced as) a party staple and a crowd favorite, the type that everyone gets up to dance to at an event.

Gaining popularity in both English- and Spanish-speaking populations, it is common to see the Spanish-language title Suavemente familiarly used in English (e.g., I know there’s a party when I hear the beginning of Suavemente). Internet personality @JValentino_ notably parodied Suavemente by singing an English translation of the lyrics. On the internet, people will also post the lyrics of the song, most of them highlighting the drawn-out way Elvis Crespo sings (e.g., Suuuuuuaveeementeeeeeee).

And, of course, in Spanish, suavemente is widely and variously used as an adverb for “softly,” “gently,” or “smoothly.”

This is not meant to be a formal definition of Suavemente like most terms we define on Dictionary.com, but is rather an informal word summary that hopefully touches upon the key aspects of the meaning and usage of Suavemente that will help our users expand their word mastery.