What does supercut mean?

A supercut is the name for a compilation of short video clips, usually from film or TV, highlighting some theme or motif.

Where does supercut come from? 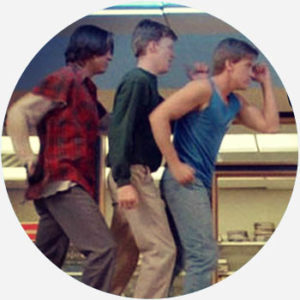 One of the first popular supercuts—of NCIS: Miami character David Caruso saying a one-liner and putting on his sunglasses—was uploaded to YouTube in 2006. In 2008, however, blogger Andy Baio is credited with coining the term, supercut, for these kinds of videos, though the term montage earlier described a similar concept. In a blog post dedicated to supercuts, Baio cites another popular example made from clips of the TV show Lost.

A cut is a film term for a transition from one shoot to the next, and super indicates the video is compiling very many cuts on a particular topic. In the late 2000s, the ability to quickly retrieve clips via the internet and YouTube, coupled with easy access to editing software, helped supercuts spread as both a form of entertainment and as a term.

Although supercuts were initially used for TV and film, supercuts also came to highlight politics and music. A popular political supercut was published on YouTube in 2011, editing together President Barack Obama variously saying the word spending.

Supercuts are especially popular during the end of the year, when content creators make videos mashing up what they think have been the best moments in media over the past year. Many of these are housed on YouTube and Vimeo.

Supercut of characters revealing that they actually speak the foreign language that others are using to talk shit in front of them.
@williambgoss, December, 2017
Can someone make a supercut of all the times bernie sanders has said "top 1 pahcent" & let me know if it lasts my est. length of 20 years?
@liakbeck, December, 2015
But, if you look back to the beginning of the series, Benioff and Weiss clearly had Jon’s journey planned. Now, a Game of Thrones fan has assembled seven seasons worth of hints into a single, non-linear supercut.
Blair Marnell, Nerdist, September, 2017
SEE MORE EXAMPLES

Since its origin in the late 2000s, the supercut has become a popular genre of digital content, with supercuts being made from classic films, moments in television, video games, and other filmed events.

Among cinephiles, supercuts are used on their own or in conjunction with video essays to make commentary on motifs in film or TV (e.g., all the times Homer Simpson says D’oh or characters saying It’s showtime! in different films). Websites featuring such supercuts include The Verge, No Film School, and AV Club.

Notably, pop singer Lorde entitled a song from her 2017 album Melodrama “Supercut.” In the song, Lorde compiles all the wonderful moments of a past relationship into a metaphorical supercut: “In my head I play a supercut of us / All the magic we gave off.” Lorde’s use demonstrates how supercut has evolved as a colloquial term for a figurative “montage” or “highlight reel.”

Supercut is also occasionally used as a verb for “to make a supercut” (e.g., I supercut a video of weather reporters accidentally swearing on air).

Unrelated is supercut, a haircut from the chain salon, Supercuts.

This is not meant to be a formal definition of supercut like most terms we define on Dictionary.com, but is rather an informal word summary that hopefully touches upon the key aspects of the meaning and usage of supercut that will help our users expand their word mastery.