What does Tope mean?

Tope is a ship (fictional relationship) of the characters Hope Brady and Ted Laurent on the soap opera Days of Our Lives.

Tope is also an occasional slang blend of tight and dope, like “very cool.”

Where does Tope come from? 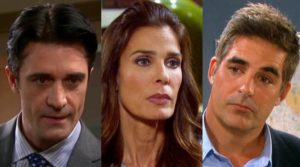 Days of Our Lives is one of the longest-running scripted shows on television. In spring 2019, many fans were on the edge of their seats wondering if the character Hope Brady (Kristian Alfonso) would leave her hubby, Rafe Hernandez (Galen Gering), to get with the slimy lawyer Ted Laurent (Gilles Marini).

Viewers blended the names Hope and Ted—yielding Tope and which trended as “#Tope”—together to discuss their possible pairing. (Hope staying with Rafe is referred to as Rope, and her relationship with her late husband, Bo, was called Bope.) Blending names together is common in fandom shipping.

Do you like Hope with Rafe or Ted? #Days #HopeBrady #Rope #Tope

But, this is far from the first time tope was in English. Among other senses, tope was once a verb in the mid-1600s century to describe “getting regularly drunk.”

This “drinking” sense has fallen away, but you may come across an occasional instance of tope, blending slang terms for “cool”: tight and dope, as Urban Dictionary has so recorded it since 2007.

When it's too tight to be dope, and too dope to be tight... It's tope 😏
@n_cagle1, November, 2015
Even if Ted has lost most of his sinister edge, I could still see #Tope working out because they are far more appealing than Rafe & Hope could ever be and at least I feel chemistry.  #Days
@SuperCoupleGal, March, 2019 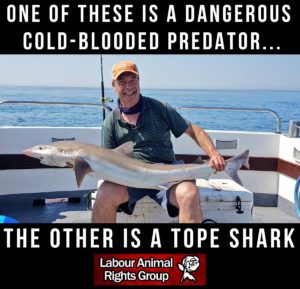 Tope is just the latest in a long line of shipping names in Days of Our Lives fandom. What if Hope becomes interested in some character named Nate? Fans not in favor could handily ship it … Nope!

Tope, as a blended slang term for something “extremely good,” is rare. People typically use it as a nonce bit of wordplay, spelling out their clever combination.

Tope definition: (adj., cool) A combination of dope and tight. Ex: I looked up my symptoms on WebMD & now I think I'm dying. So not tope…

Elsewhere in tope-dom, Tope is a relatively common Yoruba given name, short for Tiwatope or Temitope. Expect to see a few Nigerians of any gender with the name or nickname Tope.

Tope is also a kind of shark that lives around the British isles, a favorite of anglers.

This is not meant to be a formal definition of Tope like most terms we define on Dictionary.com, but is rather an informal word summary that hopefully touches upon the key aspects of the meaning and usage of Tope that will help our users expand their word mastery.