What does Wonderwall mean?

“Wonderwall” is a popular song by the British rock band Oasis. It has become associated with amateur guitar playing because the song is relatively easy to play.

Where does Wonderwall come from? 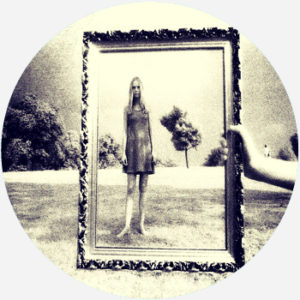 “Wonderwall” was released as a single in 1995, and hit number two on the UK pop charts on November 11 that year. The song also reached number eight on the Billboard Hot 100 list in the US in 1996.

Other performers started to cover “Wonderwall” almost immediately. An easy-listening version by the Mike Flowers Pops reached number two in the UK charts in December of 1995, less than two months after the original had been in the same spot. The song would go on to be covered from artists ranging from Ryan Adams to Jay-Z.

Amateur musicians also took to the song quickly. Oasis singer Noel Gallagher told Guitarist magazine that just six months after the song had been released, a guitar shop in Manchester was displaying a sign forbidding anyone from playing the song, because the employees had heard it too many times.

In March 2012, a picture labeled “Scumbag Amateur Guitar Player” was uploaded to the meme generator website We Know Memes. The picture showed a young man playing an acoustic guitar outside a tent, and was captioned “I don’t know that one…here, let me play ‘Wonderwall’ again.” Shortly thereafter, another picture of a different guitar player began circulating as the “douchebag guitarist” meme. “Douchebag guitarist” captions sometimes mentioned “Wonderwall.”

In December 2013, YouTuber Julia Banks uploaded a video titled “anyway here’s wonderwall,” in which she sings a parody of the song’s opening lines (“Today’s gonna be the day”) while playing the chords on a ukulele. Anyway, here’s Wonderwall has since been used as a caption on pictures of people or characters playing musical instruments. The gaming site IGN even used the phrase in a recap of the TV show Walking Dead to caption a picture of the character Glenn playing an acoustic guitar.

“i would give anything for the acoustic guitar duo playing at this brunch to say 'anyway, here's wonderwall' and launch into it”
Case Morell @csymrl Twitter (April 9, 2017)
“I always thought that the 'Wonderwall douchebag guy at a party' was a myth that was blown out of proportion. Then, last summer I was at a party and this guy was playing Wonderwall.”
Andjhostet Reddit (Dec 12, 2015)
“''Wonderwall' stood out for its simplicity,' the A.V. Club wrote. That's why, 20 years later, everyone with a pick plays the song, but 'simple' doesn't mean 'bad.'”
Kate Beaudoin, “The Story Behind Oasis' 'Wonderwall' Will Make You Like It Even More,” Mic (April 29, 2015)
SEE MORE EXAMPLES

Because “Wonderwall” is considered relatively easy to play on guitar, it has become commonly associated with amateur guitarists. As such, the song can be perceived as unimpressive, overplayed, and even obnoxious, and is used as the butt of jokes, especially targeting guys who play like to play guitar at parties but aren’t very good. One meme shows a smiling man playing guitar by the ocean with the caption: “Hey bro, can I see that for a second? Wonderwall.”

Anyway, here’s Wonderwall is often humorously used to caption pictures of people playing guitars and other instruments. One picture, for instance, shows North Korean leader Kim Jong-un holding up a guitar before his generals with the caption, Anyway, here’s Wonderwall. Another shows a classical painting of boy playing a flute with the catchphrase.

This is not meant to be a formal definition of Wonderwall like most terms we define on Dictionary.com, but is rather an informal word summary that hopefully touches upon the key aspects of the meaning and usage of Wonderwall that will help our users expand their word mastery.