What does Yeehaw Agenda mean?

Spreading in 2018–19, the yeehaw agenda is a trend in the popular culture, especially in Black popular culture, featuring artists and celebrities drawing from cowboy/country culture in dress, music, or attitude.

Where does Yeehaw Agenda come from? 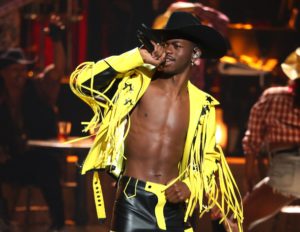 The phrase Yeehaw Agenda is attributed to Texas native Bri Malandro, who, in September 2018, used the phrase when retweeting pictures from a photoshoot of R&B singer Ciara in cowboy-themed clothes.

the yee haw agenda is in full effect https://t.co/Q66gLgzN6N

In a March 2019 interview with Jezebel, Malandro (who has applied to trademark it) said phrase plays on “the gay agenda” (a phrase once used to create fear about the acceptance of LGBTQ people in mainstream society). Yeehaw is an interjection associated with cowboys. Agenda has the sense of a plan, a movement—here, of celebrating Black artists, especially Black female musicians, styled in a cowboy aesthetic.

Malandro’s phrase had its finger on the cultural pulse, as cowboy clothing and country music has been a hot trend in 2018–19, especially in Black popular culture. (It has its antecedents in the late 1990s and early 2000s among the likes of Mary J. Blige and Beyoncé.) Examples include rapper Megan Thee Stallion’s cowboy-themed looks (and hot girl summer) and Lil Nas X’s records-breaking country-rap hit “Old Town Road,” initially boosted in part by the #YeeHawChallenge on the video app TikTok.

The Yeehaw Agenda has also generated meaningful discussions of the often forgotten or overlooked history of Black cowboys as well the role of Black communities in ranching, the historical American West, and country-western life. It has also opened thoughtful considerations of how cowboy aesthetics can empower marginalized groups, such as the Black LGBTQ community.

As of lately on Twitter, celebrity stans have been calling celebs dressed in cowboy style the “Yeehaw agenda/ movement”.
Carla Aurelie, Medium, February 2019
Now that y'all down for the yeehaw agenda, who tryna move out to the country with me and start a community of Black folks who live off the land in harmony?
@Satirony, April 2019 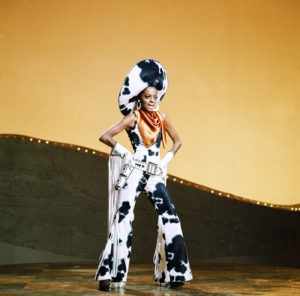 So I went to the Met Gala this Monday with my dear @TessaThompson_x and had the BEST time. Wanted to rep the Yee Haw Agenda so did some rural camp. pic.twitter.com/GdNsKrrs6p

Though it’s largely a fashion-based trend, the Yeehaw Agenda, as noted, has also created conversations about rethinking the conventions and histories of race, gender, sexuality, and identity in and through country-western culture.

"The Yeehaw Agenda isn’t just about cute clothes, it’s about the erasure of Black people from this history of farming and cowboy life. It is a reclamation, and a reminder that the history of fashion will always be intertwined with Black history."

The Yeehaw Agenda is especially associated with Lil Nas X, whose “Old Town Road” with Billy Ray Cyrus broke the record for spending the most weeks at No. 1 on the Billboard Hot 100 in July 2019.

This is not meant to be a formal definition of Yeehaw Agenda like most terms we define on Dictionary.com, but is rather an informal word summary that hopefully touches upon the key aspects of the meaning and usage of Yeehaw Agenda that will help our users expand their word mastery.