What does zero-waste travel mean?

Where does zero-waste travel come from? 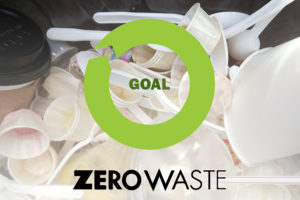 We Travel and Blog

Zero-waste travel is part of the zero-waste movement. This environmental movement picked up steam in the early 2000s to promote responsible production (eliminating packaging and toxins), sustainable consumption (use all you can), and reuse (whatever you can’t consume).

Zero-waste refers to the elimination of forms of harmful refuse, especially packaging that ends up in landfills and incinerators. Ultimately, a zero-waste lifestyle generates no trash–nothing that can’t be repurposed in some way. Recycling and composting are pillars of a zero-waste strategy. Reducing single-use plastics has also been a major focus in the late 2010s.

It wasn’t long before the zero-waste movement turned its eye towards travel. In general, traveling can be incredibly waste-intensive, from single-use travel toiletries, to plastic packaging, to the carbon emissions from planes and cars.

The phrase zero-waste travel is evidenced by at least 2012, when Amy Korst included a chapter on it in her book The Zero-Waste Lifestyle. The term, and concept, spread in 2015 with bloggers and vloggers documenting their own adventures in–and providing guides to–zero-waste travel.

How can we leave no trace while traveling? One way is through #zerowaste travel! In my latest blog post I break down zero waste travel, complete with a #packinglist for more #sustainabletravel
@inalocamotion, July 2018
Prepare your own zero-waste travel kit before you leave. In addition to your bringing your own food containers and cutlery, pack a small UV water purifier [– we use one called a Steripen –] so that you can always have safe drinking water and never have to buy any plastic bottles.
The Green Shoestring quoted by Sonalie Figueiras, South China Morning Post (headline), November 2018 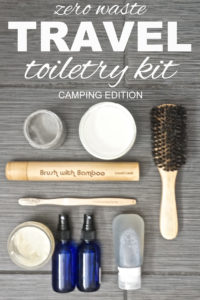 Sharing some highlights of a recent hike my mom and I took on Chincoteague’s National Wildlife Refuge in honor of the government reopening. Saw the ocean, a bit of trash, a wild pony, and some herons. Thanks @patagonia for helping me brace the wind even though I couldn’t keep my eyes open. #zerowastetravel #saveouroceans #zerowastetraveller #chincoteagueisland #chincoteague #beachcleanup #stoptheshutdown #governmentshutdown #keepouroceansclean #keepourparksclean

Travel companies, websites, and influencers may also write about zero-waste travel to promote their products and brands—and, above all, a greener lifestyle.

In late 2018, the company Natural Habitat Adventures announced that it will be creating the world’s first zero-waste trip to Yellowstone where all guests will be given a zero-waste toolkit with reusable items. Their aim is for all waste generated from the trip to fit into a single small container. Not quite zero waste, but close.

This is not meant to be a formal definition of zero-waste travel like most terms we define on Dictionary.com, but is rather an informal word summary that hopefully touches upon the key aspects of the meaning and usage of zero-waste travel that will help our users expand their word mastery.