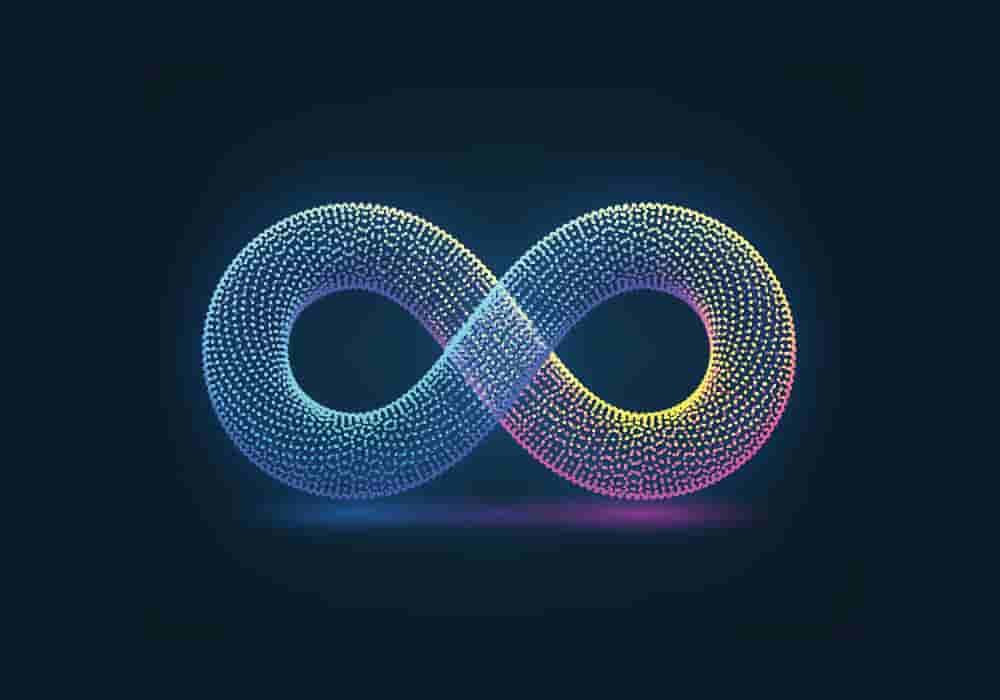 When it comes to large numbers, we've got lots to discuss. You might say there's an infinity of ways to talk about numbers so large they are written in scientific notation or exist only in the imagination.

While terms like million and infinity have been in use for hundreds of years, newer terms such as gargantuul debuted more recently. With this in mind, we thought we’d take a look at some of the vocabulary, definitions, and linguistic trivia surrounding large numbers. Who knows? You might be inspired to invent your own ... or at least find math a little more interesting.

Speaking of infinity ... in mathematics, infinity refers to "an indefinitely great amount or number" or "a number that is larger than all other numbers."

John Wallis (1616–1703) is credited with introducing the infinity symbol in 1655. It has been conjectured that Wallis chose the symbol as a variant of a Roman numeral 1,000 (CIƆ, also CƆ).

Philosophers and mathematicians, from Zeno of Elea (c.495–430 BC) to Isaac Newton (1642–1727) and beyond, have studied the nature and concept of infinity. One example of the questions posed by infinity is Zeno’s dichotomy paradox.

The paradox imagines that Homer (legendary author of the Iliad and the Odyssey) wishes to walk to the end of a short path. Before he can get there, he must get halfway there. Before he can get halfway there, he must get a quarter of the way there and so on. To get to the end of the path, Zeno argues, would require Homer to complete an infinite number of tasks (i.e., crossing progressively shorter and shorter distances). The fact that Homer can do so is, therefore, a paradox and quite an achievement.

If you’ve made it to the end of this slide without being confused, that’s quite an achievement, too … on to the next! 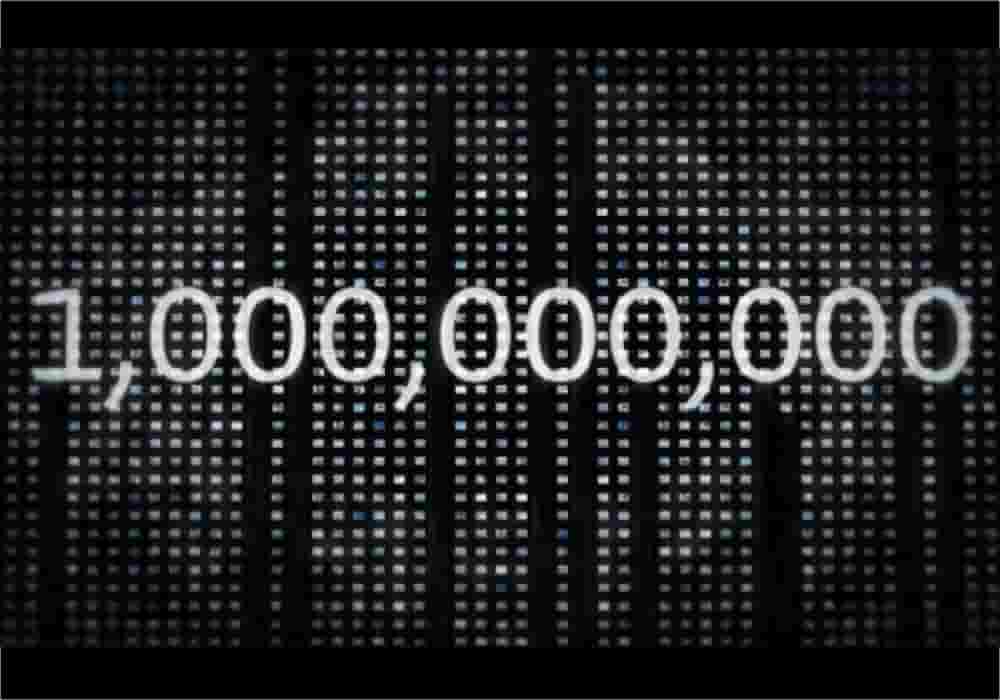 Billion was coined by Frenchman Nicolas Chuquet in 1484, bringing together the prefix bi- meaning "two" and million. It was first used as an English term toward the end of the 17th century.

Outside the purely mathematical, we are probably most used to encountering the word billion in financial and political contexts.

A little history about billion: it has two distinct definitions depending on the use of either long or short mathematical scales.

In 1974, the British government officially adopted the short scale definition as well. 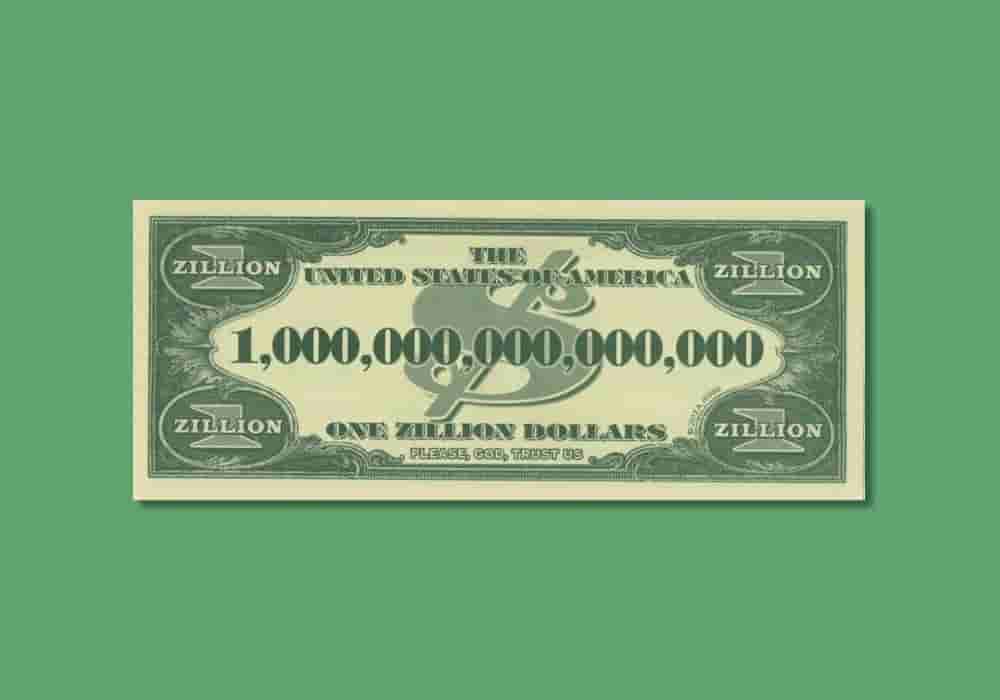 Zillion is an informal word meaning "an extremely large, but not exact, number."

The first known use of zillion was in 1934. It has since gone on to inspire other similar slang words, including jillion (by 1939) and even gazillion (by 1984).

Zillion is commonly used in speech as a way to exaggerate the amount of something. And it has some written uses too—especially in children’s fiction. 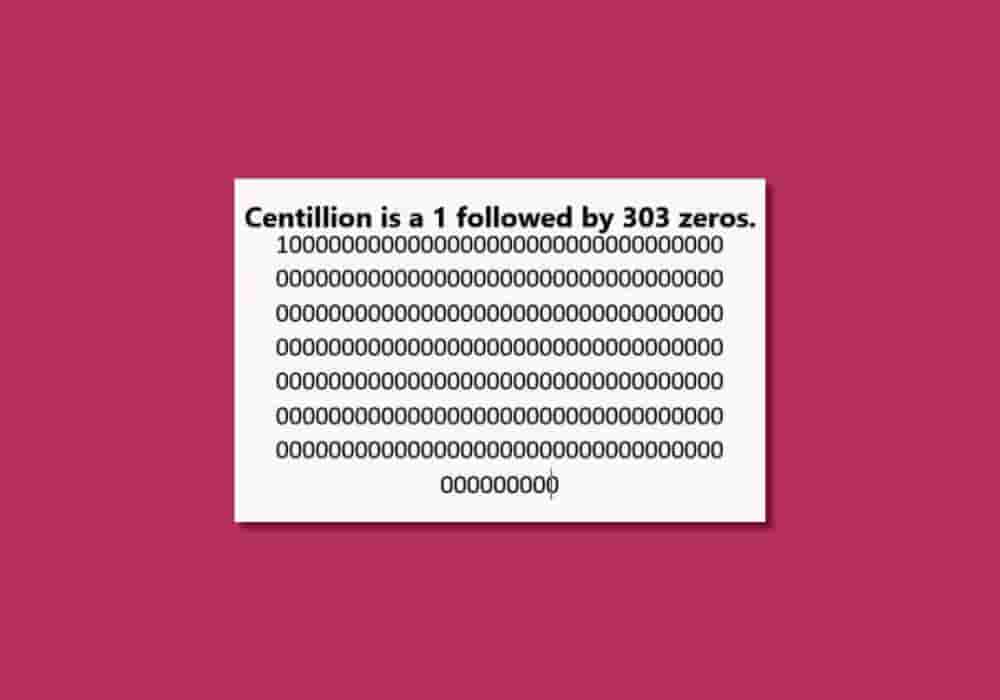 Centillion is a number equal to one followed by 303 zeros, yup 303.

It first appeared in French in the 1840s and in American English in 1852. It combines the prefix centi- meaning "one hundred" and million. In both languages it was originally used to refer to "1,000,000 to the hundredth power."

Centillion highlights the problem of assigning linguistic meaning to numerical values. In other words, it gets more difficult to talk about numbers as they grow bigger.

Math fact: in mathematics, centillion refers to 10303  or 10 600 according to whether short or long scale definitions are used.

Until 1940, centillion was the largest lexicographically (that means it's in the dictionary) recognized number in the English language. 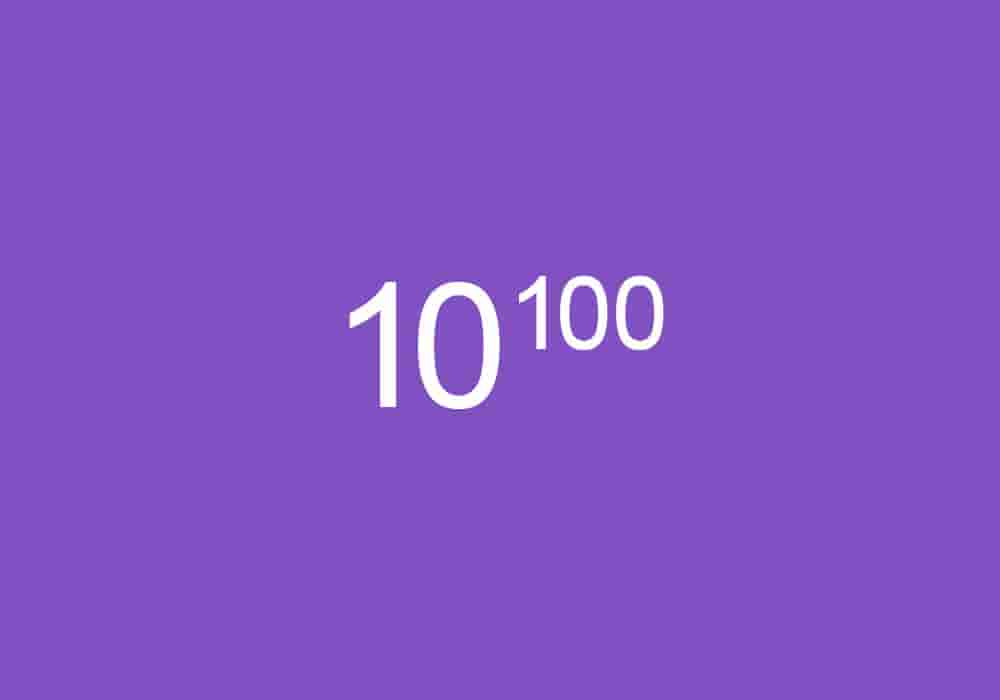 Kasner popularized the concept when he published Mathematics and the Imagination in 1940. The word also inspired the coinage of the googolplex, which refers to 10googol or, equivalently, 10(10100) . Googolplex was once described by its inventor as the number one "followed by writing zeros until you got tired."

In 1998, the word googol was chosen by founders Larry Page and Sergey Brin as the name of their new search engine, Google. Page and Brin chose the word to suggest their website would provide vast quantities of information. The name Google, rather than being a deliberate change from the original googol, is in fact an accidental misspelling.

In 2004, members of the Kasner family, who own the copyright to Mathematics and the Imagination, considered suing Google for their use of the term. However, no lawsuit was ever filed. 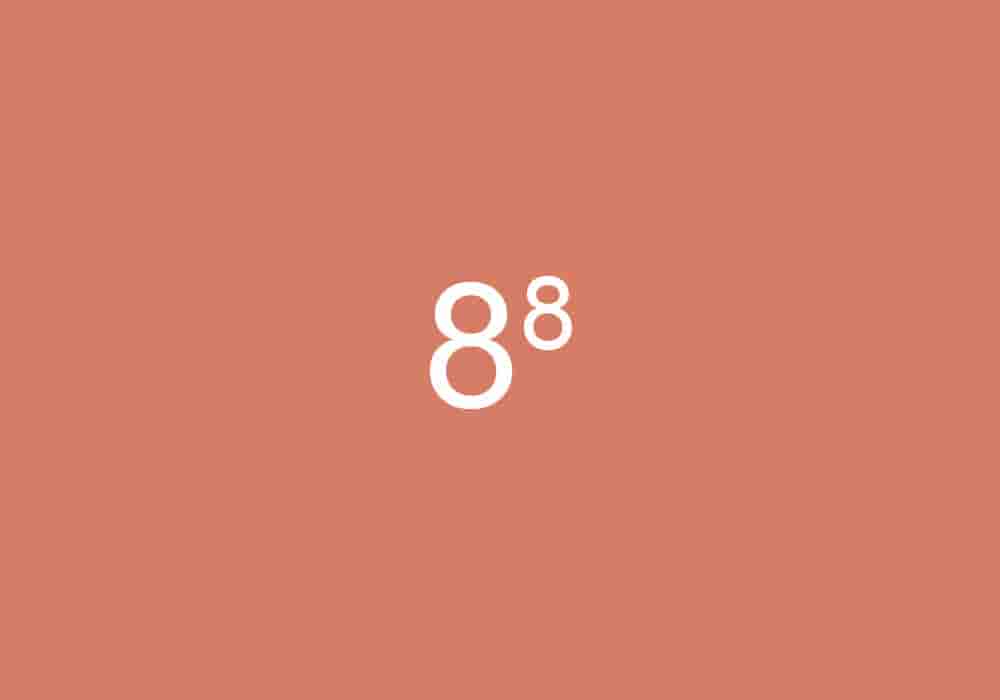 Don’t rush to use this one in your next math class or board meeting though. It is an example of a googolism (or a "name for a large number") coined by a member of the Large Numbers Wiki, a community of mathematicians who work to define new terms for large numbers according to set numerical scales.

A typical debate on the Large Numbers Wiki concerns whether 106 should be called a byriad, a garthousand, or a dugarhundred.

Most people would probably be happy with the word already in common usage though: a million. Why does it have to be so hard? 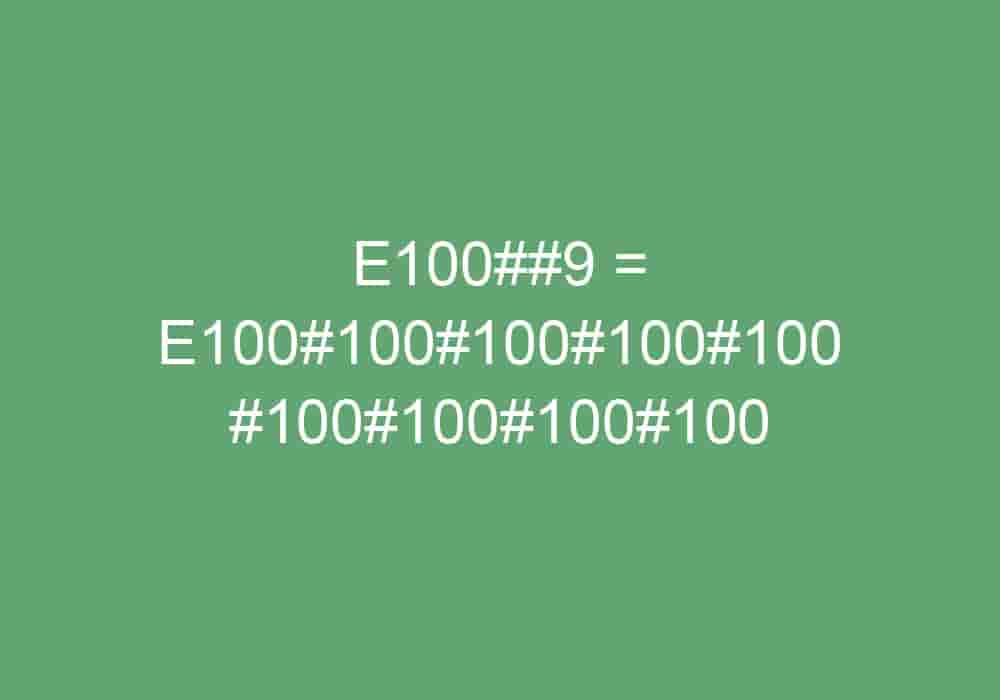 Gargantuul is another interesting numerical neologism, this one from Googology Wiki.

It’s short for "gargantuan googol" and was coined by Sbiis Saibian, described by Googology Wiki as a mathematician and "megalo-arithmologist" who maintains the online book One to Infinity: A Guide to the Finite. Did you get all that?

What does that actually mean? Your guess is as good as ours. But it seemed like a fun one to end this gargantuul numerical slideshow with!