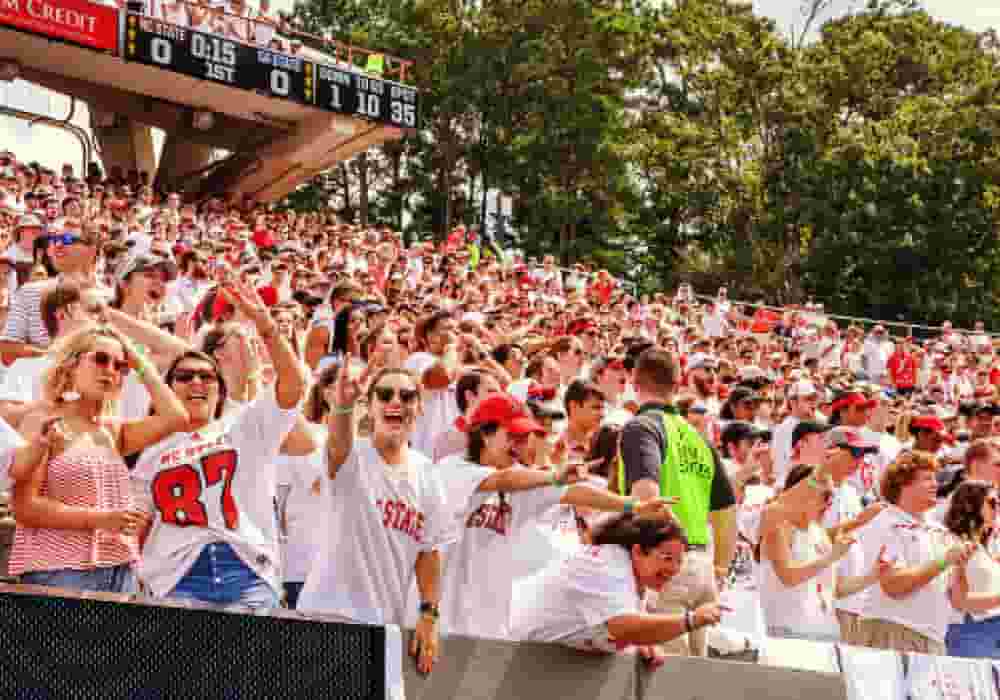 The college football season kicks off at the end of August, early September each year, when fans fill parking lots with tailgating and seats in stadiums.

But, no game is complete without mascots. A mascot, by definition, is a representative symbol adopted by a group and supposed to bring good luck. One of the earliest football mascots may have been Handsome Dan, a Yale bulldog in the 1890s. The bulldog remains Yale's mascot today.

Mascots dance, sing, and race around the field to get a rise out of the crowd. They are an integral part of game day and campus life. They often take the form of anthropomorphic (resembling a human) animals, with students dressing in costumes of them for game day.

Here are a list of college football mascots and where they got their names. See if your favorite team made the list! 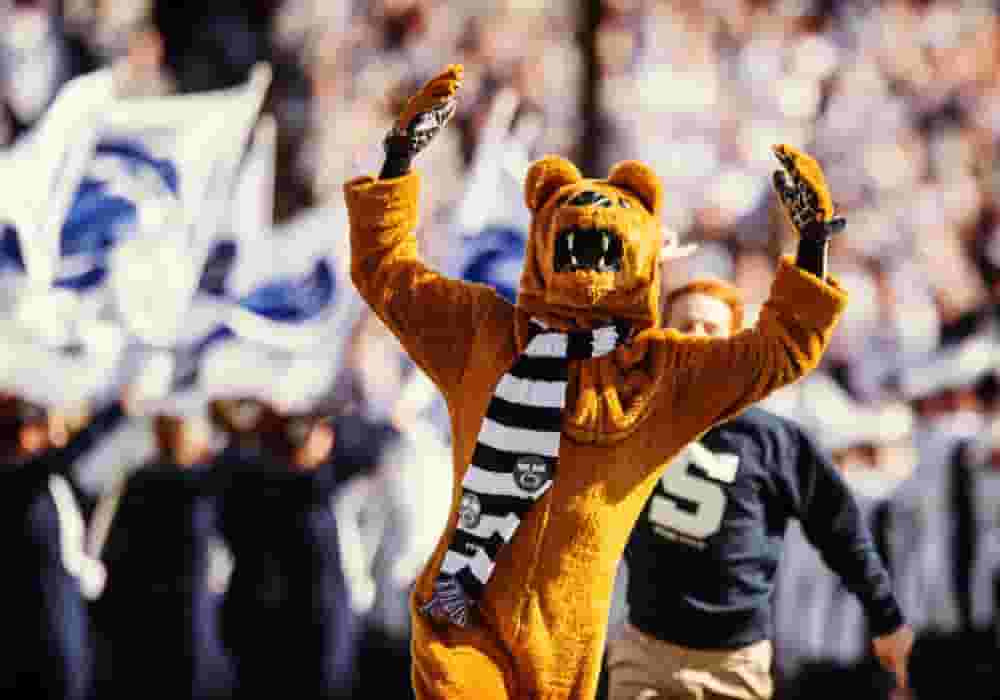 As the story goes, in a 1904 baseball game, a Princeton student boasted they would best Pennsylvania State (PSU) like their fierce Bengal tiger mascot. Never mind that PSU didn't have a mascot: a cunning PSU student made up on the spot the Nittany Lion to counter his foe.Nittany is named after Mount Nittany, which hovers over Pennsylvania and where mountain lions once roamed. The word Nittany most likely comes from a Native American word meaning "single mountain." 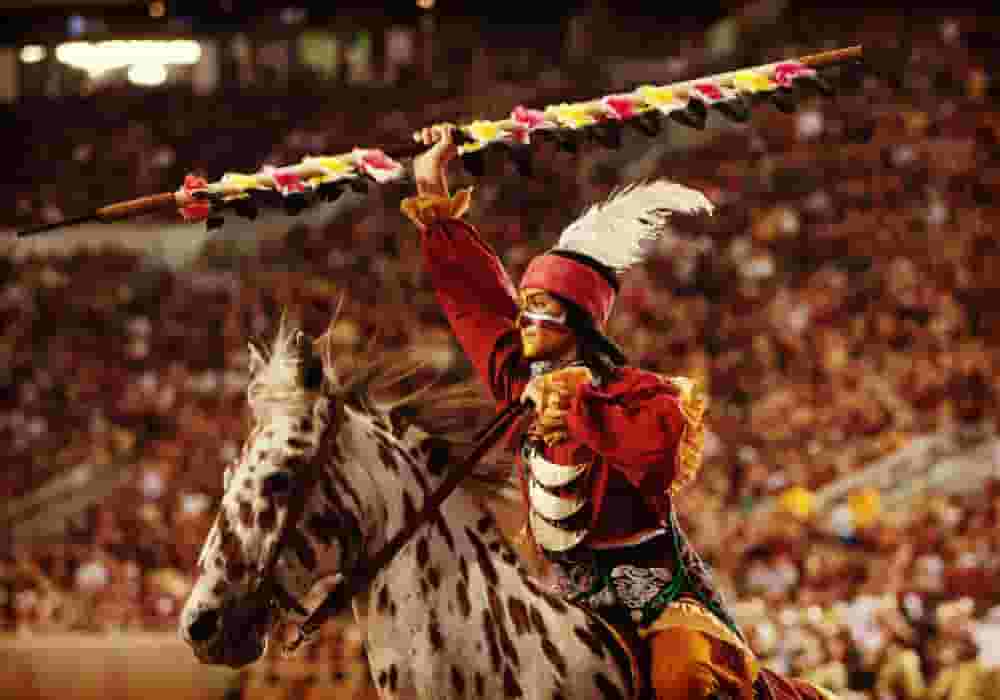 This duo has been the official mascots of Florida State University (FSU) since 1978. Osceola was a renowned leader of the Seminole people. He notably fought back against a US effort to remove his tribe form their lands. Renegade is the Appaloosa horse that Osceola (as portrayed by a student) rides before kickoff down the field, holding a spear adorned with feathers.

While FSU has been accused of cultural appropriation or discrimination over the mascot, Osceola and Renegade have been approved by the Seminole Tribe of Florida. 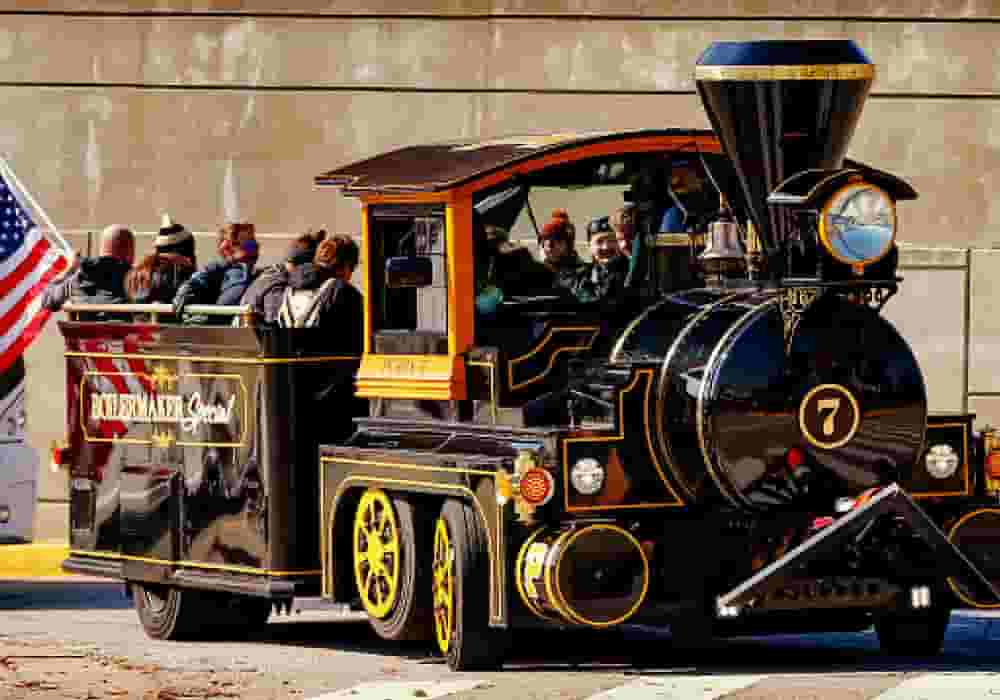 This is the only mascot on the list that isn't a human or an animal. But, that doesn't mean it's not formidable. Purdue University's official mascot is, according to Purdue, the "largest, fastest, heaviest, and loudest" collegiate mascot ... and it's a train.

In the 1890s, just over twenty years after it first held classes, Purdue University was a front-runner in railway research. In 1939, the school decided it needed a mascot and chose to pay homage to its tradition of engineering. And so came the Boilermaker Special.

A boilermaker is "someone who fashions steel, iron, and other metals into boilers, which generate steam for engines." Boiler systems, historically, were integral parts of both ships and trains. A special is "an extra train outside of schedule."

The Boilermaker Special isn't a real train, as today it's built onto a golf cart, but it resembles locomotives that used to chug across the United States. 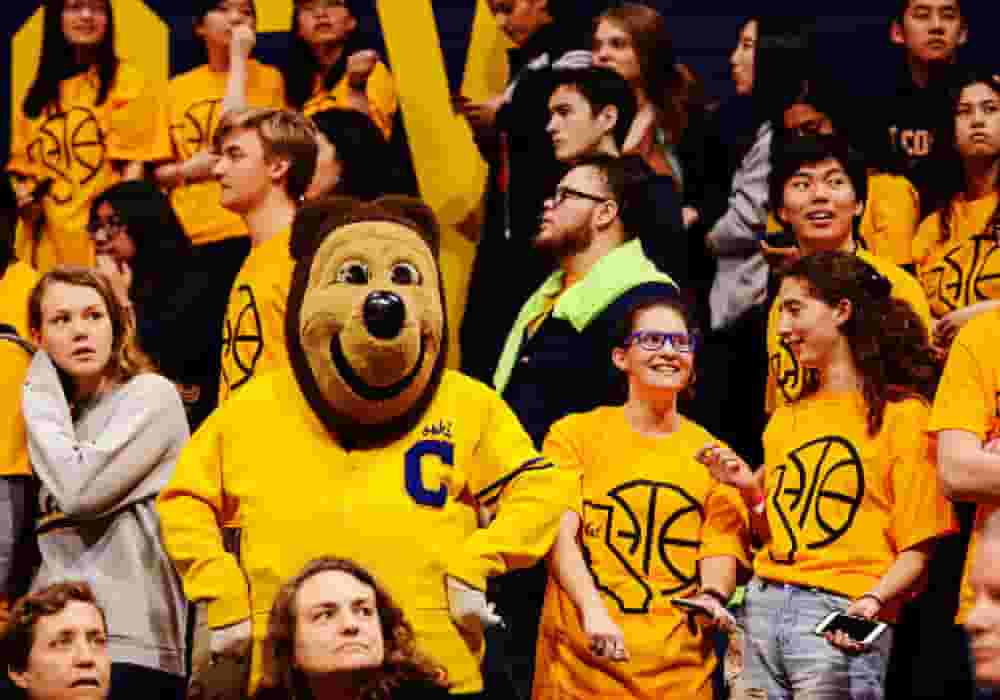 Oski the Bear, mascot of the University of California, Berkeley, began as a real bear cub. The problem with live mascots is that, at some point, they get older. They also can get a bit rowdy, in the case of bears. Plus, there's the whole keeping-live-animals thing ...

In 1941, they went with a costumed Oski the Bear. Oski is named after part of a long-running school yell: "Oski Wow-Wow!" And why a bear? Berkeley is home to the Golden Bears, and California's state flag is the Bear Flag. 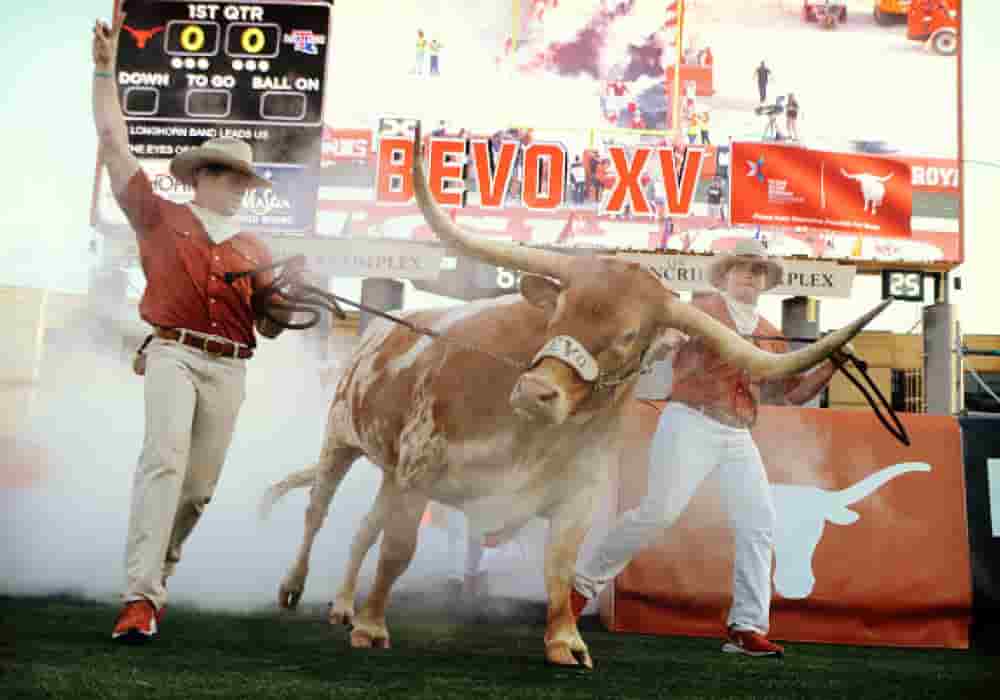 Bevo, University of Texas at Austin

This university still dares to have a live mascot. Bevo is the beloved longhorn of the University of Texas at Austin. Bevo is a Texas longhorn cattle, a symbol of Texas itself. The Texas longhorn is a strong, beef cattle known for its, well, long horns. They can be over 65 inches long!Bevo replaced the school's original mascot Pig, which was an American Pit Bull Terrier, in 1916.Bevo is suspected to be named after a popular non-alcoholic drink also called Bevo, released that year. Bevo could also allude to beef.

Ralphie the Buffalo, University of Colorado

University of Colorado also has a live bovine mascot, Ralphie the Buffalo. Since 1966, Ralphie has stormed the field on game days aided by student handlers (although the buffalo mascot tradition is older).

The original Ralphie made her—yes, her—debut in 1966. Legend has it that the name Ralphie was chosen as through a contest held by the university's student body government. It had originally been spelled "Rraalph," but was changed to Ralphie in 1967.

All of the Ralphie mascots have been female. Female bison are typically less aggressive and smaller, but bison can still reach a staggering 35 mph when running. That's why it takes five student handlers, called Ralphie Handlers, to run the field. 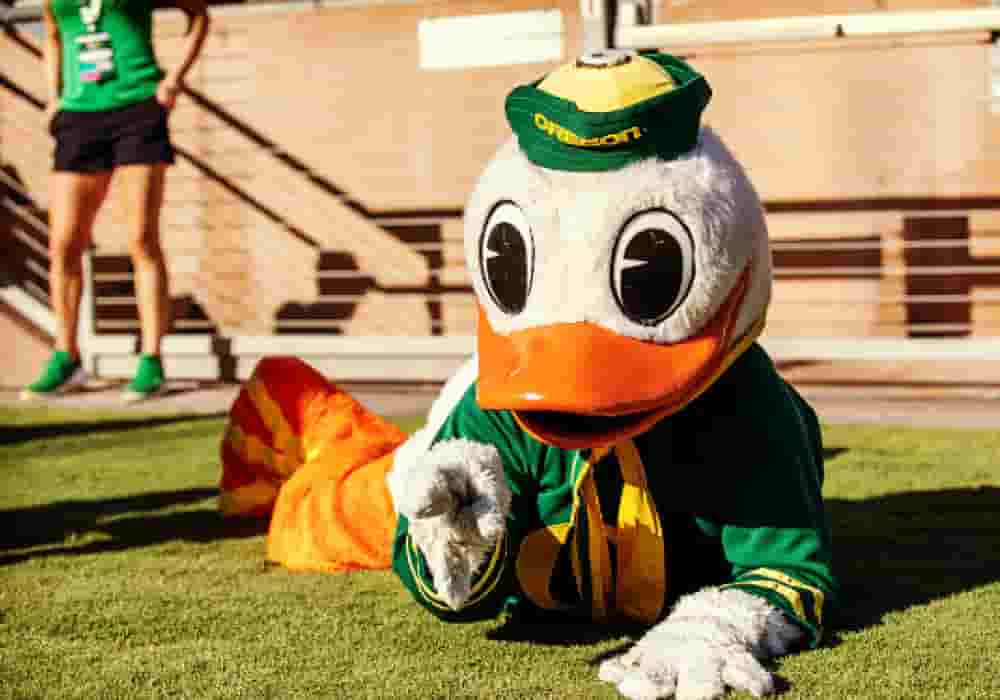 The Oregon Duck, University of Oregon

A duck doesn't seem very intimidating, but an anthropomorphic duck based on Disney's Donald Duck sure is cute.

The University of Oregon's mascot, the Oregon Duck, is based in part on a real duck named Puddles that appeared at sports games in the 1920s. Students then began drawing the duck after Donald Duck. Finally, an agreement was struck up with Walt Disney, and the university was allowed to use Donald's likeness with only a few restrictions. 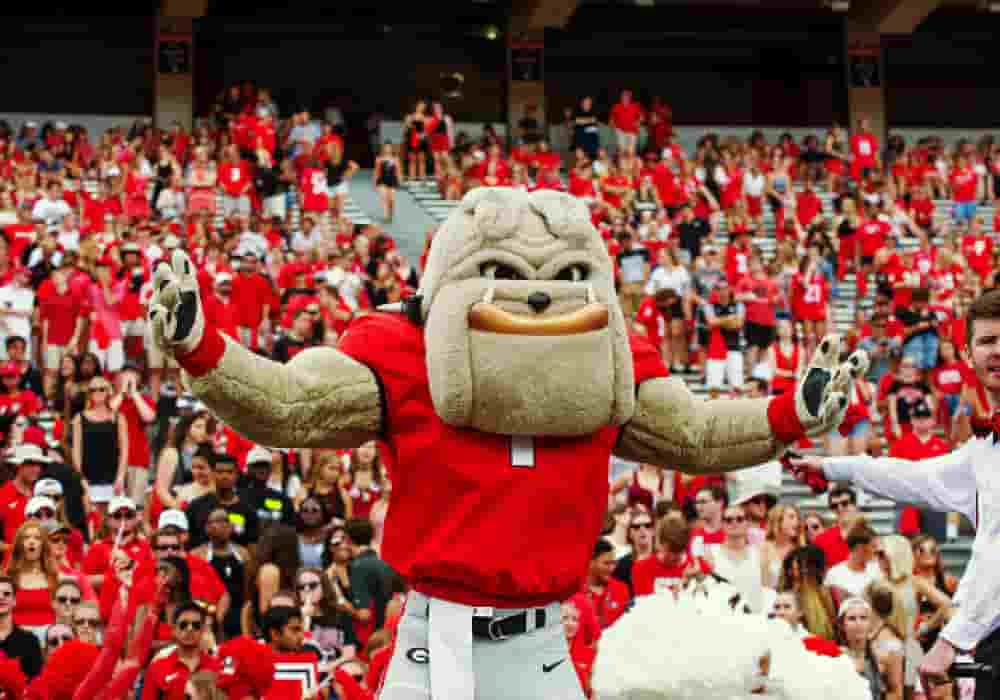 Uga the Bulldog, University of Georgia

Meet the canine named as the all-time top collegiate sports mascot by Sports Illustrated in 2019. Uga, the beloved, pure-white English Bulldog of the University of Georgia, has been a faithful member of the team since 1956.

The 10 Uga's that have been the mascot have all been descendants of the first Uga.

The name has a straightforward origin: It's taken from the U from university, and GA as the common abbreviation for Georgia. Uga is pronounced like [uhg-uh]. 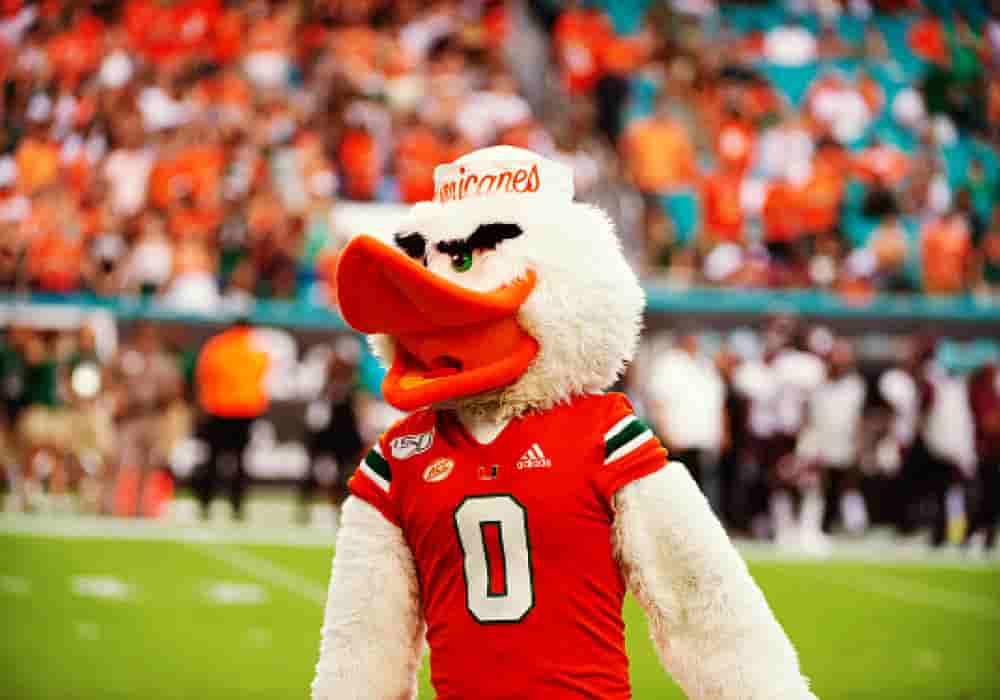 Sebastian the Ibis, University of Miami

It is difficult to craft a hurricane costume, so a Popeye-esque ibis is a good backup choice. Sebastian the Ibis is the Cuban-American mascot of the University of Miami Hurricanes.

Originally named Icky and later renamed after San Sebastian Hall, a university dorm, Sebastian has been the official mascot since 1957.

Lore paints a brave picture of the ibis; the bird is said to be the last to leave before a storm and the first to reappear. Like the ibis, Sebastian is the first to rush through smoke at athletic games.