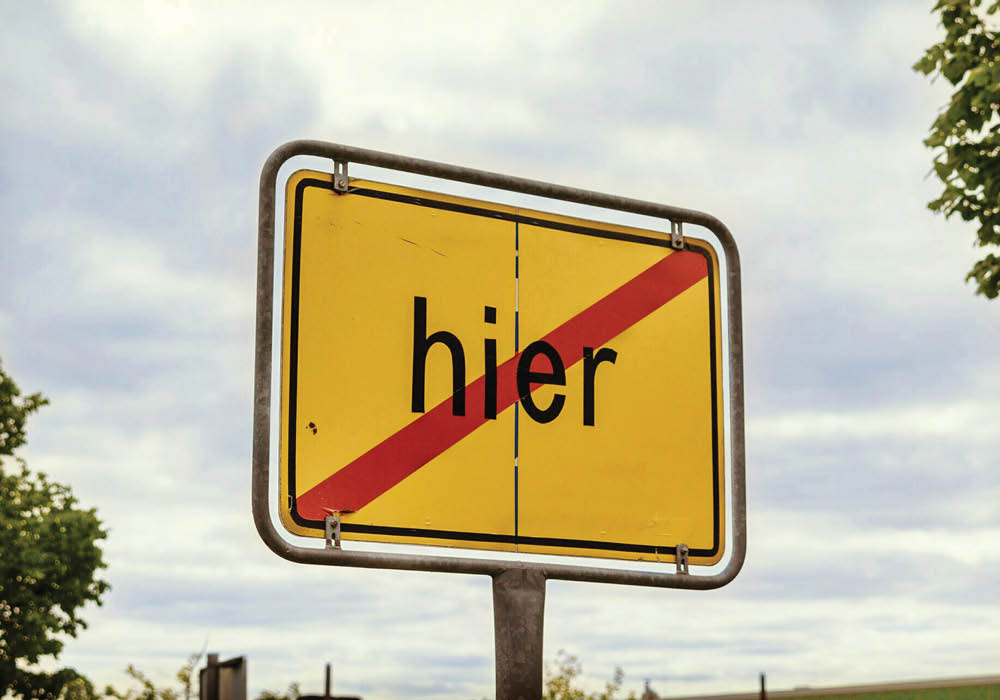 As Mark Twain famously wrote in a hilarious 1880 essay about his struggle to learn German: "A person who has not studied German can form no idea of what a perplexing language it is."

German can indeed be daunting to English speakers, with its mile-long mouthfuls like Rechtsschutzversicherungsgesellschaft ("a legal protection insurance company"). But, it's easy to forget that English is a Germanic language. Historically, the two languages are closely related in core vocabulary (compare English arm and German der Arm), sound system, and structure (if we look at Old English grammar). What's more, many familiar English words, from angst to kindergarten to schadenfreude, are borrowed directly from German.

German is also famous for what are sometimes called untranslatables: single words whose definitions are wonderfully specific or complex enough that, when translated into another language, they require numerous words to express the same idea.

But, many of these intimidating German terms actually pack in some truly amazing concepts—all in a single word. So, we think it would be wunderbar ("wonderful") if English embraced these nine (not nein!) German gems. 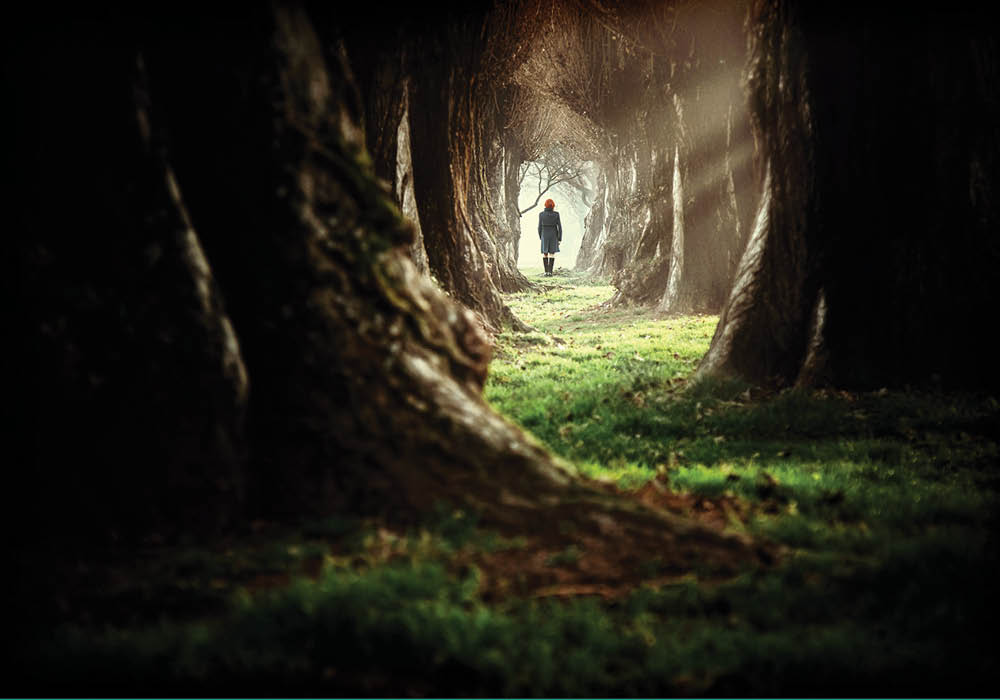 Waldeinsamkeit [vahlyd-ahyn-zahm-kahyt] combines Wald (“wood”) and Einsamkeit (“loneliness”). Together, Waldeinsamkeit literally translates to “solitude in the forest,” but that literal translation loses much of the word’s poetry.

The origins of Waldeinsamkeit clue us into its lyrical meaning. Attested in German by at least 1822, the word is closely associated with Romanticism, a literary movement that idealized emotion, nature, individualism, and the imagination.Waldeinsamkeit made its way into American transcendentalism, which also praised the spirituality of the individual and nature. In 1858, for instance, Ralph Waldo Emerson published a poem called “Waldeinsamkeit” in The Atlantic Monthly about how much he loved being in the forest, removed from the crises and considerations of society. 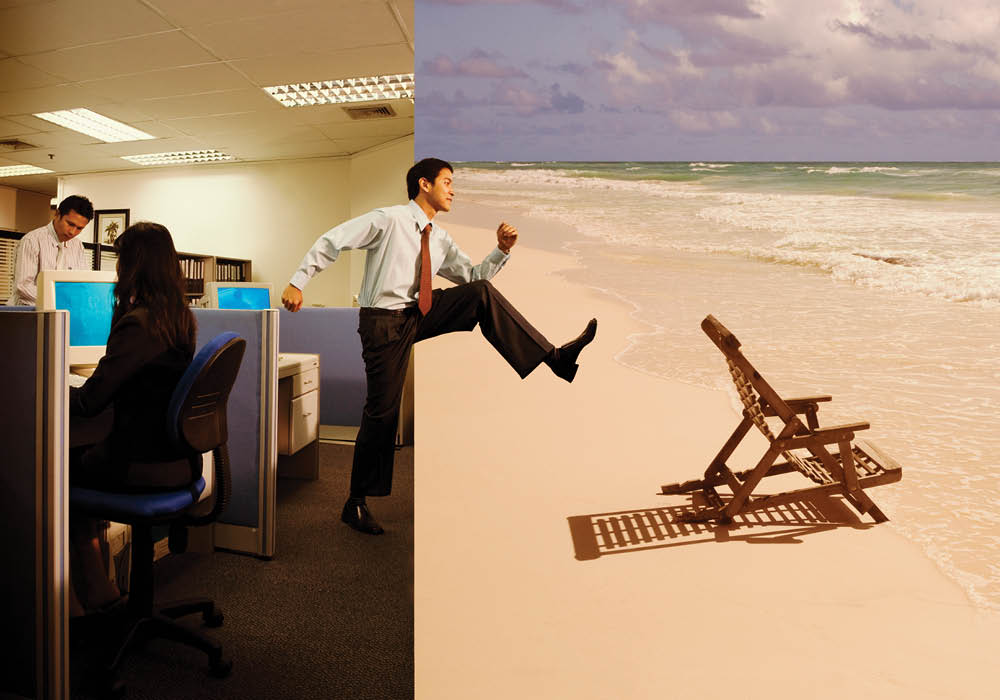 If you're suffering from a case of the Mondays, you might be tempted to blaumachen [blou-makh-in]. Blaumachen means "to skip work" or "to play hooky" for no good reason.Blau translates to "blue" and machen means "to make," so taken together, blaumachen is "to make blue." What does shirking your responsibilities have to do with making something blue?

Well, the idea of blaumachen comes from "making a Blue Monday." Traditionally in German culture, a Blue Monday (blauer Montag) was a day people chose not to work, either due to observing a celebration (or after celebrating too much). The blue is thought to originate as a reference to clothing worn on Sundays and holidays. The blue is sometimes connected to the use of the color around the period of Lent in the Lutheran church. 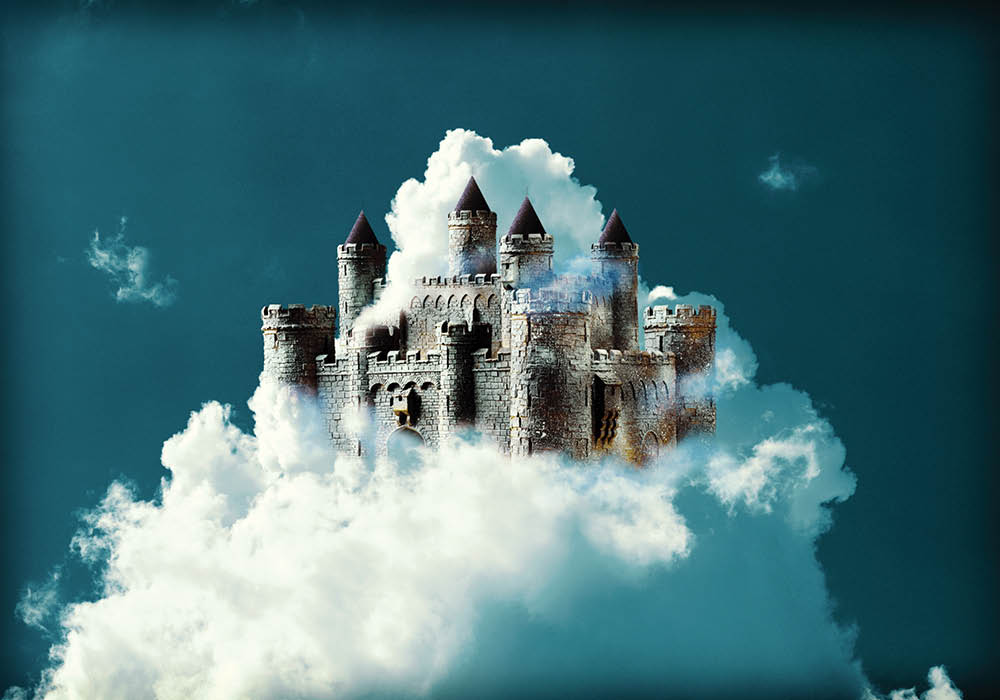 We all have hopes and dreams, but if your dreams are extravagant, you might be accused of Luftschlösser bauen [looft-shles-uh bou-in], or "building castles in the air." The German verb bauen means to "build." Das Luftschloss (plural die Luftschlösser) is a "daydream" or "pipe dream," but it literally means "air castle" (Luft is "sky," Schloss is "castle").

The idea of Luftschlösser bauen runs parallel to an old French expression (recorded in the 13th century) faire des châteaux en Espagne, "to make castles in Spain" (i.e., a difficult task in a country you don't rule). Whatever the construction, whatever the language, the expression building castles in the air is dismissive of fanciful plans that will never pan out.

Emerson's transcendentalist contemporary Henry David Thoreau came to the defense of air-castle-builders in his 1854 Walden: "If you have built castles in the air, your work need not be lost; that is where they should be. Now put the foundations under them." 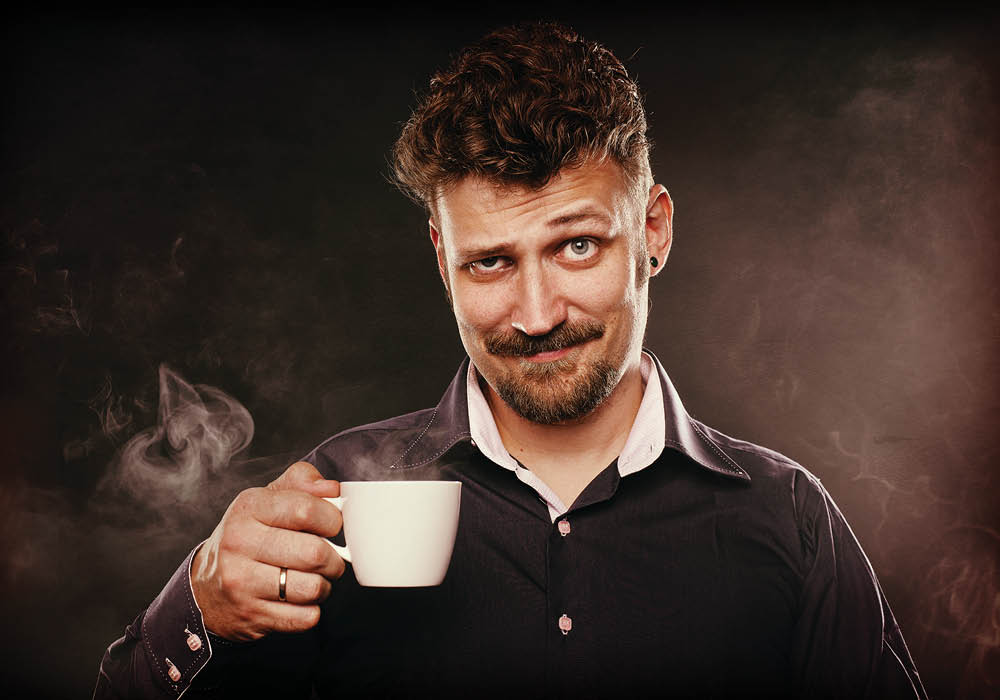 Have you ever seen someone whose face just ... annoys you? Well, the Germans have a word for that in another one of their wonderful compounds.

You could characterize such a mug as das Backpfeifengesicht [bak-fahy-fuhn-guh-zeekht]. That translates to a "slap face" or "punchable face."Backe means "cheek" and pfeife means "whistle," but taken together, a backpfeife is "a smack in the face." So, Backpfeifengesicht is "a face that looks like it should be smacked."Backpfeifengesicht is not really a comment on the person's attractiveness, but more so on that smug, irritating look people can have. Now, we don't recommend you actually slap anyone in the face, but we do recommend using this forceful German word starting now. 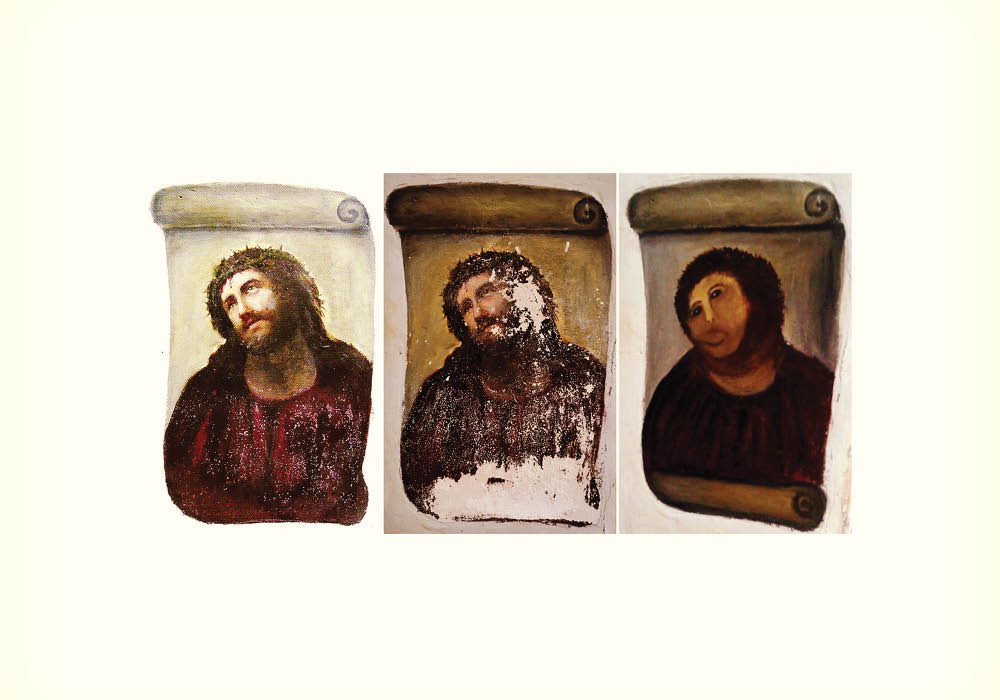 Have you ever tried to make something a little bit better but ended up messing the whole thing up? This word is for you.Verschlimmbesserung [fair-shlim-bes-uh-rhoong] is another long, untranslatable German word that delightfully encapsulates a specific and complex idea in a single word.

It’s composed of the verb verschlimmern (“to worsen, aggravate”), the verb verbessern (“to improve”), and the noun-forming suffix -ung, roughly translating to “worse-improve-ing.” An English equivalent would be the obscure (but perfectly serviceable) word disimprovement. Botch and bungle are also close in sense. 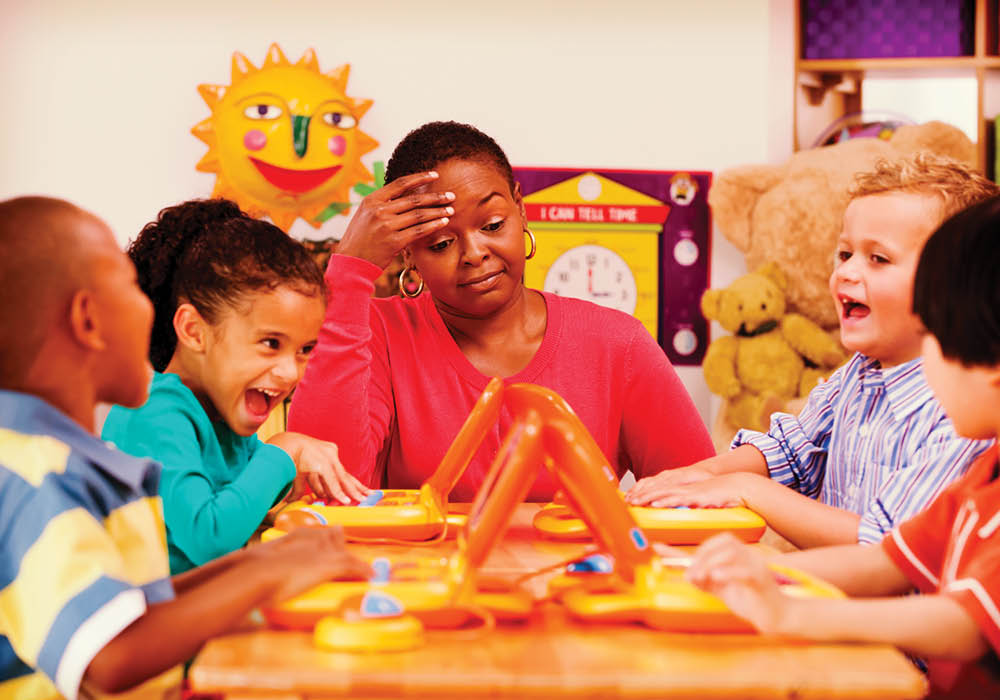 Don't talk nonsense—or, as they may say in German, nicht quatschen.Quatschen [kvach-in] is a German word that translates "to talk nonsense, babble, gossip, chatter" and is said to be a favorite of German schoolteachers trying to get their students to zip it.

The etymology of quatschen is unclear. It's possible that it comes from the sound of stepping into mud or something else squishy. It's also suggested that the word comes from the Low German word quat, which means "bad, evil."

The related Quatsch! can be issued as an interjection to express disbelief or dismissal akin to the English baloney or nonsense. 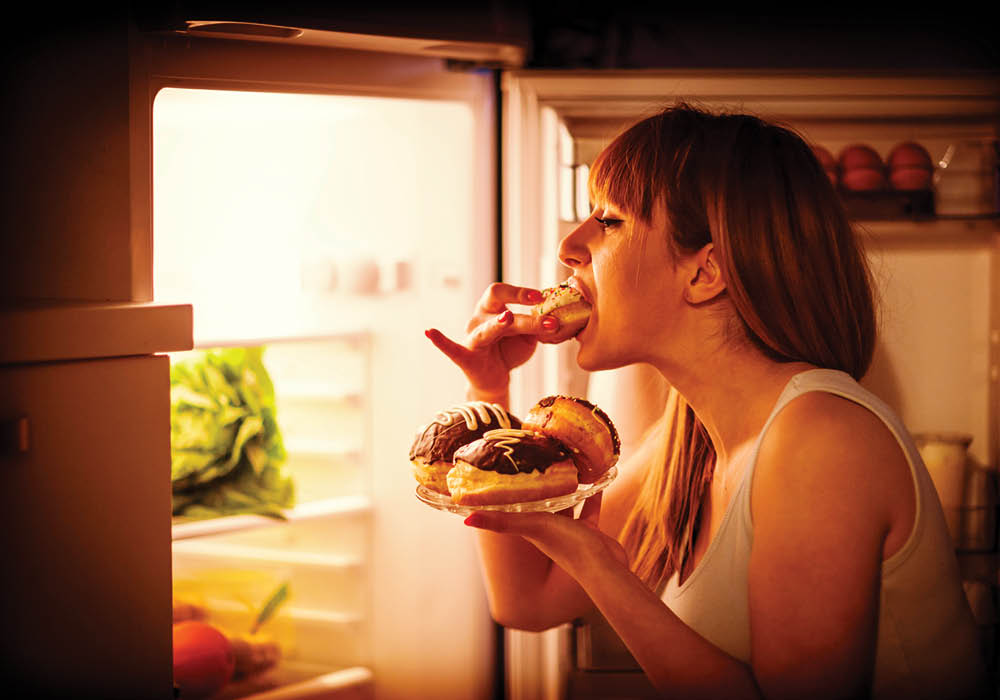 Speaking of baloney, when we're stressed with work or after a bad breakup, sometimes nothing feels better than seeing what's in the fridge. But, too much of that can lead to some unintended weight gain. The Germans, again, have a word for this: kummerspeck [koom-uh-shpek]. It refers to the weight gained as a result of emotional eating.

Like many of the German words we've looked at so far, kummerspeck is a compound. Kummer is a German word for "grief, anguish, woe." Speck can refer to "bacon, blubber, fat." That means kummerspeck is literally "grief bacon."

We don't know whether that sounds delicious or disgusting. 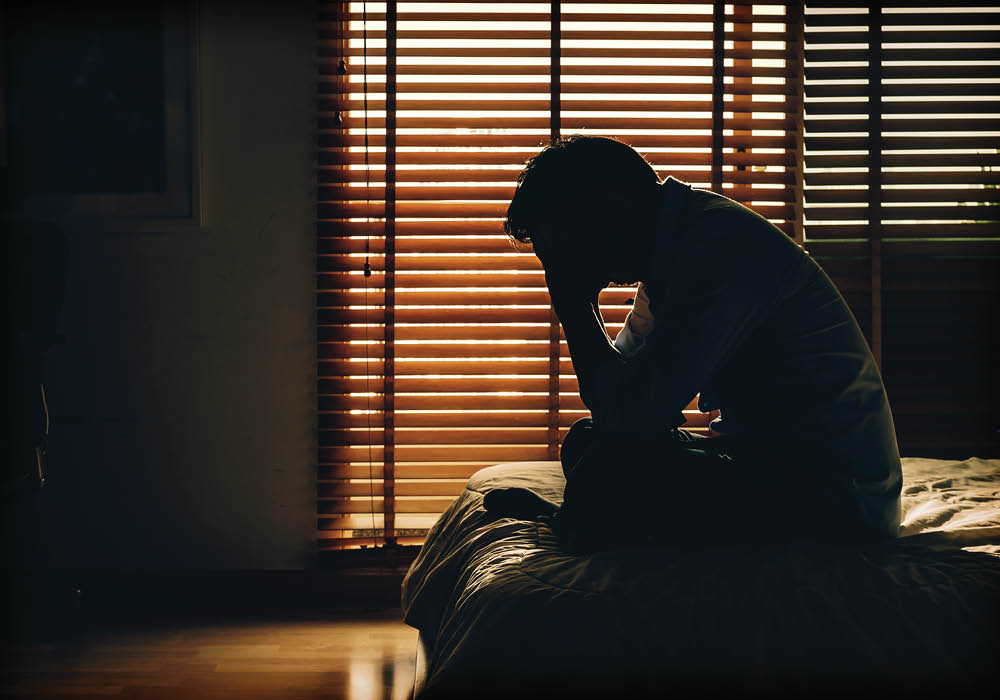 Maybe your kummerspeck has resulted from Weltschmerz [velt-shmerts], or "the sorrow that one feels and accepts as one's necessary portion in life; sentimental pessimism."Weltschmerz literally means "world-pain" in German, and it's attributed to the German Romantic author Jean Paul (Johann Paul Friedrich Richter) in his novel Selina (1827). He used it to describe the English Romantic poet Lord Byron's discontent. The notion of the term emerged from the 19th-century Romantics' struggle with how the reality of life ultimately limited their personal freedom. Big mood.Weltschmerz was borrowed into English by the 1870s. When you're feeling particularly pessimistic about the state of the world or society, at least you can be sophisticated about it when you use Welzschmerz. 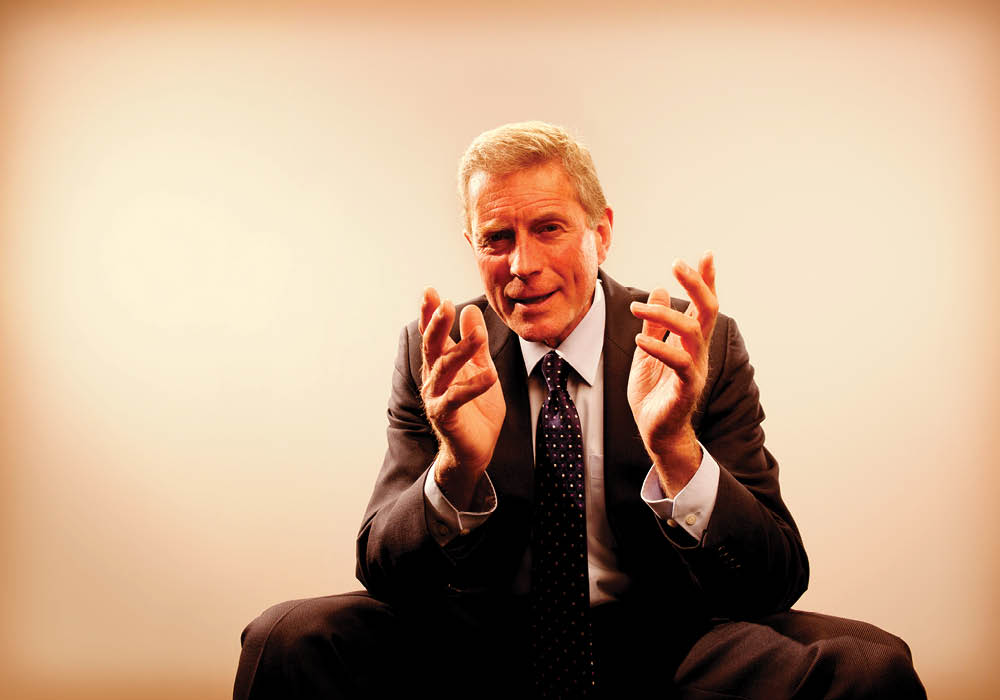 No one likes a know-it-all. Or, as they say in German, a Besserwisser [bes-suh-vih-suh].Besserwisser is the same concept, though, as besser means "better" and wisser is in effect a "knower." So, a Besserwisser is a "better-knower," whether referring to that person who corrects you on some grammar nicety or insists on telling you the right way to mince garlic.

And online, you may know Besserwisser by that telltale phrase: "Well, actually ... "

We can also call that mansplaining. Or herrklären, the German term being modeled after the English original. Hey, English has a few tricks up its sleeve, too.