The suffix ‑esque, despite its strange spelling and foreign sound, can be found in many words in English, such as Arabesque, picturesque, Romanesque, and grotesque. These words mean wildly different things, but they all use the ending ‑esque to mean “indicating style, manner, resemblance, or distinctive character.” For example, Romanesque means roughly “Roman-like,” although it is used to specifically describe architecture and art from a particular period in European history.

The ending ‑esque comes from the Italian suffix ‑esco through French. Despite all the extra letters (that’s French for you), the suffix ‑esque is pronounced simply “esk.”

Many words that feature the suffix ‑esque are eponyms, or “a word based on or derived from a person’s name.” One example of an eponym ending in ‑esque is Thatcheresque, meaning “in a manner resembling Margaret Thatcher.” As we will see, you can stick ‑esque to the end of just about anyone’s name. It’s most commonly used to designate a style of art, music, architecture, or other creative pursuit associated with a particular person.

It’s not just people that get this treatment, either; places do, too. If you put ‑esque at the end of a placename, you get a toponym, or “a name derived from the name of the place.” A classic example of this is Hollywoodesque (or Hollywoodish), meaning “of or relating to Hollywood.”

We are going to look at some of the most interesting examples of words in English that end in ‑esque. Perhaps it will inspire you to come up with a neologism (or maybe even a hapax legomenon) of your own.

One of the most controversial (or perhaps simply the most commonly misused) words that end in ‑esque is Kafkaesque, “relating to, characteristic of, or resembling the literary work of Franz Kafka; marked by a senseless, disorienting, often menacing complexity.” Franz Kafka was a novelist and short-story writer best known for his novella The Metamorphosis (German: Die Verwandlung) (1915) about a man who wakes up to find he’s been turned into a monstrous insect. That should give you a sense of the kind of situations one could describe as Kafkaesque.

If coming up with Kafkaesque situations is your jam, see if any of the finalists in our Scary Story Opener Writing Contest have that quality, and vote for your favorite now! Voting ends October 25.

Another writer whose style was so distinctive he got a word all his own was Ernest Hemingway, author of such classics as A Farewell to Arms (1929) and The Old Man and the Sea (1952). Hemingway is known for writing in muscular, straightforward language about themes of war, nature, and loss. These qualities are what the term Hemingwayesque refers to. It can also refer to the man Hemingway himself, as he was quite a swashbuckling character.

Kafka and Hemingway are modern authors, but the suffix ‑esque can also be applied to many classic writers, such as one Dante Alighieri, author of the Divine Comedy (Italian: Divina Commedia) (1321). The Divine Comedy is an epic poem that tells of Dante’s journey through the world of the dead. Dantesque, therefore, means “in the style of Dante; characterized by impressive elevation of style with deep solemnity or somberness of feeling.” Typically, Dantesque refers specifically to the chef d’oeuvre, the Divine Comedy.

The word Junoesque means “(of a woman) stately; regal.” To understand where the word comes from, it helps to know a little bit of Greco-Roman mythology. Juno is “the ancient Roman queen of heaven,” known in Greek mythology as Hera. In other words, someone who is Junoesque is queen-like.

Would you describe your favorite month as stately? You probably can if it’s the month of June. Find out what makes June so Junoesque in its own way.

The Titans are another set of characters from legend that get used as a reference point. In Greek mythology, the Titans are the sons of Gaia (the Earth) and Uranus (the sky). They are towering, formidable figures which is why Titanesque means “Titanlike; Titanic.” Essentially, Titanesque means “exceptionally large.”

Another legendary figure, albeit more modern than Juno or the Titans, who has inspired his own ‑esque word is Paul Bunyan. Paul Bunyan is an American folk hero known for being a (kindly) giant lumberjack. With that in mind, Bunyanesque means “of immense size or stature, as ascribed to Paul Bunyan or to the other characters, exploits, etc., in the legends about him.” In other words, someone larger than life, literally or figuratively, can be described as Bunyanesque.

Quite often, the suffix ‑esque is used to describe styles particular to a designer. Such is the case with churrigueresque, meaning “noting or pertaining to the baroque architecture of Spain and its colonies in the late 17th and early 18th centuries, characterized by fantastic and lavish detailing.” The name is a reference to José Churriguera, a baroque architect and sculptor. The Cathedral Basilica of Zacatecas in Mexico is just one example of a churrigueresque building.

Another decorative style used in architecture and sculpture is known as Alhambresque, “resembling the elaborately fanciful style of ornamentation of the Alhambra in Spain.” The Alhambra is the ornate and beautiful former palace and citadel of the Moorish kings, located in Granada, Spain. The complex is built in a reddish stone and decorated inside with carvings of geometric patterns and plant life.

Curious about architecture? Then you should definitely learn the difference between ingress and egress.

Writers, designers, and mythological figures are not the only ones who come to be associated with a particular style or character. Movie directors can get a similar treatment. One such famous movie director is Charlie Chaplin, one of the most famous silent film stars and directors of all time. Chaplinesque means “characteristic of or resembling the comedy or filmmaking style of Charlie Chaplin.”

Another film director who is so famous as to inspire his own eponym is Frank Capra, known for movies like Mr. Smith Goes to Washington (1939) and It’s a Wonderful Life (1946). Capra’s films were often inspiring and heartwarming, which is why Capraesque means “relating to or in the style of the movies of Frank Capra, focusing on courage and its positive effects and the triumph of the underdog.”

Great artists, particularly Renaissance Italian painters, can also be used as a sort of shorthand. One example of this is Rubenesque, meaning “of or relating to the painter Peter Paul Rubens or his works, which feature full-figured women.” To describe someone (usually a woman) as Rubenesque, means that they are beautiful and zaftig.

We have only skimmed the surface of all the words in English that end in ‑esque. There are countless others, like Audenesque, Dureresque, Caravaggiesque, and Barnumesque. Can you guess who each of these terms refer to? (Hint: take the ‑esque off and work backwards.) And the terms already in the dictionary are not the limit when it comes to using ‑esque. You can make up your own to reference your favorite (or least favorite!) authors, artists, designers, or places … just add ‑esque.

If you haven’t gotten enough of these unique vocab terms, you can review the complete word list here. Or, if you are feeling confident you know the difference between Chaplinesque and Capraesque, you can test your knowledge with our short quiz on ‑esque words here.

Satiate your word appetite with some truly Titanesque words now. 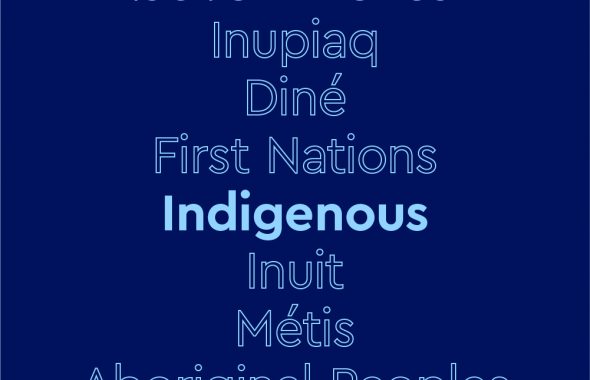