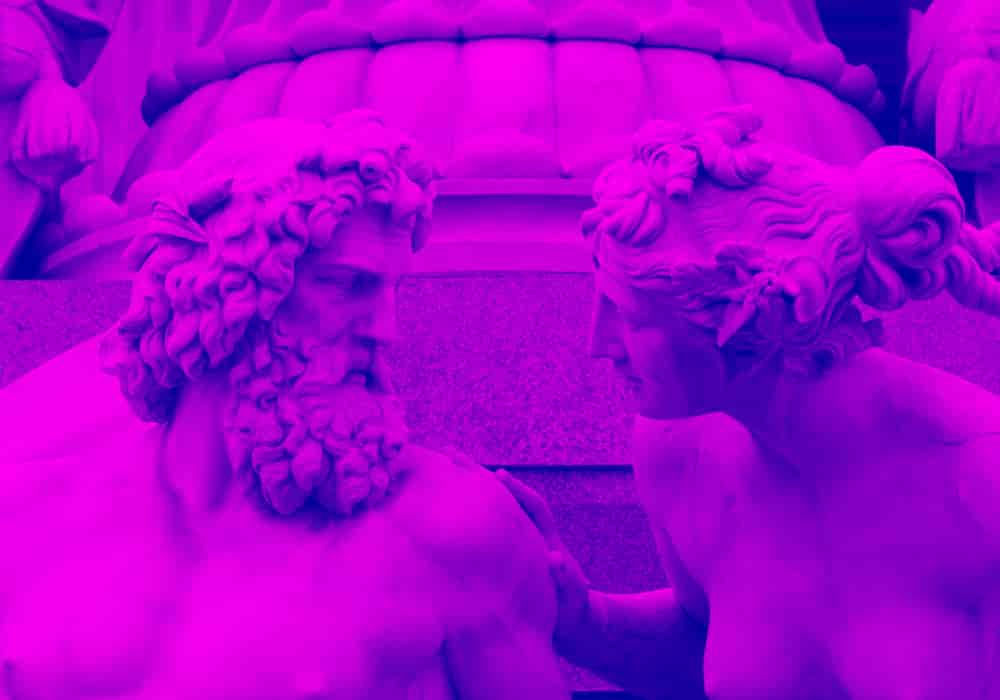 Ancient Greek and Roman mythology have infused themselves into our lives for centuries—and continue to do so in our daily lives today. The influence of these myths can be seen in literature, art, entertainment, even in our language. In fact, many of the words we use regularly can be traced back to these early stories told by the Greeks and Romans featuring gods, demigods, and supernatural humans.

While some word connections may be familiar to those with even cursory knowledge of ancient mythology, others require a deeper dive into the tales that inspired the words.

So here are nine words we use for everyday things today that we have mythology to thank for. See how many surprise you! 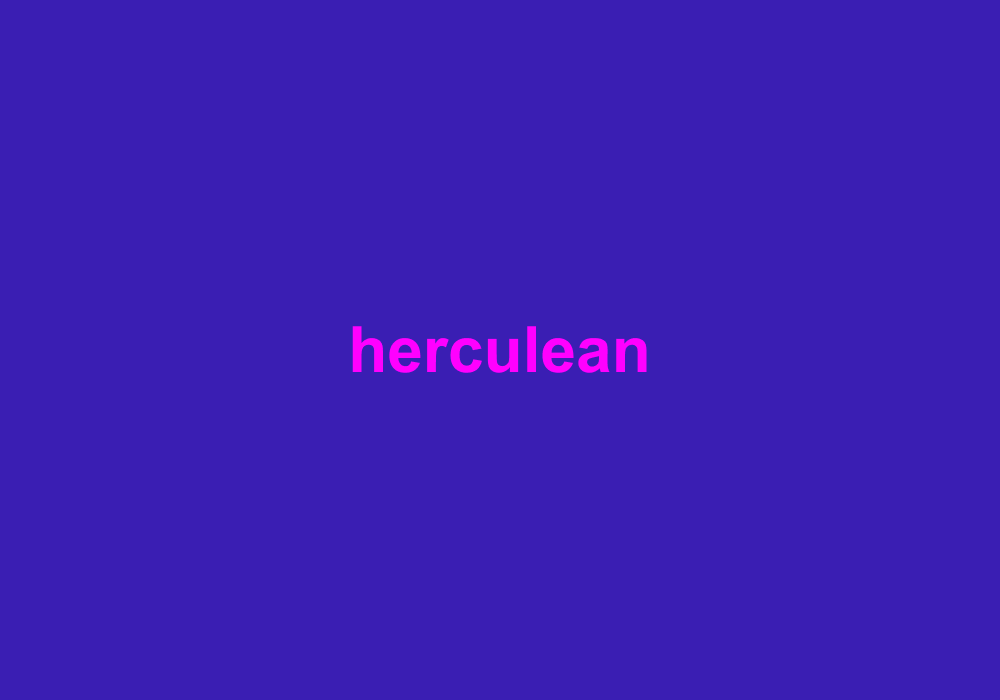 When it comes to something that’s difficult and takes great effort or strength to overcome, we might describe it as herculean. This adjective is based on the Greek hero Hercules, a son of Zeus who was storied for his brawn.

To gain immortality, Hercules had to perform 12 extremely challenging feats known as the labors of Hercules. The tasks included things such as capturing Cerberus, the three-headed dog of the underworld, and taking the girdle of Hippolyta, the formidable queen of the Amazons.

Today, we use the term herculean for tasks that require a considerable amount of effort—though perhaps not as much effort as capturing the Cretan Bull (number seven on Herc's list).  For example, you might say: Getting my kids to eat vegetables takes a herculean effort on my part. 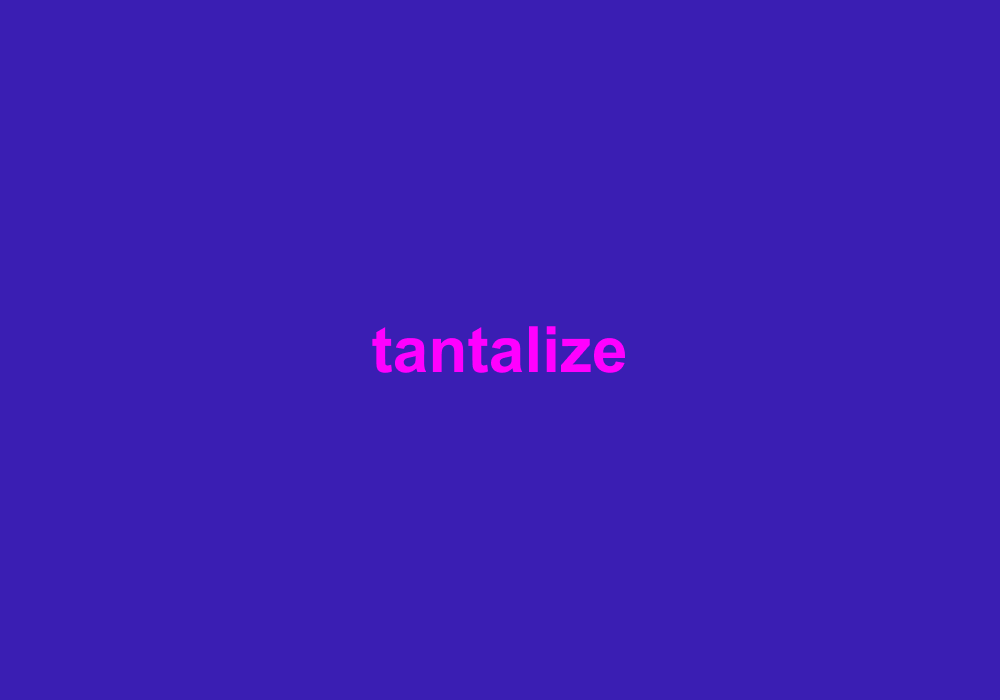 This alluring word is all about temptation. Tantalize means “to torment with, or as if with, the sight of something desired but out of reach; tease by arousing expectations that are repeatedly disappointed.” For example, you might say: Just give me a cupcake; don't tantalize me by eating that right in front of me!

The word stems from the name of a king in Greek mythology, Tantalus. He was punished for crimes he committed against the gods by being forced to remain in water up to his chin with fruit above his head—both of which would move just out of his reach each time he tried to eat or drink.

So, something tantalizing is just like that: being something you want just out of your reach. Everything from aromas to movie trailers to people can be described as tantalizing. 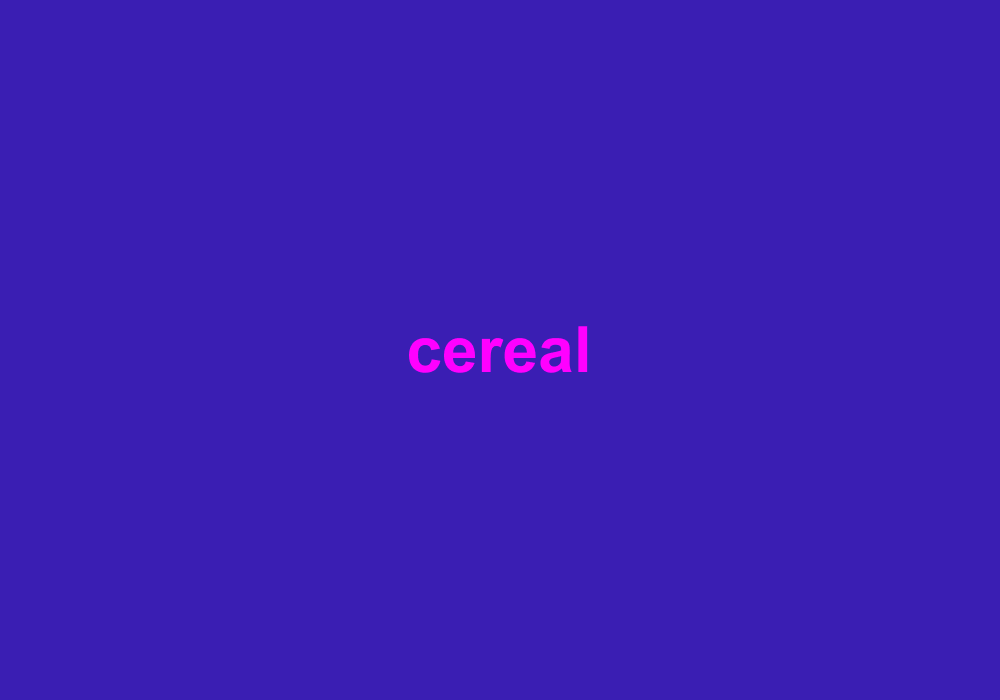 Do you start your day (or enjoy a midnight snack) with a bowl of cereal? Yes, even this breakfast staple can be traced back to mythology. In this case, we can thank Roman mythology.

For the name of all that deliciousness in a bowl, we can thank Ceres, a Roman goddess of agriculture. An essential part of the ancient—and modern—diet included cereal grains, such as wheat, rye, oats, rice, or corn. (The adjective form of Ceres is Cereālis, from which we get cereal.)

From Corn Flakes to Lucky Charms, cereal is, after all, made from edible grains—marshmallows aside!

Fun fact: one of the oldest ready-to-eat, cold breakfast cereals was called Granula, invented in 1863. Made from graham flour dough (wheat-based), it apparently had to be soaked for hours to make it edible. Yum? 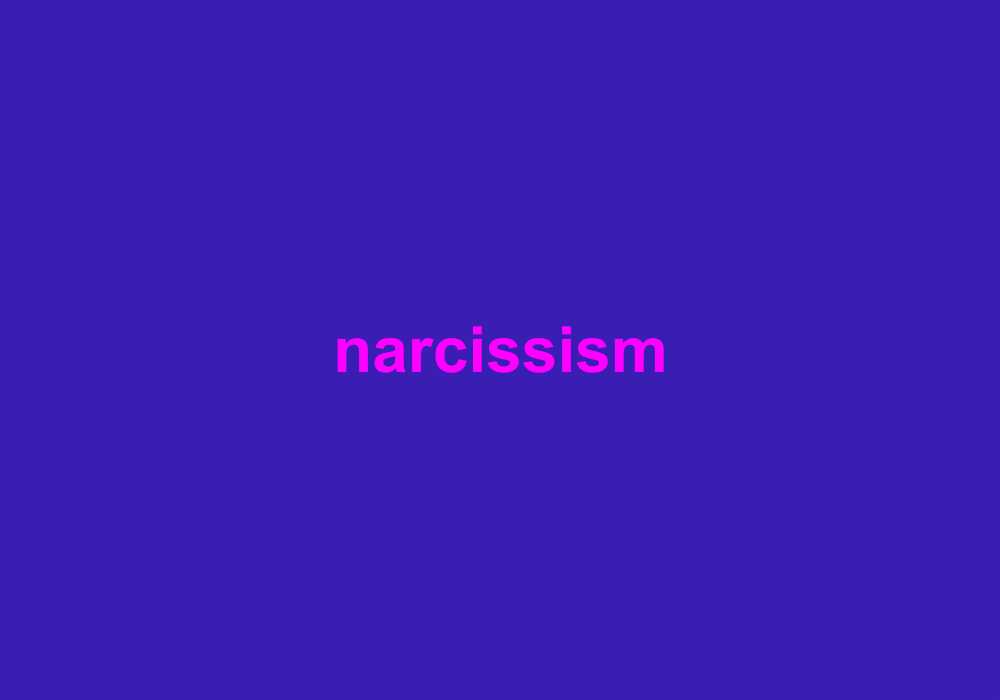 While confidence is admirable, narcissism can take it far into an overabundance of self-love and self-absorption. Her narcissism, you could say for the sake of example, was so intense, she couldn’t pass a single shiny surface without checking her reflection.

As we know, narcissists rarely wind up faring well in life. In Narcissus's case, he was so in love with his image, he couldn't stop himself from looking away from his reflection in the water—and eventually died right there from starvation and was transformed into the flower that bears his name.

WATCH: Where Did The Word "Narcissist" Come From? 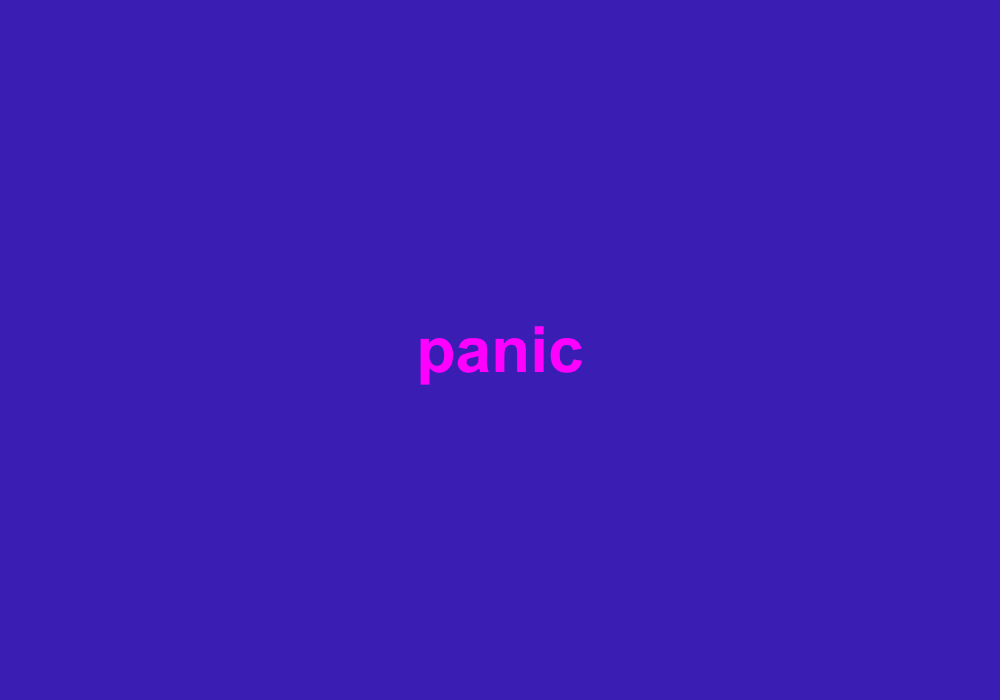 There’s fear, and then there’s panic, which is triggered by fear and makes people act hysterically or irrationally. While it may be uncontrollable in some cases, such as a panic attack, oftentimes, deep breathing or a bit of prudence may help quell it.

For example: Don't panic when the stock market dips for a day and sell all your shares.

The word panic can be traced back to the ancient Greek god Pan, whose body was part man and part goat—a sight enough to make anyone panic! Lurking in woods, mountains, and caves, Pan was believed to be the source of loud noises. The noises could be so scary that they terrified anyone who heard them and could make them, well, panic. 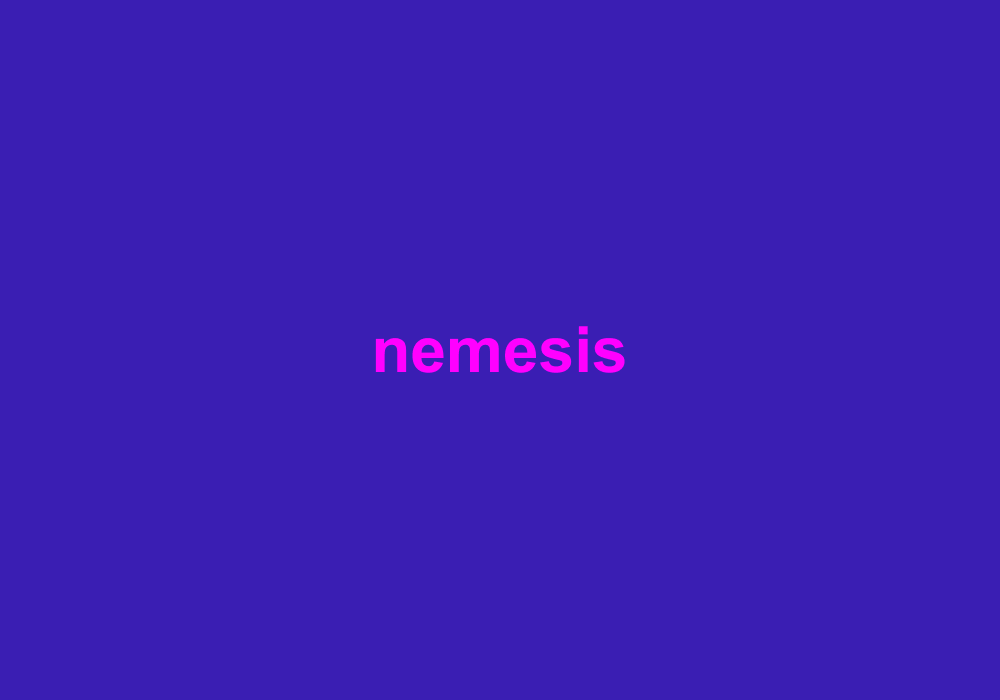 When someone or something is challenging for us and just can’t be beaten, we may call them our nemesis. For instance: My competitive co-worker, who is always trying to one-up me in front my boss, is my nemesis.

The word can be traced back to the Greek goddess of retribution and vengeance: Nemesis. She is said to be the one who led Narcissus to the pool to see his image (which ultimately led to his death; remember that slide on narcissism) because of how he so coldly rejected the beautiful nymph, Echo.

WATCH: Explain The Difference Between Enemy vs. Nemesis 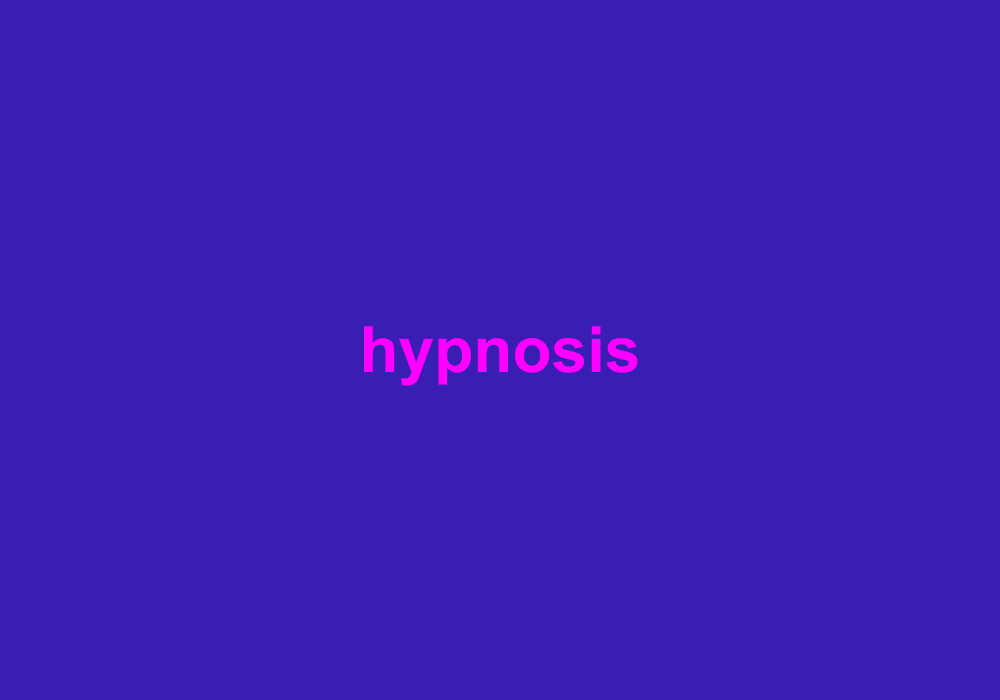 Used by magicians and therapists alike, hypnosis is defined as “an artificially induced trance state resembling sleep, characterized by heightened susceptibility to suggestion.” For example, He couldn’t stop smoking, so he turned to hypnosis to help him quit. The verb hypnotize can be used literally, as in to put someone in a hypnotic state, but it can also be used more figuratively to describe charming or memorizing someone.

The term can be traced back to the Greek god of sleep, Hypnos. His Roman equivalent was Somnus, a name meaning "sleep" in Latin and source of such words as insomnia and somnolence.

How about this for a family? Hypnos was the son of Nyx (Night) and twin brother of Thanatos (Death). He lived in a cave into which no light entered. It was also surrounded by sleep-inducing plants, such as poppies. Zzzz.

Hypnos had three sons, who were known as bringers of dreams. Icelus delivered dreams about animals and Phantasus delivered dreams of inanimate objects. Morpheus, who brought dreams involving people, is probably the most familiar today. Can you guess why? (Hint: Click to the next slide to see if you're right). 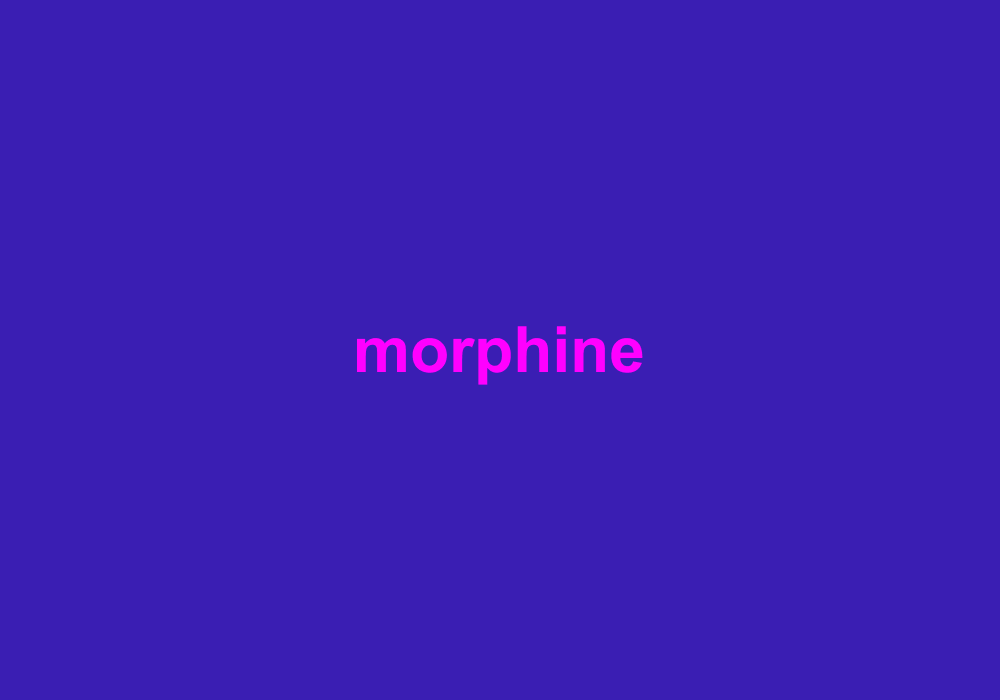 If you’re having a medical procedure, a doctor may order morphine to sedate you and ease pain. In the opioid family, it's a drug that can be highly addictive. After major surgery, a doctor may tell you: I’m calling in a prescription for morphine, but take it only as prescribed and necessary.

The name for the drug, which was historically used as a sedative and sleep-inducing drug, comes from Morpheus, who was the Greek god of dreams and the son of Hypnos (see the previous slide). Morpheus was believe to send human shapes into dreams. His name was coined by the Roman poet Ovid, who based the name of the Greek morphḗ, meaning "form" and ultimate source of the word morph. 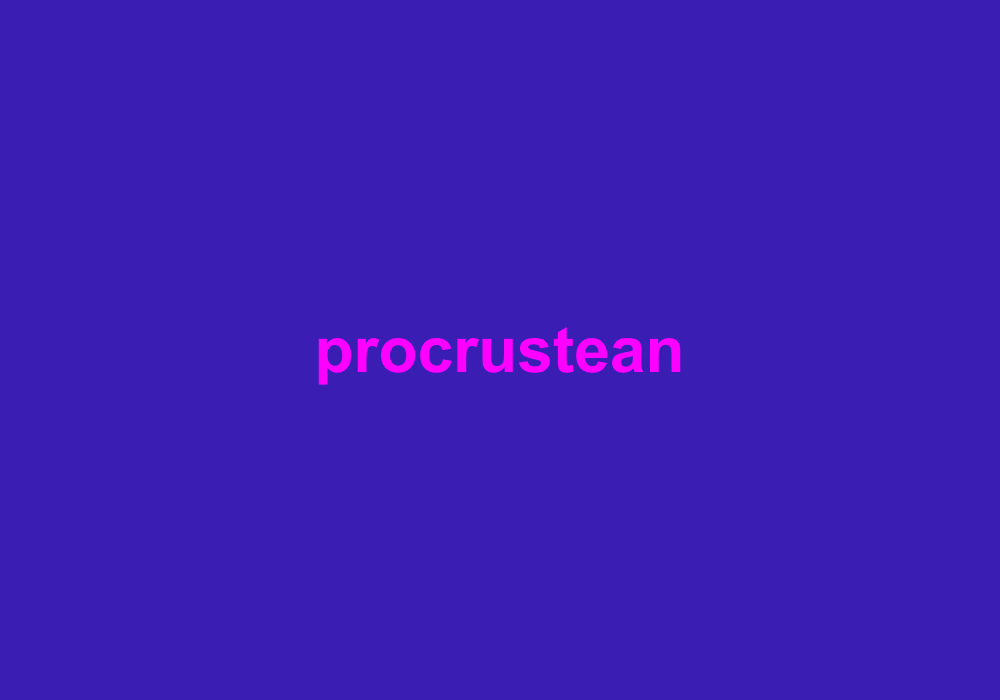 Procrustean means “tending to produce conformity by violent or arbitrary means.” For example, a teenager might say: My school’s procrustean dress code inhibits my self-expression.

The word comes from a chillingly violent dude in Greek mythology—Procrustes, a robber who was known for stretching or chopping off people’s arms and legs to fit in his iron bed. Ouch.

Procrustean is frequently used in an expression referencing his notorious bed: Procrustean bed, which is anything but a comfortable place to lay your head. A Procrustean bed means "a plan or scheme to produce uniformity or conformity by arbitrary or violent methods."

Now Playing: Where Did The Word "Narcissist" Come From?
Now Playing: Explain The Difference Between Enemy vs. Nemesis