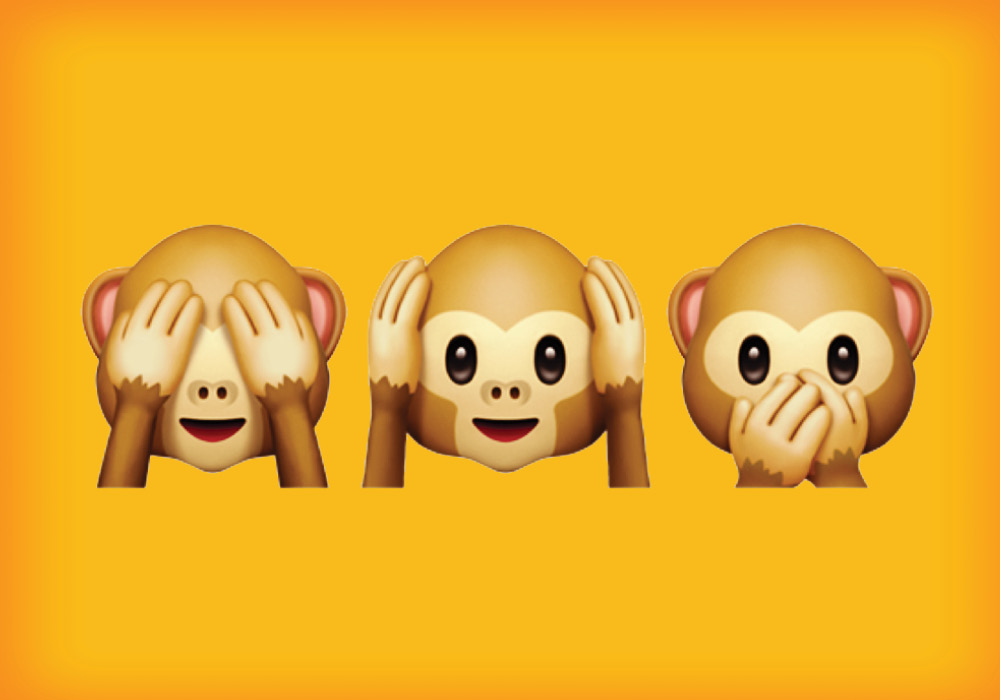 Humans have been using animals as symbols for centuries, from cave paintings to the Chinese zodiac, where each year is represented by a different animal.

Today, with the explosion of emoji onto the communication scene in the 2010s, animal-based emoji have been adopted for their symbolism, too. And, it's not just the three wise monkeys emoji, 🙈🙉🙊, that have deeper meanings. Sometimes, a lobster isn't just a lobster ... 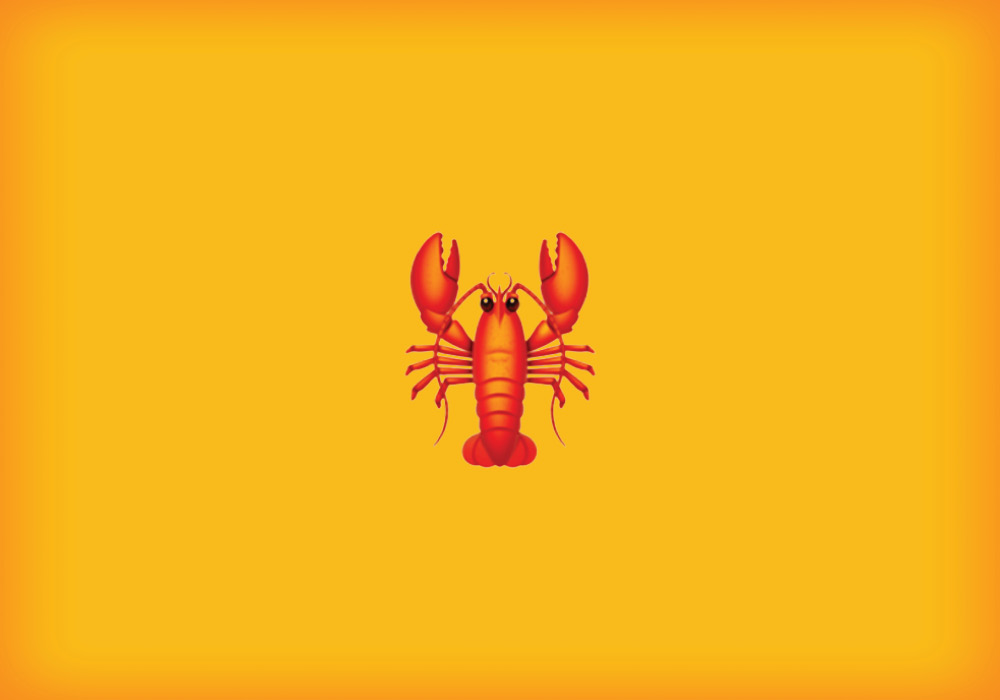 Lobsters, besides being delicious, if distinctly un-kosher, became an official emoji in 2018. Obviously, the lobster emoji, 🦞, depicting the bright red crustacean, is often used to represent lobsters and other shellfish.

But, it has also been adopted by the transgender community, which has been lobbying the Unicode Consortium for a blue-and-pink transgender flag emoji for several years. They were very disappointed when Unicode 11.0 was released in 2018 and they saw their efforts unrewarded. So, they took to the lobster emoji instead, as the lobster is a gynandromorph, "an organism that contains both male and female characteristics."

The lobster emoji is also used in romantic posts and declarations of love, thanks to a memorable scene about lobsters mating for life on the sitcom Friends. 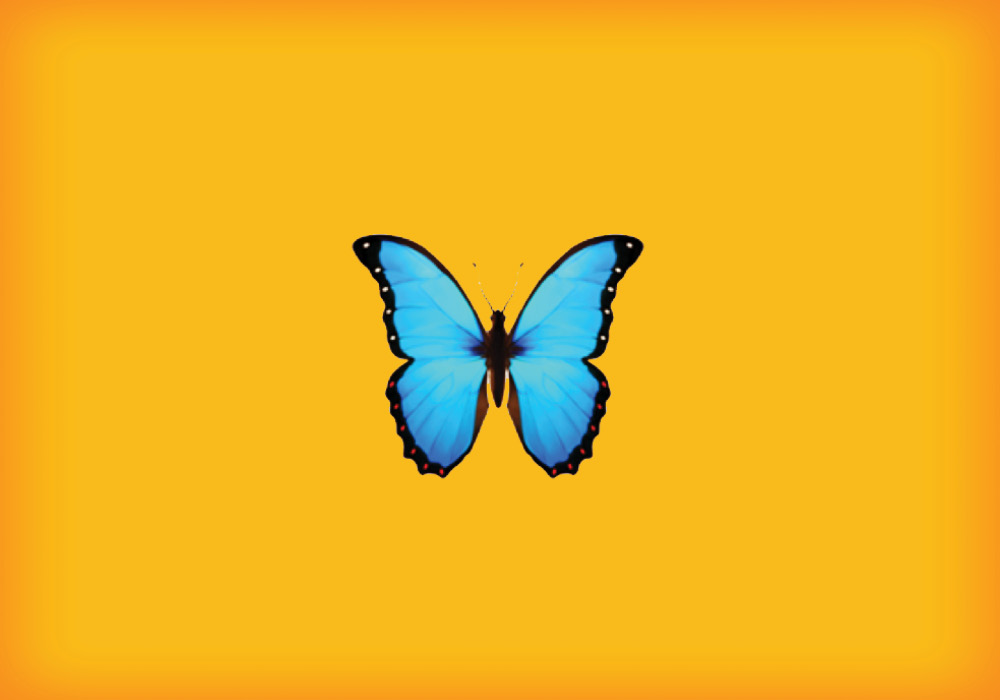 Because its life cycle involves a caterpillar that wraps itself in a chrysalis until it emerges as a winged creature, the insect is associated with beauty and transformation.

So, when the butterfly emoji, 🦋, took flight in 2016, people quickly adapted it to represent change, hope, and new beginnings. It is often included in posts about life getting better after a hard time or to encourage and support people who are experiencing challenges.

While it’s not officially associated with the LGBTQ youth empowerment It Gets Better project, people often include it in posts expressing that sentiment.

And, because feeling "butterflies" in your stomach is associated with the nervous excitement of new love, the butterfly emoji can also signify you have a crush or are falling in love. 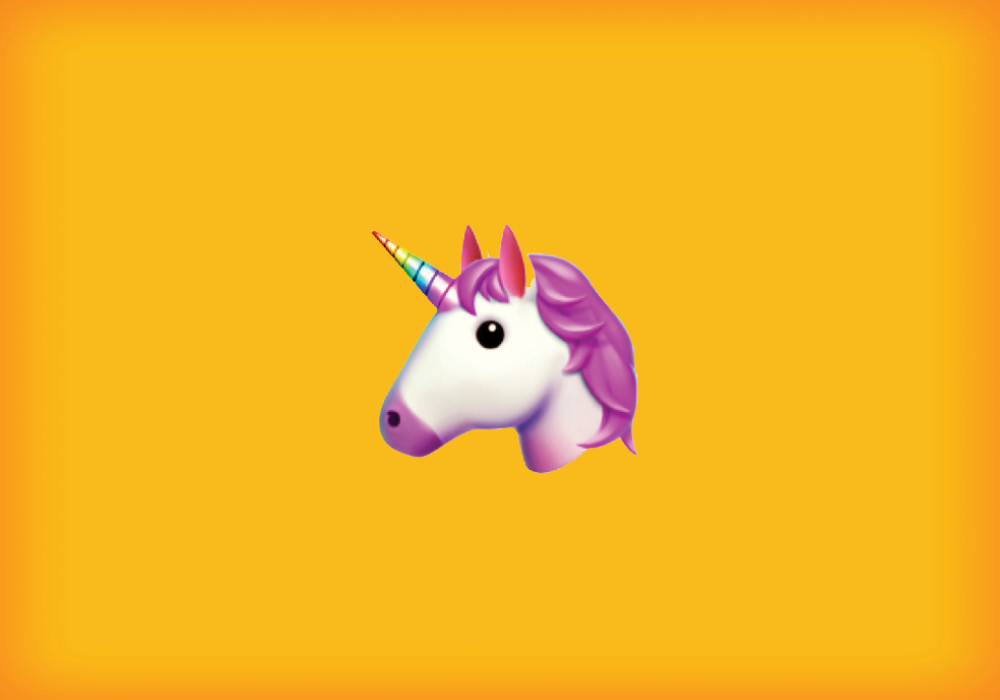 OK, OK, the unicorn is an imaginary animal, but we had to include it in our rundown of animal emoji symbolism, because this mythic creature, including its emoji form, can have many different meanings.

In the LGBTQ community, the word unicorn is slang for a bisexual woman who sleeps with heterosexual couples. This term is referenced with the unicorn face (or unicorn) emoji, 🦄, which debuted in 2015.

More generally, though, people in the LGBTQ community may use the unicorn emoji to express pride or signal identity, connecting the emoji’s often rainbow-colored horn to the rainbow flag.

These aren't the only hidden meanings of the unicorn emoji, however. Business people call a startup valued at over $1 billion a unicorn, something achieved by the likes of Uber and Airbnb. So, tech professionals may include the unicorn emoji in content about such companies. 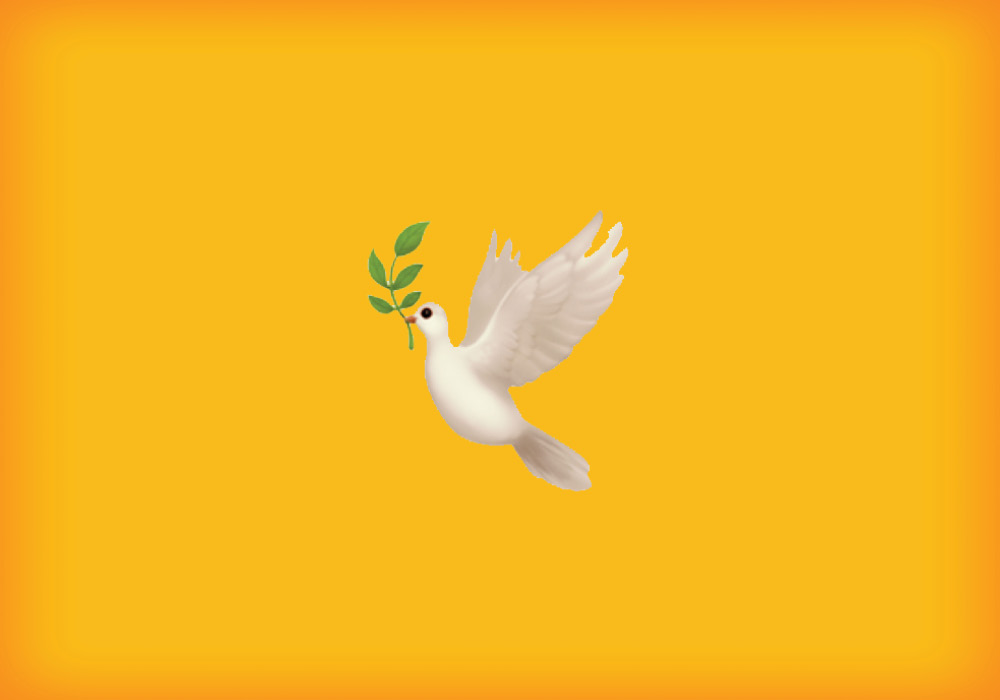 The dove of peace emoji, 🕊️, also called dove emoji, may look like just another bird emoji at first glance. But, note how it is carrying an olive branch. This alludes to just a little foundational story in the Old Testament, where a dove carrying an olive branch appears to Noah after the Flood. It's regarded as a symbol of peace, especially by Jews and Christians, including in its emoji form.

The dove of peace emoji can also signal peace in a secular context. If you're feuding with a friend and ready to make amends, send them a small dove emoji ... just saying.

It is also used in posts about loved ones who have passed away to signal rest in peace. Others have adopted the dove emoji simply to represent birds or express a love of nature. 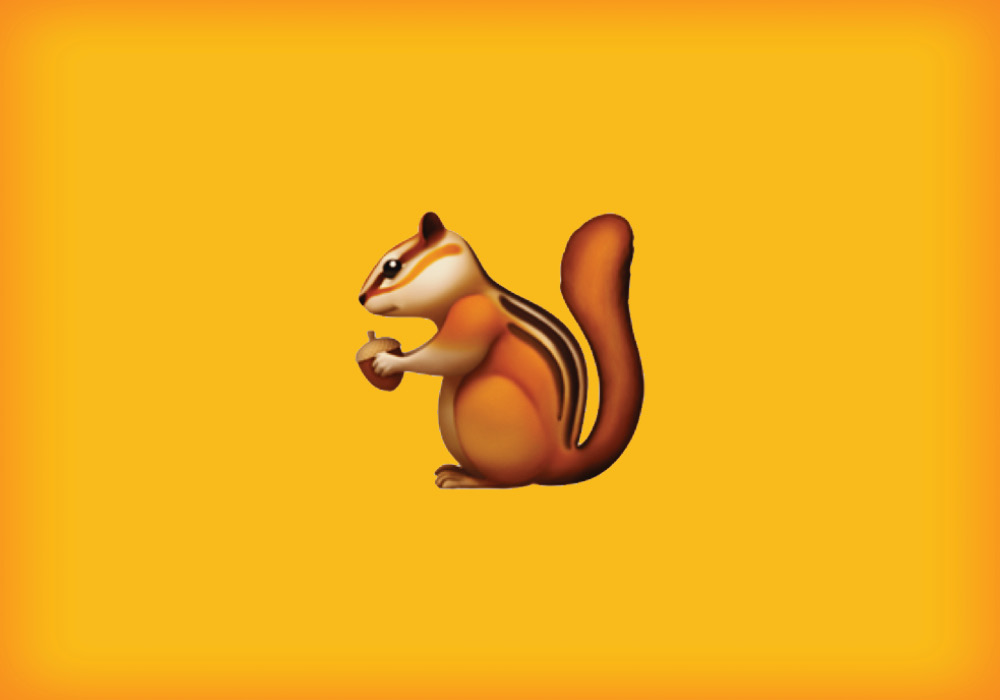 Technically, 🐿️ is the chipmunk emoji, but a lot of users think it’s a squirrel. The fact that it's holding an acorn on many platforms doesn't help with the case of mistaken identity.

As there isn't a squirrel emoji (yet), most of us make do with the chipmunk emoji. Most of us. Some, though, have had enough and demand an eastern gray squirrel emoji. A Change.org petition was even started in 2017 pushing the Unicode Consortium to “Make America Gray Again.” Unfortunately for squirrel emoji proponents, the petition was closed in 2018.

If you’ve ever seen a chipmunk, you know that they’re very cute. Those big eyes and chubby cheeks make for one of our all-time favorite rodents. They’re often featured in movies as princesses’ sidekicks, helpful talking woodland creatures, and even as a high-pitched, pop-star boy band, Alvin and the Chipmunks. If people are feeling bright-eyed and bushy-tailed, sometimes they’ll post selfies along with the hashtag "#🐿️."

K-pop fans especially take to the chipmunk emoji, for its cuteness, when describing their favorite boy bands like BTS. Plus, there are quite a lot of Chipmunk versions of BTS songs on YouTube ... 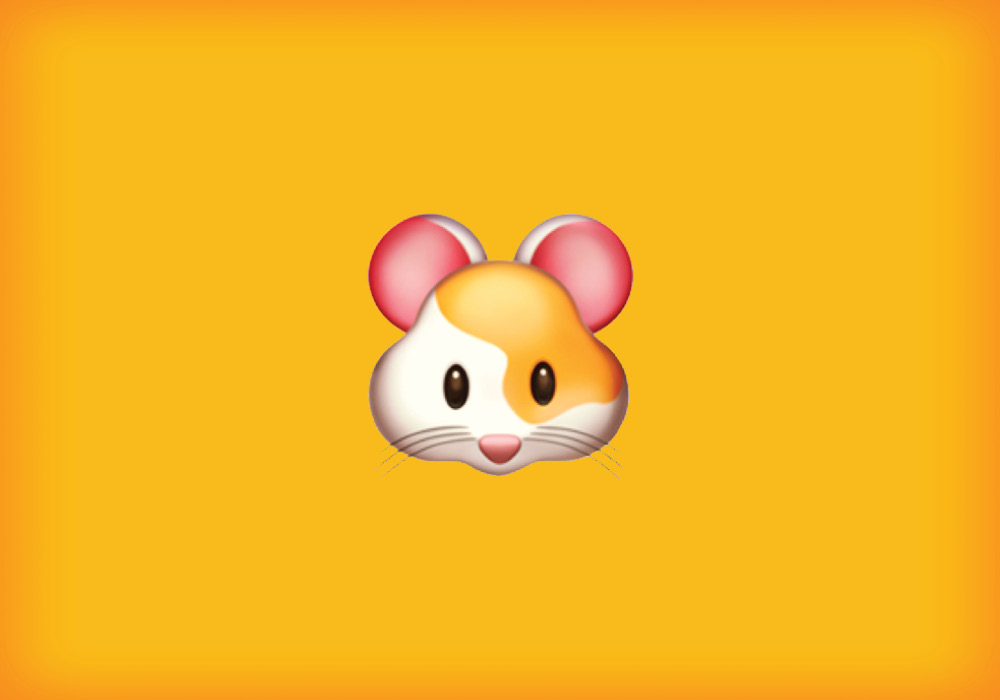 The hamster face emoji, 🐹, wriggles with cuteness. It expresses soft and cuddly feelings, especially toward small pet rodents—including, of course, hamsters. But, it can also be directed affectionately toward people too.

The hamster face emoji is sometimes used when describing a person’s looks, usually relating to someone’s face being cute and chubby, resembling the likes of a chipmunk. Some users like to include the hamster face emoji as part of their social-media handles, suggesting a shy but sweet personality. D'awww. 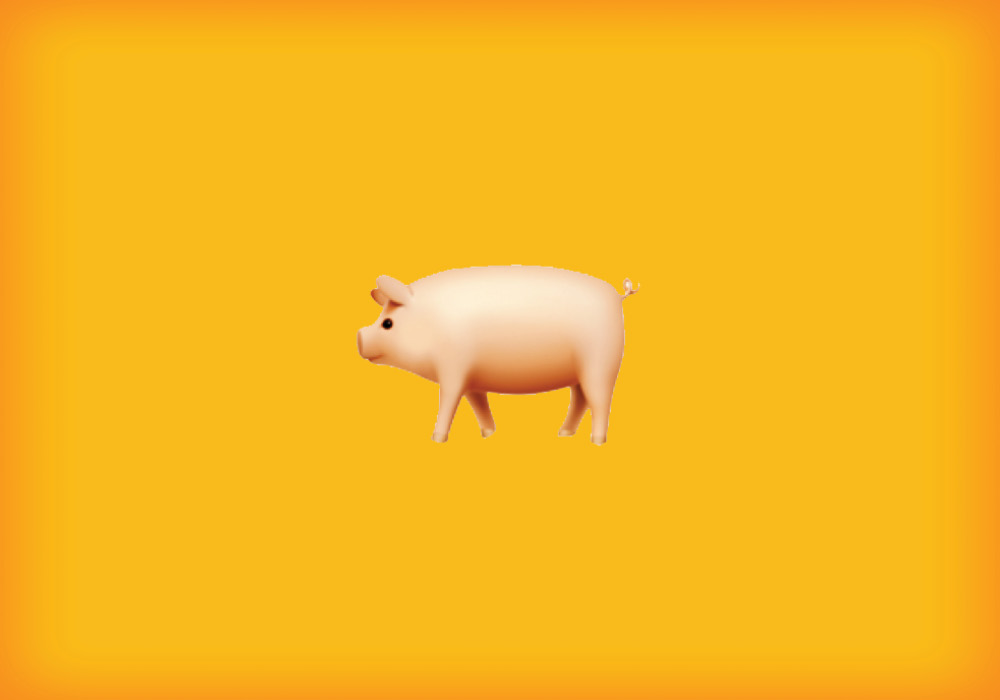 The pig emoji, 🐖, shows that classic farm animal (and tasty meat), the pig. But, it can mean so much more.

Pigs are highly intelligent animals and have long been associated in various cultures with economic prosperity, good luck, lust, fertility, and laziness. You won’t see them used much in social media in any of those representations, though. On social media, the pig emoji is used to symbolize money and banks (yes, like piggy banks) as well as greed and gluttony.

The pig is also the 12th animal in the Chinese zodiac, and those born under the sign of the pig are said to be trusting, goal-oriented, calm, compassionate, and generous. And so, people will use the pig emoji to represent these parts of their personality if they were born under this sign or if it’s the year of the pig.

Another farm animal that has more than one meaning is … 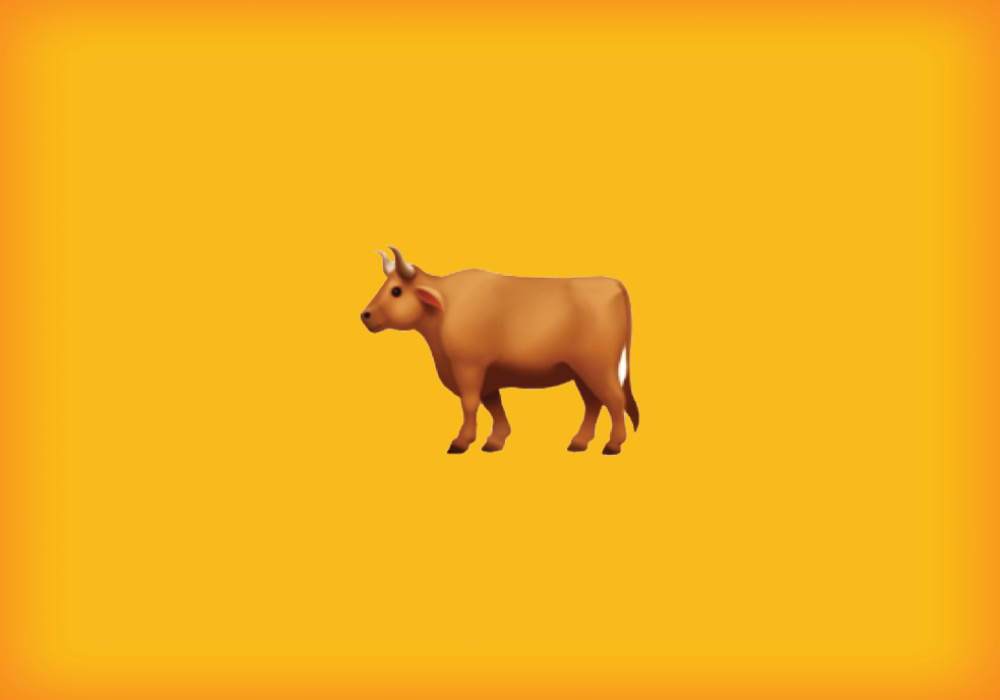 An ox is a castrated bull used for farm work, but the ox emoji, 🐂, is applied to bovines more generally, including as a stand-in for the zodiac sign of the Taurus (bull) in Western astrology. The ox emoji spiked in 2016 thanks to boy-band One Direction’s Niall Horan, who was dating a Taurus.

If the eggplant and peach emoji have taught us anything, it’s that people are pretty clever at adapting emoji for their own purposes. And so, because the ox emoji looks like a bull, people pair it with the pile of poo emoji (💩) to create the word bullshit. Nice one.

People of Chinese descent or interested in Chinese culture use the ox emoji to signify they were born in a Year of the Ox, based on the Chinese zodiac. Expect to see a lot of use for the emoji in the next one, 2021, around Chinese New Year.

And finally, as a so-called beast of burden, people sometimes add the ox emoji when describing someone as a beast or just an “excellent person,” especially in sports or music. 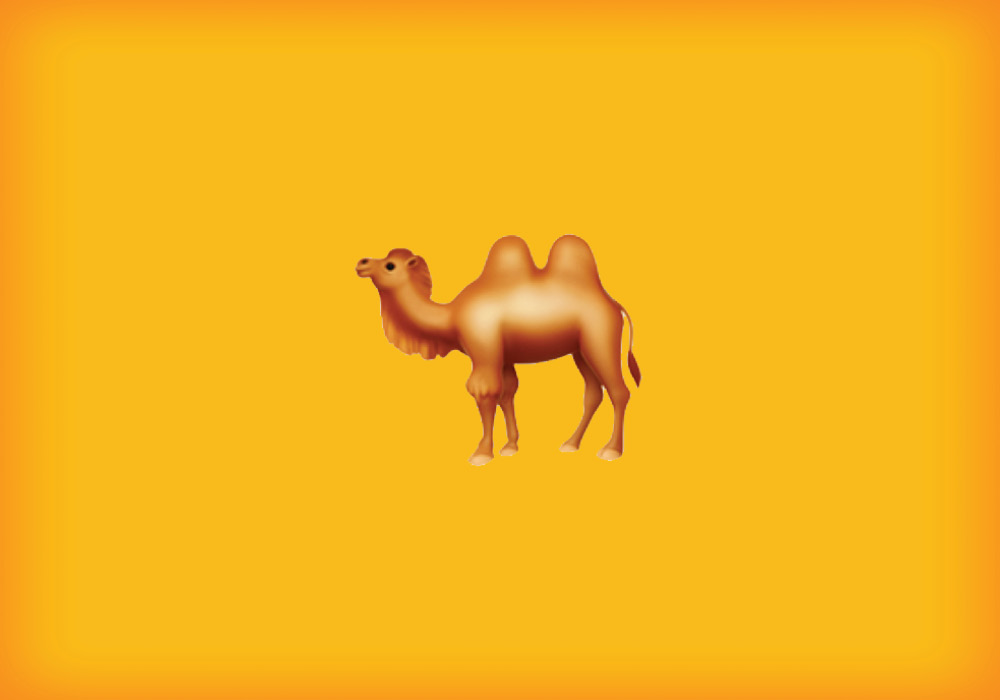 The Bactrian camel emoji, 🐫, depicts the two-humped camel native to Central Asia—not to be confused with its one-humped cousin, the dromedary camel and its emoji, 🐪. Yup, there are two camel emojis (and yet, no squirrel emoji).

Both camel emoji, however, often get used interchangeably for puns on all things "hump." For example, the Bactrian camel emoji is often used to illustrate pictures and posts about Hump Day (i.e., Wednesday, the “hump” in the middle of the week we all slog over to get to the weekend).

Of course, hump doesn’t always have such a PG-meaning. We'll just leave it at that.

We've left the best, most epic animal emoji for last. You won't want to miss the Greatest of All Time or … 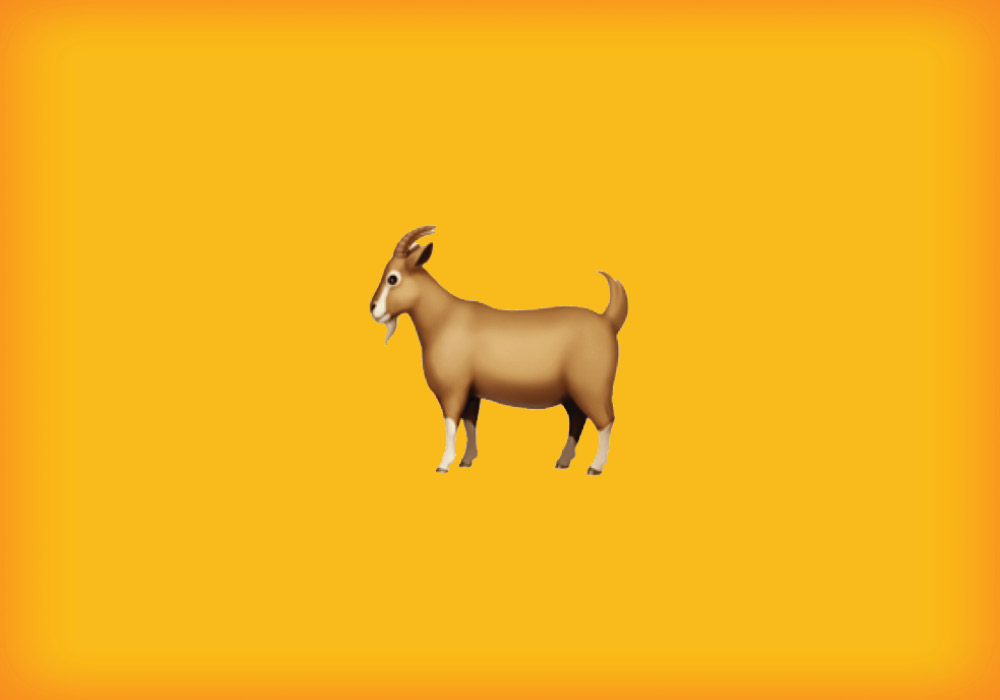 When not alluding to the literal animal, the goat emoji, 🐐, can stand for GOAT, an acronym meaning Greatest of All Time. It is generally used in reference to highly skilled individuals, such as award-winning musicians or talented athletes, in order to praise them as being the all-time best in their chosen field.

While the acronym GOAT seems to have first appeared in the 1990s, it was not until rapper LL Cool J released his album G.O.A.T. (Greatest of All Time) in 2000 that the term achieved widespread recognition. The album was a huge success, and cemented the now seemingly-arbitrary connection between worldwide success and the goat emoji.