By themselves, words can't be right or wrong. They gain "rightness" in social context. Like coq au vin and fried chicken, there are times for keeping things casual and for gussying up. We understand that words are useful only because people use them - We don't make them legitimate, we just reflect the way language is used.

So, let's take a peek at nonstandard and informal words that have snuck into the dictionary through popular use. These words are the chicken nuggets of English—maybe not ones you’d have at a fancy dinner, but flavorful (meaningful) all the same. Word snobs might say these are utterly distasteful. But, honestly, who doesn’t sneak a chicken nugget now and then? 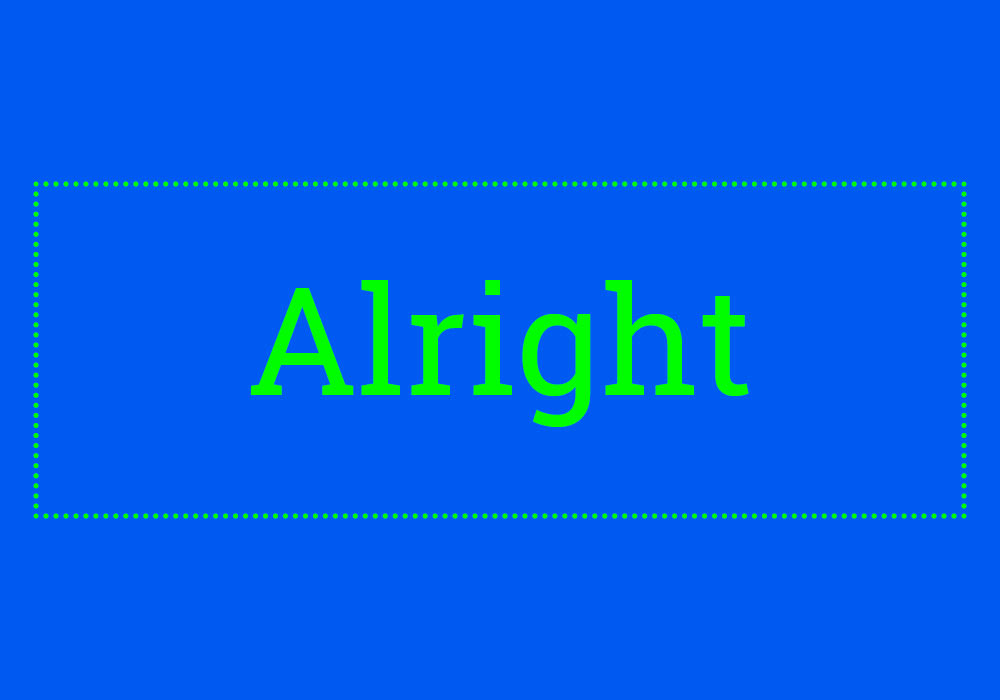 Alright is totally alright to use in informal writing and dialogue. It's the chicken nugget of all right. One of the most well-known word snobs, H.W. Fowler (who wrote A Dictionary of Modern English Usage) would roll over in his grave knowing we're giving alright the green light.Alright follows the form of other words recognized by dictionaries, like already and altogether, but some grammar resources say alright is nothing more than a spelling mistake. If we threw out every word that was once a spelling mistake, we also wouldn't be able to use culprit, nickname, or pea. Sheesh. 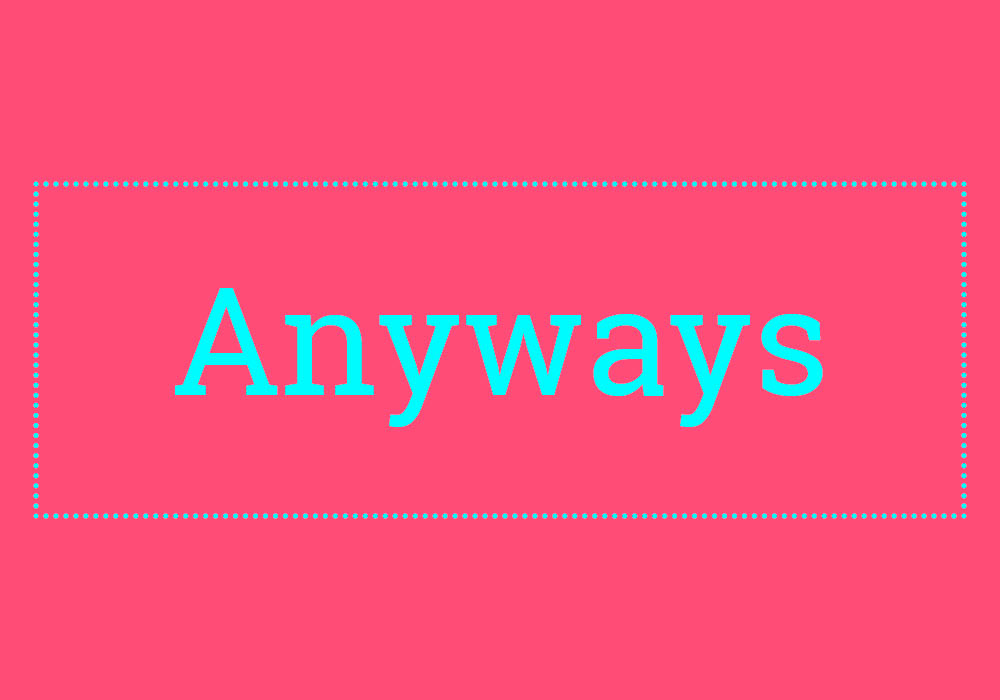 Anyways, the nonstandard form of anyway, is frequently heard in spoken conversation, but it also crops up in writing. Is the iPhone generation to blame for the "distasteful" s at the end? Not at all. Anyways has been around since the 1500s! "So, like, anyways, back to my knight in shining armor...literally..."

In conversation, if you're not going for the drawn out "anywayyyyyy," sometimes adding a zesty s is the best way to punctuate the adverb. Again, this is a chicken-nugget, super caj (casual for casual) way of speaking. An even better form (if you're brave enough) is "anytoots", but we'll just take it one step at a time. 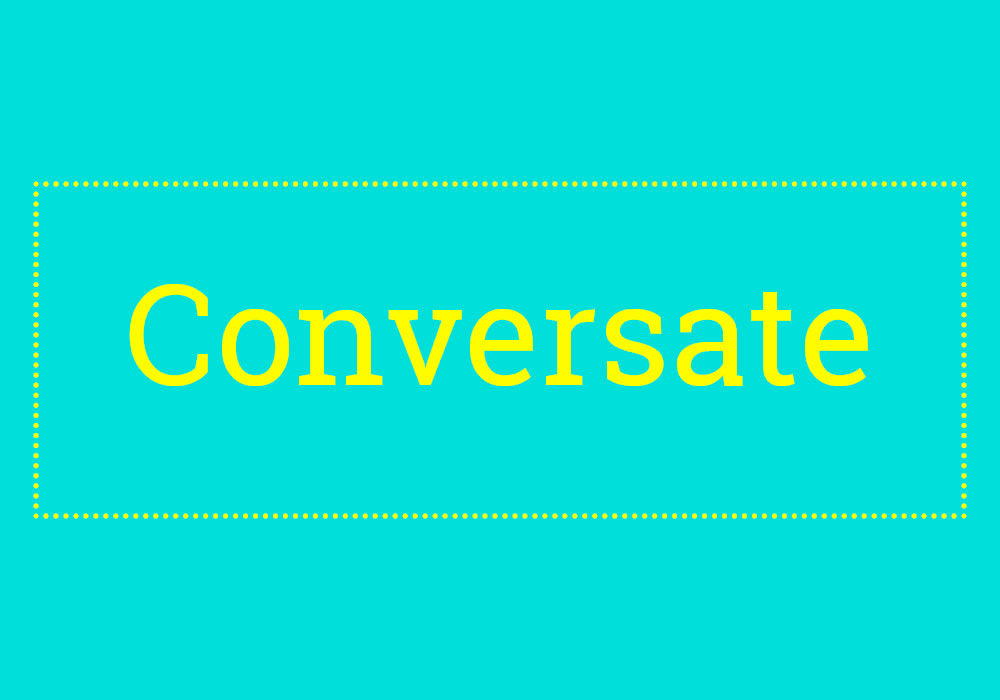 Conversate is a nonstandard word that wants to play dress up. It's like making coq au vin out of chicken nuggets (which would be soggy, but perfectly delicious...what's not to love about fried chicken and wine?). The word gained popularity in the 2000s, but it's been around since the '70s when it was created from the word conversation. Because converse is the gold-standard form, conversate takes a relaxed, sometimes humorous slant. It's a great word for catchy rhymes. Need a slogan for an artsy get-together? "Create and Conversate!" Or - as we're all about being nonstandard today - how about rewriting the definition altogether: "Conversate = to date using the exchange of words only." 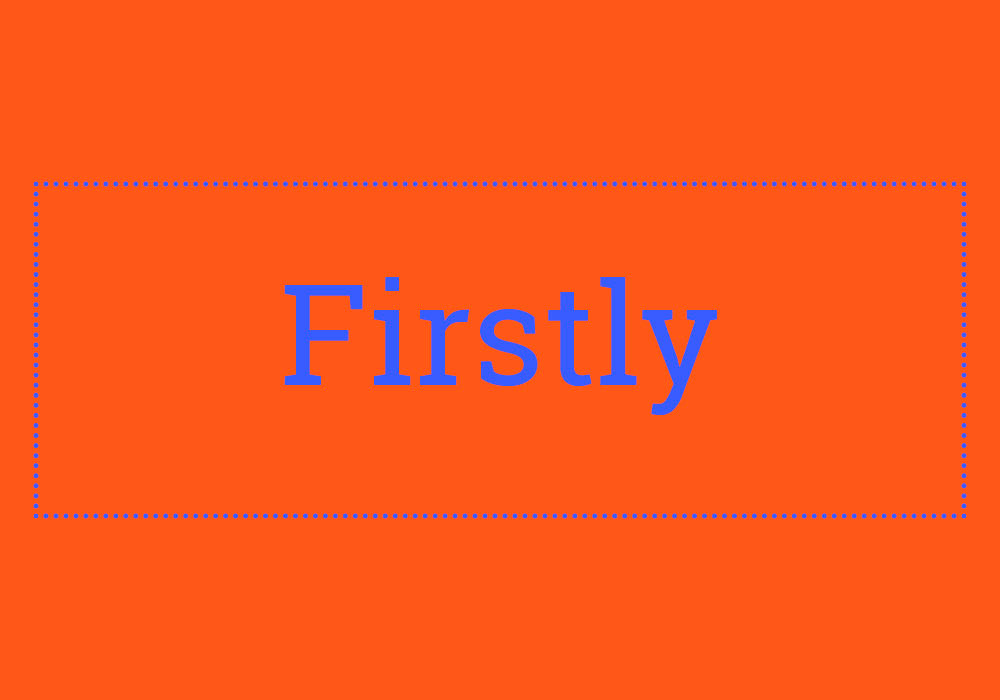 Firstly holds a jaunty spot in the dictionary as a variation of the more popular first. It joins anyways as a chicken-nugget word that's been infuriating grammar snobs since the 1500s.

This word, like the others in the show, is a prime example of how adding a couple additional letters (i.e. meaningful English suffixes) doesn't change the entire meaning of the word, and that's why these nonstandard forms aren't completely problematic. The –ly of firstly doesn’t send people into a tailspin of confusion ("Firstly!? What does that even mean?!"). Firstly still recognizably means first. Now, if someone said bleislvi to mean first, there’d be a major issue and the snobs could whine all they want. 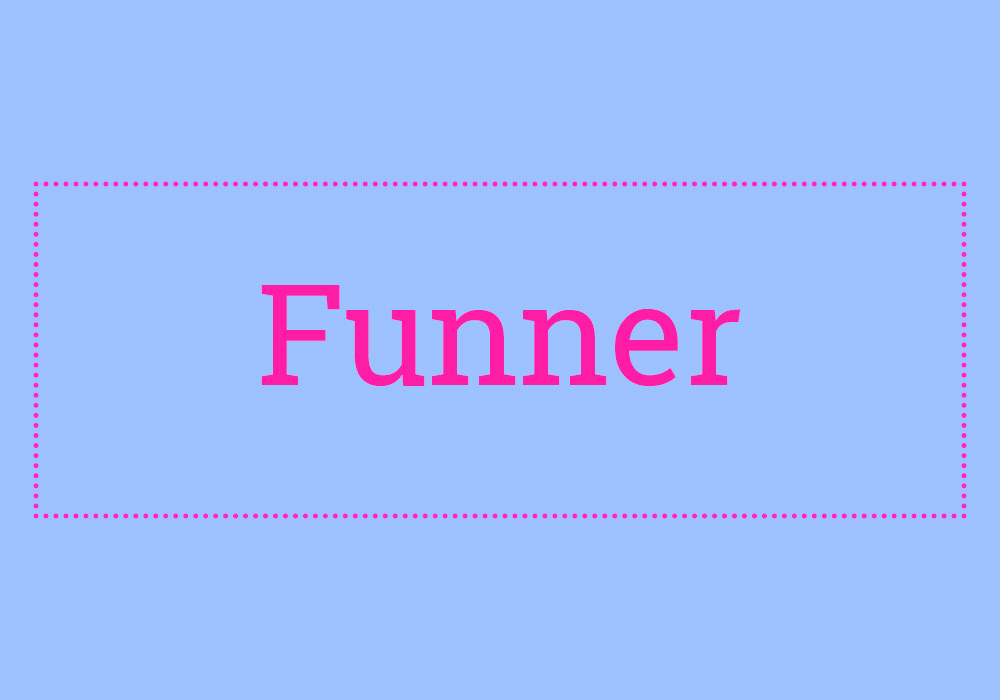 This one could be funner-up to the biggest chicken-nugget word on the list. Funner is a very informal substitute for more fun, as in, "We're having a funner time writing about nonstandard words than we thought we would." And think about it, "We're having a more fun time..." sounds wrong anyway(s)! 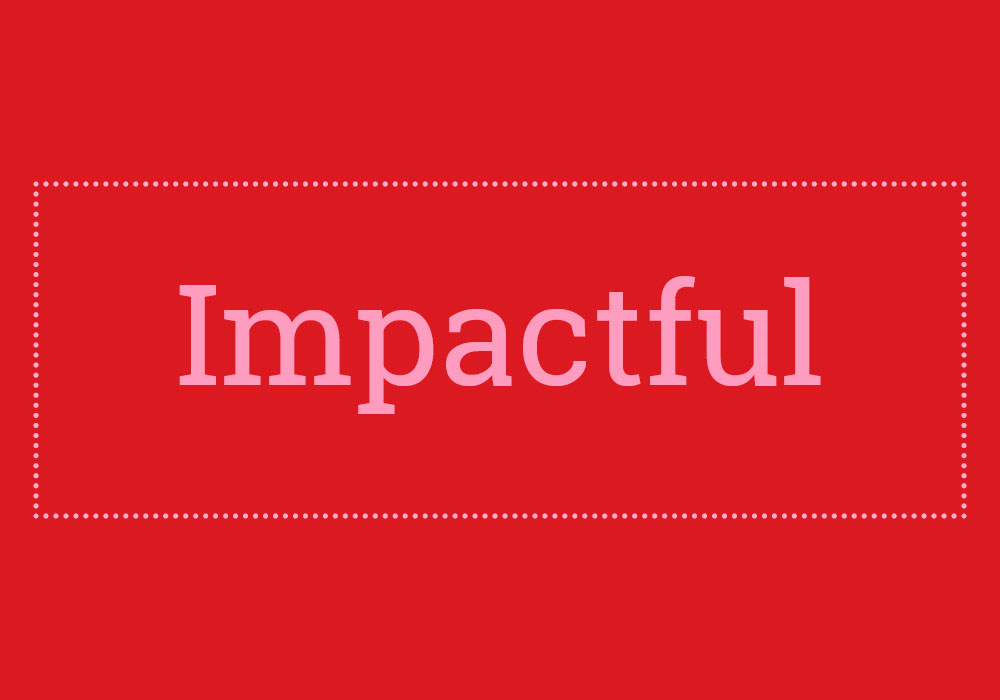 Impactful is one of the chicken-nugget words language snobs love to hate. In fact, the revulsion directed at impactful is so intense, the word warranted a lengthy "usage note" under the Dictionary.com entry.

Haters consider impactful a "barbarous" and "ugly usage" of English. They claim the word lacks the meaning of other adjectives ending in -ful, namely that impactful can’t mean “full of impact” because that doesn’t make sense. Ok. Does lawful mean “full of law” or forgetful “full of forget”? Not literally, no. BUT the –ful suffix has other denotations, like “having or characterized by” or “able to,” both of which could apply here: “having impact,” “able to impact.” 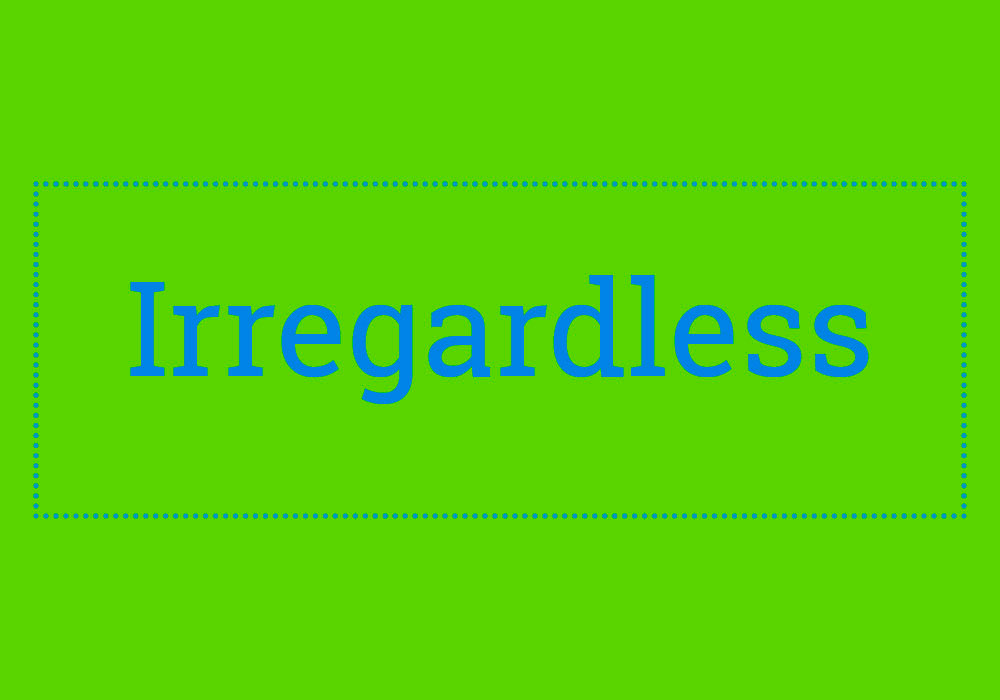 Roll your eyes if you want: Irregardless is a word.

There are 3 kinds of people in life: Those who become infuriated by the use of this word, those who politely smile and move on with the conversation (the ones who know regardless and irrespective are standard forms, but they understand exactly what you mean, so no need to be a schoolmarm), and the ones who give no reaction (because they also don't give a whiz).Irregardless has been around since at least the 1870s, and early examples of its use are by educated journalists. The beef with this word may have originated from its embrace of the dreaded double negative. Word snobs must only like music in which singers “cannot get any satisfaction” and croon “it is not me, babe.” Go ahead, let your hair down, irregardless of what anyone else thinks. 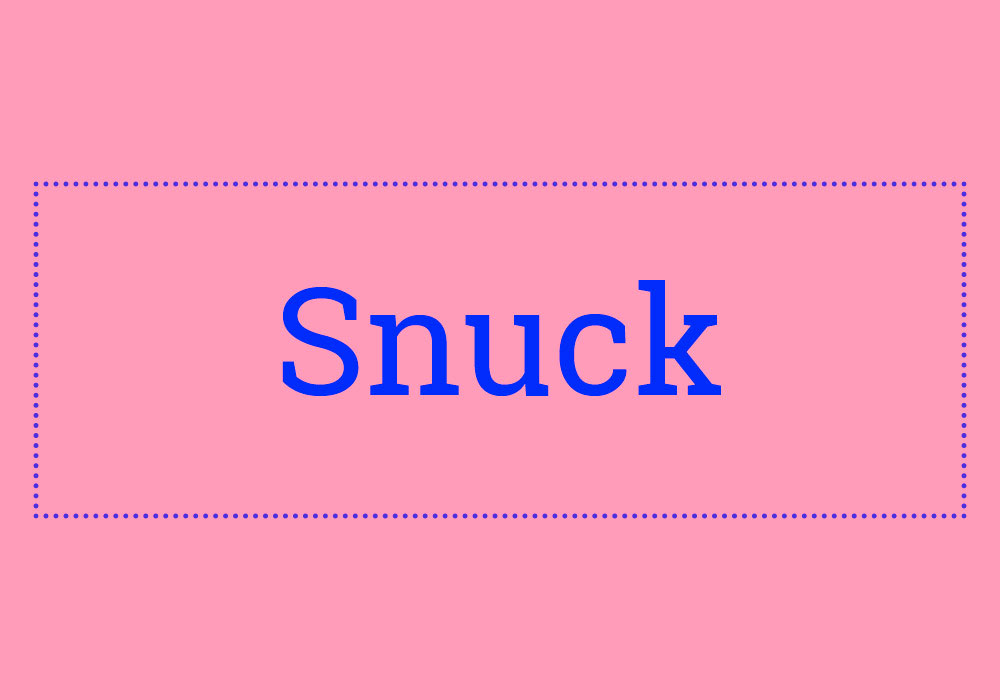 As it turns out, snuck isn’t exactly a chicken-nugget word anymore. Educated professionals use snuck as the past tense form of sneak so frequently that it really isn’t considered nonstandard now. In fact, it’s the only past-tense form of sneak that many people know to use. Sneaked has a strange sound to young folks especially, but this was once the standard form, and is still used in highly formal writing.

So here’s the deal: there are tons of ways to cook a chicken; dress it up or fry it up, it’ll still taste good. These nonstandard chicken-nugget words aren’t for the black-tie ball, but they’re still full of flavor in their own right, and they’ve got a place in our hearts and our dictionary. Take that, language snobs.