The semicolon: is it the most maddening and mysterious punctuation mark? Many writers avoid it altogether. When trying to express thoughts clearly, who needs a “semi” anything? Our task is not to sway your feelings, but to simply provide some definition to your like or dislike. When exactly should one use a semicolon? Fundamentally, what’s the difference between a colon and a semicolon?

The word colon is derived from the Greek kolon meaning “limb, member, portion” and the Latin colon, meaning “part of a poem.”

The : symbol was first introduced to English orthography around 1600. In John Bullokar’s An English expositor (1616) the author defines the colon as, “A marke of a sentence not fully ended which is made with two prickes.” The “prickes” Bullokar refers to are the equally sized dots centered on the same vertical line.

We’ve come to accept the use of the colon as falling somewhere between a semicolon and period. The punctuation mark informs the reader that whatever is written after the colon should usually prove or explain that which comes before. For example, “I have two dogs: Rufus and George.” In addition, the colon is often used to replace quotes in a passage as in the following: Martin Luther King, Jr. proclaimed: I have a dream.

Mathematics makes great use of the colon primarily in relation to ratios – 2:1 (two to one) and in mathematical logic – as in the phrase, “such that” which is assigned with the : symbol.

Though not a period or a comma, the semicolon is often used to list items and link related clauses. When used instead of a period between two sentences, the semicolon links the two and lets the reader know that both sentences have a stronger relationship to each other than the sentences around them.

The comma symbol within the semicolon denotes a slight pause instead of a full stop or period – leading many to incorporate the semicolon within a sentence to hint of fluidity.

Some linguists have questioned the need for the semicolon, stating that two sentences can exist separately and still relate a connective thought. However, others believe the semicolon is best suited for creative writers (such as Virginia Woolf and Herman Melville) who have managed to squeeze subtle expression out of the maligned mark.

Do you ever use the semicolon or do you avoid it at all costs? Let us know! 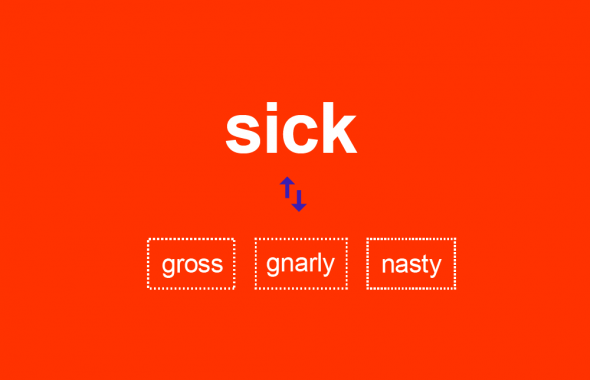