What does ad hoc mean?

Something ad hoc is put together on the fly for one narrow, pressing, or special purpose. For example, a government committee arranged to address one specific problem would be an ad hoc committee. More loosely, it can mean “spontaneous,” “unplanned,” or “on the spot.”

Ad hoc is one of those Latin phrases loved by academic, law, and government types and literally means “for this (thing).”

Where does ad hoc come from? 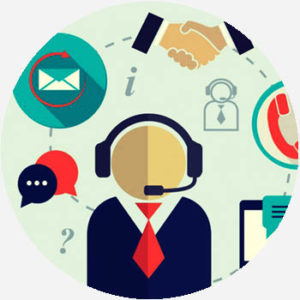 English borrowed the Latin phrase ad hoc as early as the 1600s, when the expression was quickly being adopted into legal and judicial writings.

Ad hoc spreads as a term in such contexts in the 1800s. A Louisiana Code of Practice for civil law from 1839, for example, lists the various situations where a person, such as a minor, may be assigned what is called curator ad hoc, a “caretaker for this purpose.” An 1869 judicial report from the state of New York, as another instance, describes forming ad hoc committees by the courts to investigate specific matters.

Around the same time, ad hoc was spreading to other areas. The phrase ad hoc hypothesis began to appear in scientific writing. An ad hoc hypothesis is basically a scientific excuse, a logical fallacy. It’s when someone makes up a new complication to brush off evidence against their claim—like if you said there’s a little green alien following you around, and when everyone asked where it was, you said you only you could see it.

Of course, not all ad hoc hypotheses are out of this world. An 1894 article on color perception points out how two of the common theories of the time relied on an extra, unproven ad hoc hypothesis about the vibration of light waves. Today, there’s even a festival dedicated to ad hoc hypotheses, where scientists can blow off steam by making stuff up.

In 1970, Alvin Toffler, the author of Future Shock, proposed that ad hoc organizations had some real benefits. Riffing on political terms like democracy, Toffler proposed the word adhocracy (a slightly earlier coinage, from 1966) as a kind of flexible organizational structure that could replace bureaucracy. Six years later, adhocracy was discussed in a business book aimed at administrators. An entire book on the subject followed in 1990, and the topic has since come up in the popular business in 2015.

In computing, an ad hoc network is a network of computers temporarily connected directly to other computers without a router or hub. Ad hoc networks were discussed in a communications journal in 1994, and there is currently an entire journal dedicated to the topic.

How does it feel to have 80% of your day going as planned and only 20% being ad-hoc / Anyone?
@Icarus_Reloaded, July 2018
The Registrar of Delhi University said on Monday that no assurance had been given or could be given by the Vice-Chancellor regarding the continuation of ad hoc teachers in the new session.
The Hindu, June 2018
Mammals sleep because they hate themselves. Human intelligence evolved thanks to alcohol. Fish are stupid because they’d be too sad if they knew how boring their lives were. These are a few of the asinine arguments from BAHfest, the festival of bad ad hoc hypotheses—or as the organizers put it “a celebration of well-argued and thoroughly researched but completely incorrect scientific theories.”
David Shultz, Science, October 2017
SEE MORE EXAMPLES

You’re often going to see ad hoc describing government committees and judges, which are formed for very special purposes. Most often you’ll see it preceding what it modifies, e.g., an ad hoc judge, but especially in legal settings, following it: judges ad hoc.

Any Manchester based freelance web designers out there? Get in touch with @bamboo_mcr if you’re looking for some ad hoc project work 💻

Ad hoc can be used to criticize an organization or event for being a little too loose or improvisational, though. The criticism is that it’s unstructured and wasn’t thought out.

This is not meant to be a formal definition of ad hoc like most terms we define on Dictionary.com, but is rather an informal word summary that hopefully touches upon the key aspects of the meaning and usage of ad hoc that will help our users expand their word mastery.