What does an hero mean?

An hero is used by the dark parts of the internet as a mocking synonym for the act of suicide or for someone who has died by suicide.

Warning: This article deals with the sensitive topic of suicide and an internet culture that, unfortunately, makes light of it. If you (or anyone you know) are thinking about attempting suicide, please call the toll-free, 24/7 National Suicide Prevention Lifeline at 1-800-273-8255.

Where does an hero come from? 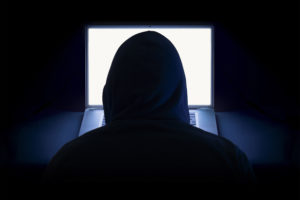 On April 20, 2006, a seventh-grader from Minnesota, died by suicide. His classmates created a memorial page for him on MySpace. One of the comments on his page, possibly from a classmate, began: “He was such an hero, to take it all away. We miss him so, That you should know, And we honor him this day.”

The memorial page was linked to by MyDeathSpace, a website that aggregated memorial MySpace pages. From there, the page was discovered by 4chan‘s /b/ board. The 4channers noticed a mention of a lost iPod in the memorial page and erroneously concluded that the Minnesota student had killed himself because of it. They were also amused by the poor grammar or typo of the an hero comment and how it accidentally implied the young man’s death was an act of heroism. From here, 4chan started a meme, photoshopping the student’s face on other pictures and using an hero as a noun and verb for suicide.

By the 2010s, an hero had spread to other 4chan-adjacent websites like Encyclopedia Dramatica and Uncyclopedia. An hero occasionally appears on other forum sites like Reddit and social-media sites like Twitter, but it’s still most often used by 4chan users and trolls attempting to use it for shock value.

I think I want to an hero myself after watching Metal Gear Survive footage.
Maybe I'll wake up as a zombie in the Metal Gear universe.

WATCH: What Did The Word "Hero" Used To Mean?

Examples of an hero

The suicide ... gave name to a whole new concept, 'an hero' to describe sensational media suicides.
Lars Konzack, The International Journal of Trolling and Online Participation, September 2014
Fucking Twitter tried to silence me for telling Donny to an hero. Had to delete the tweet, and replace it with another. Craven lot.
@TongueEnvy, August, 2018
What is the best way to an hero so that it looks like an accident? I don't want my family to think I killed myself.
Anonymous user, 4chan, June, 2013
SEE MORE EXAMPLES

Who uses an hero?

As noted, an hero is used primarily on 4chan. There, it is used as a synonym for suicide and is often “suggested” as a good idea for users with bad opinions or users who’ve embarrassed themselves, similar to Kill Yourself.

Outside of 4chan, it is mostly used by troll-ish edgelords trying to be provocative or offensive, often in verb form, to an hero, or “take one’s life.”

Welp, 4chan is down. Time to an hero.

This is not meant to be a formal definition of an hero like most terms we define on Dictionary.com, but is rather an informal word summary that hopefully touches upon the key aspects of the meaning and usage of an hero that will help our users expand their word mastery.