Where does asdfmovie come from? 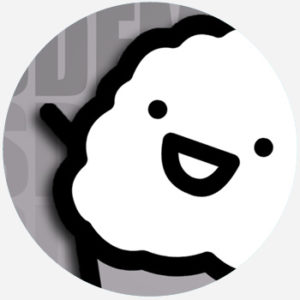 Asdfmovie, sometimes inaccurately rendered ASDF Movie, is a comedy web series created by Thomas “TomSka” Ridgewell. It features stick figure characters in short, two-minute episodes. The series is named after the left-hand home-row keys on a traditional QWERTY style keyboard. The videos themselves are simple animations designed in Macromedia Flash.

The concept for asdfmovie began in 2005, when Ridgewell, an aspiring comics artist frustrated by his (self-admitted) lack of artistic talent, used MSN Messenger to create his own emoticons. Ridgewell had the idea to use his customized emoticons as the heads for characters, which he featured in his webcomic asdf, first posted on the website Sheezyart.

After a few years of asdf comics without any major success, Ridgewell was inspired by other popular web cartoons designed in Macromedia Flash, such as the Lazer Collection, and adapted asdf comics into a cartoon. A 13-year-old fan named James Cunningham offered to animate asdf comics for free, and Ridgewell, only 18 himself, took the offer. Ridgwell called the animated series asdfmovie, and after just a month, Ridgewell boasted an impressive 400,000 views and 3,000 subscribers.

The first episode of asdfmovie premiered on August 10, 2008, and it was an adaptation of Ridgewell’s “Got Your Nose” comic. The next episode didn’t come out until January of 2010. By the time that asdfmovie’s fifth episode, “asdfmovie5,” came out in May 2012, it received one-million views in just over a day. The series has released new episodes intermittently since then, with “asdfmovie10” released in April of 2017. The asdfmovie series has also spawned a line of merchandise, including t-shirts featuring fan-favorite scenes and catchphrases. In spite of its humble origins, the success of the asdfmovie, in Ridgewell’s words, “made my career.”

Some of the asdfmovie’s characters have inspired memes of their own. For example, the “I like trains” character—who very much likes trains—generated his own song, which has been the source of video covers, images, and more.

#asdfmovie #funny #asdf movie #mine3
invisiblechange, Tumblr, December, 2012
was showing Katelyn asdfmovie she said, and i quote: 'it's not even that funny' i am wounded. (but i respect her opinion, just a bit sad)
@jexbp, April, 2017
Best known for creating the fast-moving, minimalist, animated sketch show asdfmovie and being the main creative force behind Eddsworld following the death of its creator (and his friend) Edd Gould, TomSka has grown up on the internet.
Dave Golder, “EXCLUSIVE INTERVIEW TomSka On The Past, The Future & Vlogging,” MyMBuzz, May, 2016
SEE MORE EXAMPLES

People use the term asdfmovie when they are referencing the web comic series. They can also use it in a hashtag “#asdfmovie” on social media to call out the series.

Clips from asdfmovie are used online as “reaction” videos, posted in response to something said by another user. GIFs created from asdfmovie clips circulate around social media, particularly Tumblr. Since the scenes themselves are so random, chaotic, and simplistically designed, familiarity with asdfmovie is not necessary to enjoy them. Many imitation videos also exist, using the same bizarre style and characters from the actual asdfmovie, sometimes merged with the characters of rage comics. Many of these fan creations answer the the “asdfcomp” contest, in which Ridgewell challenged users to make their own skits in the asdf style.

This is not meant to be a formal definition of asdfmovie like most terms we define on Dictionary.com, but is rather an informal word summary that hopefully touches upon the key aspects of the meaning and usage of asdfmovie that will help our users expand their word mastery.