Feedback
assalamu alaikum
at a glance

What does asshat mean?

Asshat is a vulgar slang term for a stupid, obnoxious, or contemptible person, used much like the word asshole.

Where does asshat come from? 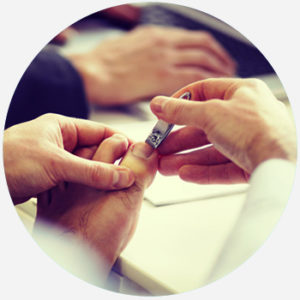 Asshat is one of a family of slang terms insulting “idiots” or “jerks” with terms related to ass and/or head: assface, asshead, asshole, blockhead, and dumbhead, among others. Asshead, for instance, was used to mean “fool” in the 16th century, though ass is also historically associated with “donkey” in addition to “butt.”

As a popular alternative to asshole and similar terms, asshat emerged at least by the early 2000s. The first entry on Urban Dictionary appears in 2002, defining the term as “One who has their head up their ass. Thus wearing their ass as a hat.” The term alludes to other expressions like “pull your head out of your own ass” or “your head is so far up your ass,” ways of saying a person is too self-absorbed or oblivious to their surroundings, hence “stupid.”

The phrase “wearing your ass as a hat,” a possible source of asshat, appears in some notable films and television shows. In Clint Eastwood’s 1976 film The Outlaw Josey Wales, a character orders another to “get back in line before I kick you so hard you’ll be wearin’ your ass for a hat.” Later, in the 1991 movie City Slickers, one character says the line “I like your ass. Can I wear it as a hat?” Wearing an ass as a hat is also used as a joke in an episode of the sitcom That ‘70s Show from 2000: “RED: Eric, if you don’t want to wear your ass for a hat, you’ll get up here, pronto! DONNA: You better go. You know how that ass-hat screws up your hair.”

The term could have also been influenced by medical terminology. In hospitals and nursing homes, when nurses require either urine or stool specimens, they use a plastic bin informally called a “hat,” or a “toilet hat,” or “nurse’s hat,” due to the bin’s resemblance to an upside-down cowboy hat. The hat is placed inside a toilet, where the brim holds it aloft, and the hat’s bucket is then positioned to catch stool (or urine) so that it can be tested. Essentially, the plastic hat becomes a “hat for the ass,” since the ass is sitting on top of it.

Obscenity rules may have helped spread asshat in the early 2000s, as many broadcasts prohibit a more common swear like asshole from air. In 1989, for instance, comedian Andrew “Dice” Clay used the word “asshole” on live television during an MTV awards show; the controversy resulted in Clay being banned from the network.

While asshat seems to predate online multiplayer gaming, the term may have become more popular due to it. In some games, after one player has killed another, the victorious one might show off by squatting over the dead opponent’s head, a maneuver that can also be called asshatting or teabagging (after the sexual act).

“i live for kindness and people being nice to each other. unfortunately we always have an asshat who wants to do the opposite”
Alex @STARSEGS Twitter (April 8, 2017)
“Simon says… Don't be an asshat. Treat people the way you want to be treated. Got it?! Good talk.”
@DianeP89 Twitter (April 19, 2017)
“My vagina can walk into a room, instinctively find the biggest Asshat there and pounce on him. My vagina has, historically, gotten me tied down for years with men (two of them) prone to all kinds of Asshattery.”
Shannon Bradley-Colleary, “10 Signs You’re Dating an Asshat and 5 Tips to Avoid Them,” Huffington Post (June 7, 2014)
SEE MORE EXAMPLES

Calling someone an asshat is generally a way to insult them for being rude and self-centered. The obnoxious actions made by an asshat, which usually involve angering or disregarding other people, are known as asshattery. Asshat is also sometimes used as a verb. As with any negative term, however, there are some people who choose to wear the asshat label with self-deprecating pride.

This is not meant to be a formal definition of asshat like most terms we define on Dictionary.com, but is rather an informal word summary that hopefully touches upon the key aspects of the meaning and usage of asshat that will help our users expand their word mastery.