What does bairn mean?

Bairn is a Scottish or northern English word for child.

Where does bairn come from? 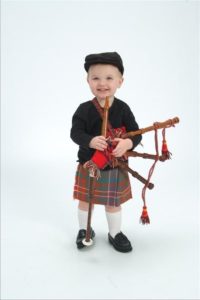 The word bairn comes from the Old English word bearn, a “descendant,” and is related to the verb to bear, as in bearing children. A bairn can be either a male or female child. It can also refer more generally to childhood. 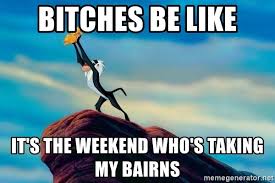 Bairn appears, for instance, in the incredibly charming Nine Hundred and Forty Scottish Proverbs (1667) several times. One proverb reads: “A bairn must creep ere he gang,” or “A child must crawl before he walks.”

The bairn disappeared upstairs just after the bells, came down 15mins later, 'need a help, some string and some tape dad'… Melted. pic.twitter.com/xqPArl6S2H

Since at least the early 1880s, describing someone as a bairn in the figurative sense meant they were child-like or, more pejoratively, childish, e.g., He’s nothing but a bairn and has no sense.

Why does everything upset me? Just one big bairn honestly😂

All of these senses of bairn, both literal and figurative, remain in use in Scotland and northern England. 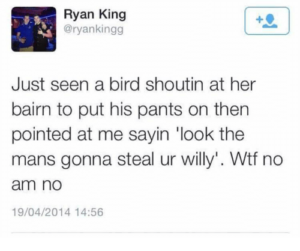 Meme Generator
wish one of the girls would hurry up n have a bairn man, jus take one for the team
@niamhccoy22, January 2019
My dad’s dad was from West Belfast...I never met him unfortunately and as a bairn my dad came over here [to England].
Josh Warrington quoted by David Anderson, Mirror, December 2018
SEE MORE EXAMPLES

The word bairn, for a literal or figurative “child,” remains in use in contemporary Scotland and northern England. It is considered a more regional term than child. 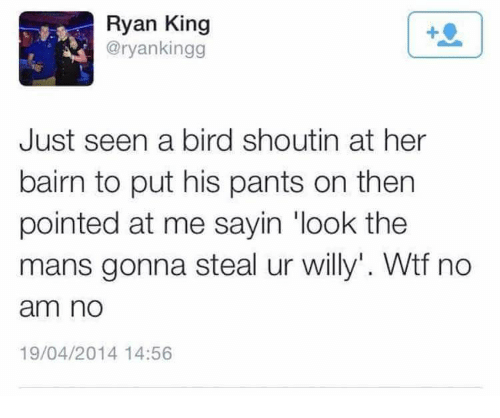 English speakers across the pond or down under—that is, Americans, Canadians, or Australians—may have encountered bairn in the popular television show Outlander, which follows a woman who time travels back to 1743 Scotland. There’s a lot of bairn-mama drama in the show, to put it mildly.

"Had ye in my mind somehow as a wee bairn always. As my babe." pic.twitter.com/cOQaUR7bVr

The Scottish football (soccer) team Falkirk F.C. are nicknamed The Bairns, a reference to the natives of Falkirk and their town motto: “Better meddle wi’ the de’il [devil] than the Bairns o’Fa’kirk [of Falkrik].”

This is not meant to be a formal definition of bairn like most terms we define on Dictionary.com, but is rather an informal word summary that hopefully touches upon the key aspects of the meaning and usage of bairn that will help our users expand their word mastery.