What does basic mean?

In slang, basic characterizes someone or something as unoriginal, unexceptional, and mainstream. A basic girl—or basic bitch as she is often insulted—is said to like pumpkin spice lattes, UGG boots, and taking lots of selfies, for instance.

Where does basic come from? 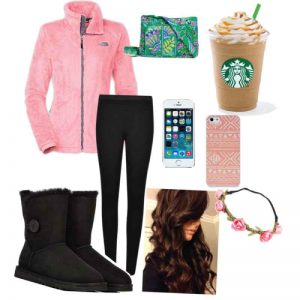 According to Green’s Dictionary of Slang, basic emerges as slang for someone or something as being “unexciting, unexceptional, or uneventful” in the 1970s. This is an outgrowth of the negative sense of basic as “plain and simple”

The slang especially stuck to women. In their 1984 song “Meeting in the Ladies Room,” the R&B girl group Klymaxx call a woman basic for making moves on another’s boyfriend.

The 2000s saw the rise of the term basic bitch, or a woman who is uninteresting and mainstream in her tastes, interests, style, or personality. Comedian Lil Duval had a 2009 video about the basic bitch. The 2011 song “Gucci Gucci” by Kreayshawn features the hook: “And we stunting like / Gucci Gucci, Louis Louis, Fendi Fendi, Prada / Basic bitches wear that shit so I don’t even bother.”

the best girls are always gonna be the difficult ones, deal with it or get yourself a basic hoe

I guess I'm basic for these but oh well🤷🏻‍♀️ pic.twitter.com/X1gYJrEDae

It’s 65° out! Time to pull out my UGGs, to wear with my yoga pants and hoodie, while I’m drinking my pumpkin spice latté. #psl #basic
@FunandFit30s, September 2018
I’ve started dating and I’ve fully become that bitch that take photos of their food before they eat it. I rarely eat out and I want to remember this moment so suck my basic dick, Karen, I’m taking a picture of my Katsu Fries.
@Frans_Gender, September 2018

While basic can describe anyone or anything considered disagreeably mainstream, it especially insults, as noted, young white women. As basic and basic bitch spread in popular culture, some women aren’t oblivious to their supposed basic-ness but ironically embrace it. But men, be very careful about calling a woman basic, let alone basic bitch. We don’t recommend it.

I had a pumpkin spice latte today, very basic but it was fucking amazing

Has anyone seen my Gucci belt? I’m thinking of being more basic than usual tonight

This is not meant to be a formal definition of basic like most terms we define on Dictionary.com, but is rather an informal word summary that hopefully touches upon the key aspects of the meaning and usage of basic that will help our users expand their word mastery.