What does black heart mean?

A black heart describes someone or something seen as innately evil or fundamentally corrupt.

Where does black heart come from? 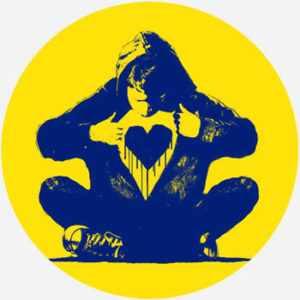 Across many cultures, humans have long believed the heart governed emotion, thought, and character—and was even the seat of the soul itself. The color black, meanwhile, has ancient associations with evil, evoking darkness, storms, decay, and death. In Old English, we can find both heart used for a persons’s emotional and moral center and black characterizing something as “wicked.” Black-hearted, or “malevolent,” doesn’t appear until at least the 1630s. A black heart, specifically, emerges in record by the 1700s and 1800s, often appearing in literary contexts to describe a melancholy, hateful person with evil intentions.

In agricultural contexts, black heart has named a type of dark-colored cherry since the 17th century, and since the late 18th century, various diseases of plants, especially potatoes, that cause them to rot inside out. This black heart, drawing on black‘s sense of “rottenness” and heart as “core,” may have influenced increasing uses of black heart as a metaphor for systemic moral corruption in the 20th and 21st centuries. As one movie reviewer memorably commented on the 2006 documentary on the fraudulent Enron Corporation, “Enron was the twisted black heart of everything wrong with American capitalism.”

In the late 20th century, many black scholars, writers, artists, activists, and everyday people began variously using black heart to express pride in and love of their black identity and experience, reclaiming the long, historical racism against blackness. On social media, they may use the black heart emoji, released in 2016, for emphasis.

Anyone who hates Sister Jean and this level of happiness has a black heart
@BarstoolBigCat, March, 2018
...I’d love to be wrong about all of that, and I wish the Republican Party were benevolent and harmless. But the latest GOP candidate just reveals the black heart at the core of so many Republican politicians and voters.
Dawn Darbonne, The Vermillion, March, 2018
Twitter announced Black Panther passed Star Wars: The Force Awakens as the most tweeted-about movie ever with more than 35 million tweets so far...They say the most common emojis used in the tweets are (in order of popularity) fire, a black heart, and a crown...
Caleb Reading, Uproxx, March, 2018
SEE MORE EXAMPLES

In speech and writing, black heart has a literary air or packs a rhetorical punch if used to describe someone seen as as evil and corrupt.

More colloquially, people may describe themselves in terms of a black heart to indicate they are feeling sad, identify with Emo or Goth culture, have a dark sense of humor, or are expressing black pride. These black hearts frequently come in the form of the black heart emoji on social media.

The agricultural black heart disease, sometimes written as blackheart, is common among scientists and farmers.

This is not meant to be a formal definition of black heart like most terms we define on Dictionary.com, but is rather an informal word summary that hopefully touches upon the key aspects of the meaning and usage of black heart that will help our users expand their word mastery.