What does blick mean?

Blick is a racial slur against very dark-skinned black people. Some black users have taken to the term to describe when the sun darkens their skin or have altogether re-appropriated it, embracing the beauty and pride of their skin tone. Unrelated, blick is slang for a gun and the name of major art supplies store.

Where does blick come from? 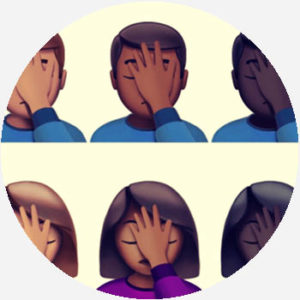 The origins of blick as a slur for black people with very dark skin is unclear. It originates in the UK at least by the early 2000s, recorded in Urban Dictionary by 2004. The term appears to mock how someone with a Caribbean or South African accent would pronounce black —and thereby slur those people themselves.

Alex I’ve personally seen lots of jokes from Nigerians calling Ghanaians and other Africans “too black” or “blick”. The colorism is real and although not all Nigerians do it the fact that some do it is disturbing enough as it is a black nation

Many victims of racial slurs defuse their power by re-appropriating them, as we sometimes see with the N-word among black people and the C-word among women. So, too, did some UK persons of color start reclaiming blick in the late 2010s, refusing to be disparaged on the basis of the color of their skin. Some women of color in the UK have also adopted blick to describe, more playfully or ironically, when the sun darkens their skin.

The slur blick is not to be confused with Blick Art Materials, which takes its name from Dick Blick, who founded the company in Illinois in 1911. It has since gone on to sell tens of thousands of products to starving artists at its over 65 stores across the US.

Nor is the slur blick to be confused with blick as a slang term for a “gun,” which may be an American corruption of the early 2000s UK slang blitz or from the name of a New York City gang. Rapper 6ix9ine used blicky in his 2017 track “Gummo,” which some mistook for the slur blick.

I had a dream that blick art supplies sent me an e-mail and the E-Mail was full of Hot Glue
@foursquidguy, March 2018
But when you lot are calling your friends 'blicky' and 'blick shit' it's not racist? Ok suck ur mum bye
@E_Atutuna, August 2013
It was not uncommon for dark-skinned girls to be vilified and teased and called names like 'blick', which means 'blacker than black'.
Heidi Safia Mirza quoted by Bim Aewunmi, The Guardian, October 2011
SEE MORE EXAMPLES

The slur blick is mostly associated with vulgar UK slang. While it may be undergoing some reappropriation by black people there, blick remains a very offensive racial slur, an instance of colorism, and reminder of the historical oppression associated with the African diaspora.

The word blick is anti black .. just putting that out there in the ozone.

Over a hundred years after its founding, meanwhile, the art store Blick is doing well. Artists sometimes show off their work on social media, giving props to #blick.

Just Pinned to Features: Left side is Krylon and right side is Blair. Middle is normal and smudged onto matte. Just tossed one of the cans in the bin. #draw #Friday #toolsoftitans #matte #launch #testing123 #flabbergasted #krylon #blick https://t.co/z8DPf8lduV pic.twitter.com/jOGyTzPSJv

Blick, as slang for “gun,” is sometimes seen in hip-hop lyrics, such as in Danny Brown’s verses on Eminem’s 2014 “Detroit vs. Everybody”: “Know some killers pull the trigger for a Swisher and Miller / If the blicka hit ya kisser, bet yo’ ass not rememberin’.”

This is not meant to be a formal definition of blick like most terms we define on Dictionary.com, but is rather an informal word summary that hopefully touches upon the key aspects of the meaning and usage of blick that will help our users expand their word mastery.