Where does bollection come from? 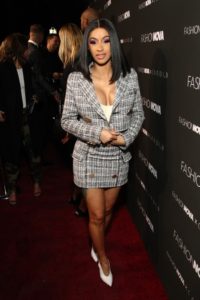 Substituting a B for a C is part of a trend associated with the Bloods gang since the 1990s, e.g., bool (cool), brazy (crazy), or Bompton (Compton, California). This is because the name of their rivals, the Crips, begins with letter C.

Ruling out typos, evidence for this substitution in bollection (for “collection,” in fashion for a special, usually seasonal line of clothing, as a spring collection) can be found online in the early to mid-2010s.

Rapper YG notably used bollection to refer to a line of summer clothing in conjunction with his record label, 4Hunnid, in July 2018.

But, bollection was popularized by rapper Cardi B, of okurrr fame. The hitmaker partnered with fast-fashion retailer Fashion Nova for her own branded collection. The collection debuted in November 2018 and sold out almost immediately. To promote her new clothes, Cardi B frequently used the term bollection on social media. Her second collection with Fashion Nova, “Season 2,” dropped in May 2019.

MY FASHIONNOVA BOLLECTION DROPS AT 12am 😱😱😨😨😨

Cardi has stated she was previously affiliated with the Bloods, though it should be noted that B-for-C substitutions can be a slang usage that doesn’t necessarily indicate any active Bloods membership or activity—it can be a cultural or hip-hop signifier.

SURPRISE !! I just drop my fashionnova bollection go check it out now !!!!

Been listening to this YG album since last week. Album is brazy dope, must add for the music bollection
@JKH_7, March 2014
... many fans would buy a piece of Cardi’s “bollection” no matter what it looked like, simply out of love for the rapper.
Hope Carter, Uproxx, November 2018 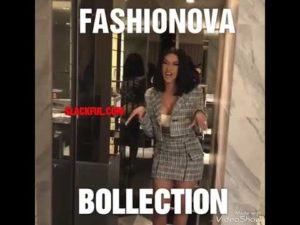 Thanks to her popularity, bollection is now closely associated with Cardi B, and uses of bollection commonly refer to Cardi B’s Fashion Nova collection. Sometimes, users will playfully make other B-for-C substitutions, e.g., Bardi for Cardi.

def bagging me some of that bardi bollection when she restocks 👅

Bollection also remains associated with YG and his clothing collections.

Other people familiar with the B-for-C substitution (and its cultural history with the Bloods and influential artists affiliated with them) may use bollection for collection. This is especially true when items are red, the Bloods color.

My son out here tryna be a blood….talkn bout "I need this bumble bee for my bumble bee bollection"😂😑

This is not meant to be a formal definition of bollection like most terms we define on Dictionary.com, but is rather an informal word summary that hopefully touches upon the key aspects of the meaning and usage of bollection that will help our users expand their word mastery.