Everything After Z by Dictionary.com
Previous Word Bompton
Next Word boofing

What does boo mean?

Boo is the sound we pretend ghosts make .... and just a little term of endearment for one's significant other. Oh yea, people also boo things they really don't like.

Ghost Just Dropped By To Say 'Boo'
The Onion, September, 2007
The Toronto crowd booing Lebron whenever he touches the ball is ridiculous.
@StephenAmell, May, 2018
Can my boo who isn’t my boo but I want to be my boo give me all the love and affection I want ??? 🤥
@val18eria, May, 2018
SEE MORE EXAMPLES

Where does boo come from? 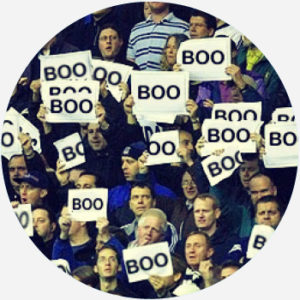 Boo is familiar to many as Boo!, that noise ghosts and monsters make when they pop out and scare somebody, probably ultimately based on the attention-getting sound of the syllable boo. Latin and Greek also have verbs, as it happens, that also use the boo sound for “shouting” or “crying.”

This boo appears in a 1738 book by Gilbert Crokatt, Scotch Presbyterian Eloquence Display’d, which defined it as “a word that’s used in the north of Scotland to frighten crying children.” The 1808 Etymological Dictionary of the Scottish Language suggests boo is connected to the mythical Bu-Man, possible parent of bogeyman.

What about when people or an audience say boo to condemn a performance, person, or action? While jeering and heckling can be found in accounts of ancient Greek plays, the term boo for the action doesn’t appear until at least an 1825 theater book, The London Stage.

In the 20th century, boo has been used as slang for a range of things, including “marijuana,” “snot,” an “idiot,” and “excellent” and is part of other exclamations such as boo-hoo (mocking crying) and boo-yah (a celebratory cheer). A boo-boo is a children’s term for a minor injury or a mistake.

But, the main slang boo is for a romantic partner (e.g., my boo or “sweetheart.”) Maybe a form of baby or the French beau(x), the pet boo, used much like bae, emerges in 1990s hip-hop slang and spread from there.

A notable early use of this boo comes in the lyrics of hip-hop group A Tribe Called Quest’s 1990 song “Go Ahead in the Rain”: “Lifeless ventures ain’t new, boo.”  The same year, rapper Grand Daddy I.U. spit the line “Yo, boo, I like you, but I like others too.”

The term began popping up on Urban Dictionary in the early 2000s. Its use spread in 2004, when Usher and Alicia Keys released the single “My Boo,” which contains the chorus “You will always be my boo.” 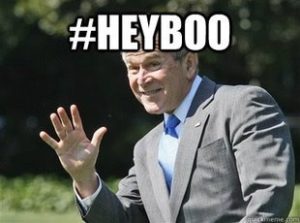 Fun fact: The oldest boo in the record comes in the expression to say boo to a goose, found in the 17th century. That’s not to startle the bird, but “to speak up,” a figure of speech that became to say boo, or “to stick up for yourself.”

Boo! is used as a sound we imagine ghosts make, usually in a friendly manner, or when people try to jump out and scare someone: Boo! This boo appears in all sorts of Halloween-themed events (Boo! at the Zoo) and content (It’s a boo-tiful day!)

To boo someone, also called booing, is a way to jeer them, particularly if you’re an audience member. 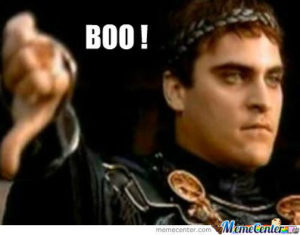 Boo is also a term of affection for a significant other. In this sense, you would refer to that person as my boo … just saying.

This is not meant to be a formal definition of boo like most terms we define on Dictionary.com, but is rather an informal word summary that hopefully touches upon the key aspects of the meaning and usage of boo that will help our users expand their word mastery.