or bougie or bad and boujee [boo-jee]

What does boujee mean?

Boujee is hip-hop slang for something “luxurious in lifestyle yet humble in character,” influenced by and often interchanged with the slang bougie.

Where does boujee come from? 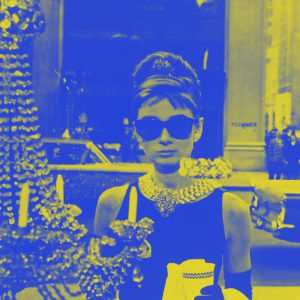 Bougie and boujee are similar terms with subtle but significant differences.

Both ultimately come from the 16th-century French term bourgeoisie (literally, “the burghers”), the emerging merchant class whose new wealth conferred them social status and privilege. Over the centuries, bourgeoisie and its adjective, bourgeois, came to stand for “middle class.” By the late 18th century, the term was used to disparage someone as materialistic, conventional, and complacent.

By the 1970s, bourgeois was shortened in slang to bougie, mocking something as consumeristic, pretentious, and suburban, again with a “middle class” subtext. In the 2010s, bougie was further generalized to “undesirable” or “unfair.” 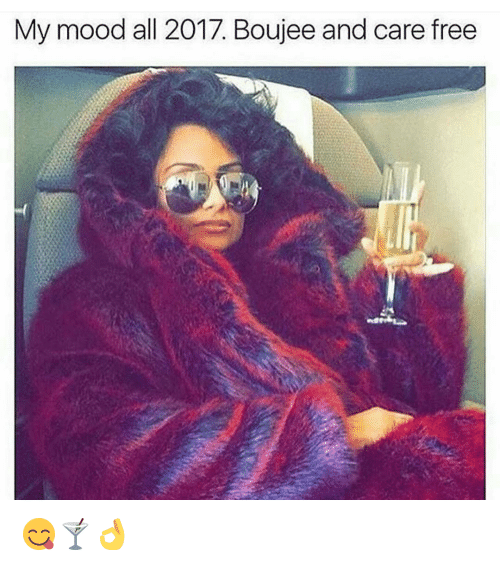 In 2016, a hit hip-hop song by the trio Migos, “Bad and Boujee,” introduced a new take on, and spelling of, bougie: boujee. The song repeats the line “My bitch is bad and boujee,” suggesting the singer’s love interest (bitch) is materially successful (boujee) but still down to earth (bad), reflected in the music video where women enjoy luxury (wearing designer clothes) without airs (eating at their old neighborhood restaurant). The song spent eight weeks at the top of the Billboard chart and popularized boujee as a black/hip-hop slang term suggesting “self-made wealth that doesn’t mean forgeting one’s humbler roots.”

I'm not boujee I just have high expectations and preferences
@_MamiChulo_, October, 2016
Most of y'all wanna live such boujee lifestyles but don't put any REAL work to achieve that. Talk is cheap.
@AJL615, August, 2017
Spending your day at an aesthetically pleasing cafe can be great, but we all know that that’s usually something that costs quite a bit. Yes, getting that boujee coffee and pastry can be a treat, but once in a while it’s nice to just grab a cheap Timmies and head somewhere to sit.
Hannah Munshi, Narcity, April, 2018
SEE MORE EXAMPLES

Bougie is a general slang term in speech and writing insulting someone leading a boring middle-class life but aspiring to a wealthier and more sophisticated life, particularly as reflected in their consumer choices.

Boujee is more widely used in black slang to describe someone who has made their own wealth out of a poorer upbringing, likes a lavish lifestyle, but is still connected to their roots “in the hood.”

Due to similarities in pronunciation and spelling, boujee is often interchanged with bougie, and among some users, boujee can characterize someone or something as too flashy or showy with their money. While its popularity in hip-hop culture has helped spread boujee into more mainstream slang, be mindful that boujee can connote a distinctly black American socioeconomic experience that may be considered a form of cultural appropriation if used by people outside that community.

This is not meant to be a formal definition of boujee like most terms we define on Dictionary.com, but is rather an informal word summary that hopefully touches upon the key aspects of the meaning and usage of boujee that will help our users expand their word mastery.