What does brick wall mean?

A brick wall is variously used as a metaphor for a challenging obstacle or obstruction.

Where does brick wall come from? 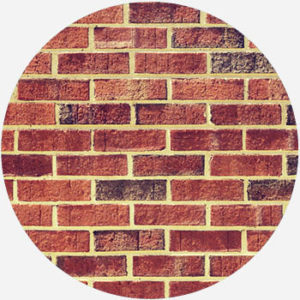 While the building technology dates back many millennia, brick wall has referred to a literal wall made of bricks in the written record of the English language since at least the 1400s.

Come the early 20th century, brick wall was widespread enough to be considered a cliché for any challenging barrier or opposing force. The metaphorical brick wall remains a common, and still often useful and powerful, metaphor. A 2016 parenting memoir about raising a child with autism took Brick Wall as its title, for instance, as did a 2011 film about two women who are transgender.

I hate when you’re talking to someone and you feel like you’re talking to a brick wall because they just do not care or can’t take 2 mins to listen to what you are saying
@harleighmckenna, March, 2018
The jet stream is a very strong force and pushing a balloon into it is like pushing up against a brick wall, but once we got into it, we found that, remarkably, the balloon went whatever speed the wind went.
Richard Branson, interviewed by NOVA , 2000
I still have the desire to do the job of acting. It’s just a matter of whether I’ll be allowed to do the job of acting that remains to be seen. There are only so many brick walls that I’m willing to beat my head on.
Gary Coleman, interviewed by The Celebrity Cafe, November, 2000
SEE MORE EXAMPLES

Brick wall is extensively used in speech and writing in a range of metaphorical constructions. As noted, some authors and editors may look down upon uses of brick wall as clichés in formal writing.

We may say we hit a brick wall when we’ve run out of money or energy for a project. Or, if a loved one isn’t acknowledging our feelings, we may say it’s like talking to a brick wall. In these uses, brick wall may not indicate final defeat but rather extreme frustration or exasperation.

The expression to hit a brick wall is so familiar that it’s inspired its own verb form, evidenced since at least the early 2010s: to brick-wall, or “to get as far as one can go in pursuing some goal.”

These brick walls are not to be confused with British rock band Pink Floyd’s 1979 hit songs popularly known as “Another Brick in the Wall,” which are about isolation, detachment, and anonymity.

This is not meant to be a formal definition of brick wall like most terms we define on Dictionary.com, but is rather an informal word summary that hopefully touches upon the key aspects of the meaning and usage of brick wall that will help our users expand their word mastery.