In order to have a buff body, you must commit to a program that works.
Daryl Conant, Buff Daddy, 2011
Nails should be one-eighth to one-quarter inch beyond the tip of the fingers. Buff or polish the nail.
Kathryn J. Volin, Buff and Polish, 2004
I’m #thankful that I live in the best time in human history. That I can sit on my sofa in the buff tweeting on an iPad. My great grandparents would have thought this a lavish luxury alone, yet we all take it for granted. #bethereforeachother this holiday season
@DominickWyze, November 2018

Where does buff come from? 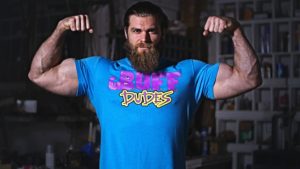 Before we get into all the different things buff can mean as a slang term, it’s helpful to go all the way back to the beginning. Buff, as you may have guessed, comes from buffalo. In the 1570s, buff leather referred to buffalo-skin leather, which is particularly thick and soft.

By the early 1600s, buff came to refer to nudity (as in in the buff) because of the association with naked (white) bodies and the creamy, light-yellow leather of buff.

Archery in the buff pic.twitter.com/S8JyoRdTVT

In the 1800s, buff leather cloths were used to polish metals.

Buff became a verb by 1849 for polishing things to make them shiny and more attractive. It’s this sense of buff—”to polish and make attractive,” sometimes with actual oil—that people had in mind in the 1980s when they referred to someone who was physically fit as buff. This term was particularly applied to people who had big, bulging muscles (think Arnold Schwarzenegger) because, well, they look kind of shiny and attractive. 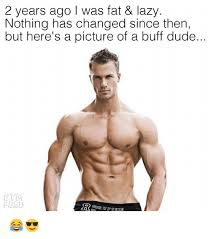 Buff, for “strong and muscular,” is what gamers had in mind in the mid-1990s when they began to buff up their characters in role-playing games. Early references to buffing up players come from games like Ultima Online, where gamers would exchange tips on how to exploit rules to buff stats so their avatars would be harder, better, faster, stronger. The opposite of buffing a player is nerfing them (i.e., making them weaker, such as foam Nerf toy guns). 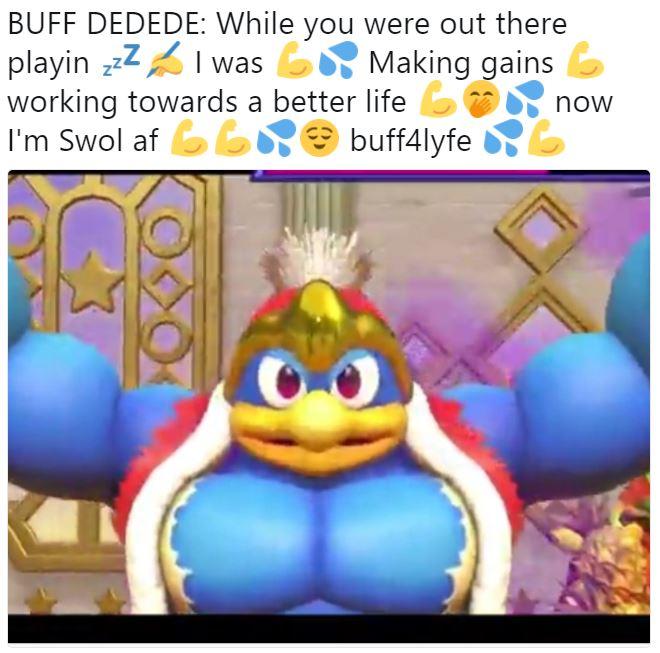 Finally, to understand how buff came to refer to someone with a particular interest and passion for something (like, say, a history buff), we have to go back to 1800s America. There weren’t standing fire departments in most cities, then, so instead, young men had to volunteer. These temporary firefighters became known in New York in the 1830s as fire buffs for the buff uniforms they wore.

By 1915, the term buff had spread to other domains to refer to an amateur enthusiast about anything, like a sports buff who can tell you the stats of every Pittsburgh Steeler dating back to the 1960s. 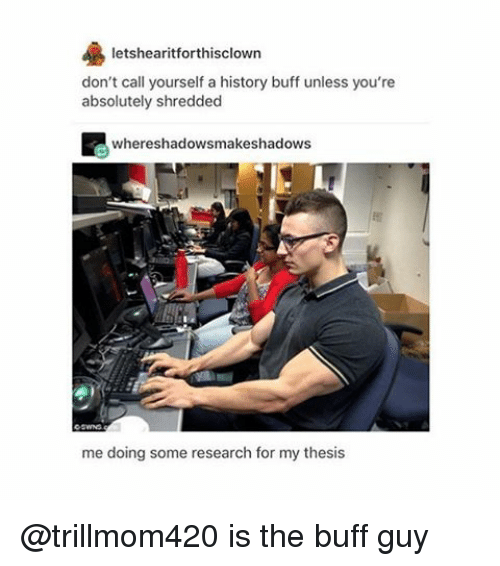 The meaning of buff varies widely depending on context.

While it sounds a bit dated these days (the expression is from the 1600s, after all), you can still refer to someone who is naked as being in the buff—usually with that specific phrasing. It’s a slightly more polite or humorous way to refer to nudity.

– I just told my wife that I saw some old photos of Bryan Cranston on set, in the buff.
– Breaking Bad nudes?
– No she seemed quite pleased tbh.

Whether you use an actual buff-leather cloth or not, polishing something to make it shine is still referred to as buffing it. Sometimes it’s modified with an intensifying up, as in to buff up something. This verb is transitive, so you’ll usually want to clarify what is being buffed (e.g., The choir boy buffed up his dress shoes).

Buff as an adjective usually refers to someone who is physically quite fit. It can also refer just generally to someone who is attractive, usually because of their physique, as in Dwayne “The Rock” Johnson is so buff. 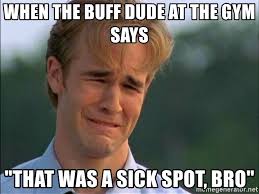 In the gaming world, and especially MMORPGs, a buff player is one that has been improved in some way, either within the rules of the game, or not. You can cast a spell or use a potion to make your player buff—or you could use a cheat. You can also give a buff to someone else, as it’s said, meaning you give them an item to help them out.

When you're playing an MMO and a nice rando heals you or gives you a buff pic.twitter.com/tAQm8iuOq2

Using buff for someone with a deep, if amateur, knowledge of a subject typically requires a description of what they’re interested in. There are history buffs, butterfly buffs, or fitness buffs.