Everything After Z by Dictionary.com
Previous Word bumbaclot
Next Word bust a nut

What does bump mean?

Bump is an online slang term for the practice of posting filler comments to move a post to the top of a discussion thread, increasing a message or thread’s status and visibility.

So, we allowed one noninformative bump…per topic that must come no sooner than forty-eight hours after the last activity on the thread.
Patrick O’Keefe, Managing Online Forums, 2008
What is the etiquette for thread bumping here? There are a couple of threads I find interesting that seemed to have died, and i'd [sic] like to bump 'em up in hopes of getting responses.
Larry Borgia, StraightDope, 2000
Not calling anyone out, but I'm starting to see a lot of people bumping threads. Actually scratch that, for a while now I've seen bump posts. Not only is it unfair for other people that don't bump, it's against the rules! Guys stop bumping! I implore you.
ZerkReaper, Trove, 2015
SEE MORE EXAMPLES

Where does bump come from? 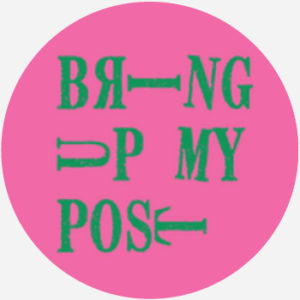 Likely emerging in the mid to late 1990s with the rise of online message boards, bump is popularly said to be a backronym for the phrase “bring up my post.” The term, however, may have also simply originated as an extension of the word bump (i.e., give something a bump, or boost).

While the first instance isn’t exactly known, the term was in practice by 1998 on Amezou World, a predecessor to the imageboard site 4chan; it incorporated bumping into its message-sharing platform. A StraightDope message board titled “Bumping Threads” dates back to 2000, confirming that users were familiar with the term by the turn of the century.

Anyone participating in an online discussion forum can bump, and bumping can be useful if a post hasn’t received an answer as a thread becomes buried by newer posts. Writing a one-word bump like “Anyone?” can revive the thread and prompt responses.

Overuse of the practice, especially for mere self-promotion, is considered obnoxious and can sometimes be called spamming. Some forums limit or even prohibit thread-bumping for this reason.

Bump is used colloquially in online message boards and discussion forums. The term can refer to an instance of bumping (a bump) or the action itself (to bump a post). As the practice has become more widespread and common, sometimes the word bump is typed as the very filler word used to bump a post. Some users post image macros (e.g., Super Mario bumping a brick) as a clever or creative accompaniment to their bump message.

Bumping is also sometimes referred to as thread-bumping or bump post. Necro-bumping, also called necro-posting, is the practice of bumping a “dead” (necro) thread. Forum etiquette especially frowns upon this.

Internet bumping is not to be confused with the many other slang senses of bump, including “a hit or dose of drug,” “sexual intercourse,” “a woman’s breast”, “a woman’s abdomen when she is first showing pregnancy,” and “to murder someone.”

This is not meant to be a formal definition of bump like most terms we define on Dictionary.com, but is rather an informal word summary that hopefully touches upon the key aspects of the meaning and usage of bump that will help our users expand their word mastery.