Feedback
cake by the ocean
calm down

What does call of booty mean?

Where does call of booty come from? 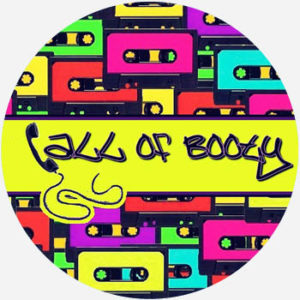 The slang booty call dates to the 1990s. The phrase denotes a phone a call or message arranging a time and place for casual sex. Booty call incorporates the slang term booty, once vulgar slang for “vagina” in the early 1900s. The slang word became a milder term for “buttocks” in the 1920s. The word then went on to denote more generally both a “female body considered as a sex object” and “the act of sex.”

In the 1980s, as Esquire magazine tells the story, a Florida high-school student, Anthony Darlington, used payphones to “call that booty,” as he called it—or telephone females he knew for sex. Darlington explained call that booty morphed to booty call, gaining further usage after he and a fellow Army serviceman became the hip-hop duo Duice and released the song “Booty Call” in 1992. Subsequently, other music artists released songs referencing “booty calls,” such as Da Ko Boyz’s 1994 release “Da Booty Call.”

The playful variation call of booty has been used in written text since at least 2003. The phrase draws on the idiom call of duty, or the often heroic sacrifice by people in the military and law enforcement. Call of booty, then, is a pun that alludes both to booty call and to the summoning and deployment of one’s (usually a man’s) “heroic” sexual impulse.

The pun achieved further currency after the 2003 release of the first-person-shooter video game Call of Duty. The release of subsequent game installments, comic books, action figures, and short films makes the franchise a likely candidate for helping the term spread. However, though call of booty can be a reference to booty call when used by Call of Duty gamers, it is usually just in playful reference to the video game, not to a call for sex—booty here just being a juvenile term for “butt.”

Examples of call of booty

Text shorty like “call of booty & chill?”
@fuckkdarion, December, 2015
@StormyDaniels sending out a discrete call of booty. Be discrete! Text back *69 if you want another gentleman caller of booty from me…oh hey Melania, abort ABORT STORMY ABORT!!!
@realFondaldRump, March, 2018
One video is titled 'CALL OF BOOTY: 7 women in uniform blow together indoors' and the image shows actual band members in line with huge instruments (and that's not a euphemism).
Stewart Perrie, LADbible, April, 2018
SEE MORE EXAMPLES

Who uses call of booty?

Call of booty to mean “booty call” has taken off to some extent on social media since about 2011. The expression ostensibly appeals to younger males. In one social-media example, a young man turns call of booty into an adjective to describe a woman’s buttocks: “Do they all come with the call of booty ass like you?”

Gamers, especially young-adult males, ironically and non-sexually refer to the game Call of Duty as Call of Booty, as noted. This humorous variant tends to be an in-joke among fans of the game, sometimes confusing outsiders.

Perhaps unsurprisingly, the sexual connotations of call of booty lend the phrase to film titles in pornography. Slightly less explicit and drawing on Call of Duty is the notable Call of Booty burlesque show featuring performers as popular video-game characters. An online shop selling pirate-theme merchandise, Call of Booty, takes advantage of booty‘s other meaning of “loot” and “treasure.”

This is not meant to be a formal definition of call of booty like most terms we define on Dictionary.com, but is rather an informal word summary that hopefully touches upon the key aspects of the meaning and usage of call of booty that will help our users expand their word mastery.