What does Chocolate Rain mean?

Chocolate Rain is an original song by Youtuber, Tay Zonday. It became a viral meme in 2007, thanks to sites like 4chan and Digg. In the lyrics of the song, the term Chocolate Rain itself is intended to be a stand-in for institutional racism.

Where does Chocolate Rain come from? 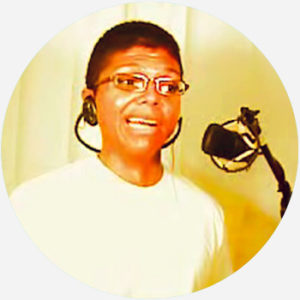 Chocolate Rain is the title of an original song by Tay Zonday, which he posted to his YouTube channel on April 22, 2007. The video, which mostly depicts Zonday singing into a microphone, quickly became a viral sensation. Chocolate Rain’s popularity might seem quizzical to some, but there are many things to like about the video. First, Zonday’s voice is extremely deep, which might be unexpected considering how youthful he looks.

Did you catch the full meaning behind the viral hit "Chocolate Rain" or did it go over your head? #IWentViralhttps://t.co/UwZazkSbR5

There is also an out-of-left-field caption, “**I move away from the mic to breathe in,” which appears–momentarily, confusingly–on the screen. There are no other subtitles in the video.

Also, taken at face value, the lyrics seem nonsensical. An excerpt: “Chocolate Rain / Build a tent and say the world is dry / Chocolate Rain / Zoom the camera out and see the lie.” However, in an interview with Good Mythical Morning, Zonday confirmed that, indeed, Chocolate Rain was about social justice at its core–he just didn’t want to force the meaning onto anyone.

@noughtpointfour With all that chocolate, me and @mcpesunil will need A LOT of toilet papers, but it worth the pain haha #ChocolateRain
@AbdeGra, February 27, 2017
The only part we really remember is ‘Chocolate Rain’ and his ability to breathe.
Yousef Fatehpour, “I had no idea 'Chocolate Rain' was about racism,” True Too, June 8, 2016
Chocolate Rain / Seldom mentioned on the radio / Chocolate Rain / It’s the fear your leaders call control
Tay Zonday, “Chocolate Rain Lyrics,” MetroLyrics (April 22, 2007)
SEE MORE EXAMPLES

Chocolate Rain is most typically used to reference the original song. In fact, many of the people who use the term Chocolate Rain use it as referential humor. As in, “Hey, remember that song Chocolate Rain?” and then everyone has a good laugh about old internet memes. The most surprising usage of the term is to reference unnatural/liquified bowel movements. Twitter users like to make posts about bowel movements and then include the hashtag #chocolaterain.

This is not meant to be a formal definition of Chocolate Rain like most terms we define on Dictionary.com, but is rather an informal word summary that hopefully touches upon the key aspects of the meaning and usage of Chocolate Rain that will help our users expand their word mastery.