What does chucky egg mean?

A chucky egg is a British regional term for a chicken egg, especially when it is soft-boiled and chopped up. It is also used as a term of endearment.

Where does chucky egg come from? 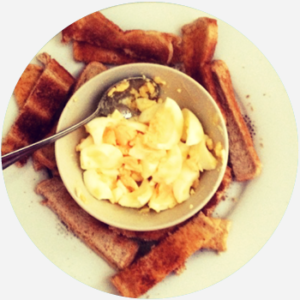 Chucky appears to be a regional variant and baby-talk form of the word chicken in Northern England and Scotland as well as Australia and New Zealand. In parts of Northern England and Scotland, a chucky egg can refer to any chicken egg (also called a chook egg) or one that has been soft-boiled. Chucky egg especially refers to a dish served to young children featuring soft-boiled eggs chopped into pieces, seasoned with salt, pepper, and butter, and served with slices of toast, known as soldiers.

Due to its associations with children’s breakfast or children’s speech, a chucky egg is also a term of endearment in Northern England and Scotland, like “dear” or “darling,” when a teacher praises a student: “Well done, chucky egg.”

hucky egg appears at least by the 1980s both as an affectionate term and food item. The term was popularized by a 1983 computer game Chuckie Egg, where the player controls a character named Hen-House Harry who is tasked with collecting chicken eggs. A sequel, Chuckie Egg 2, was released in 1985. The term earned entry in Urban Dictionary in 2010. 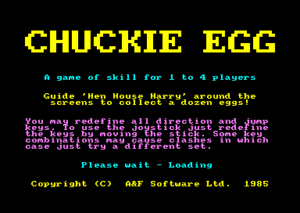 Anyone else like 'chucky egg' in a cup? 🙂 #boringlunch…
@hma1909, April, 2018
@rosiemallison I love you chucky egg xxxxxxxxxxxxxx even though you did ditch me at lunch today 😩
@dandyhunt, March, 2013
In an ideal world, tomorrow you and I would be eating eggs that were laid, at the most, three days beforehand: as fresh a chucky-egg as possible from a private range of loved chuckies.
Simon Hopkinson, The Independent, April, 1995
SEE MORE EXAMPLES

Chucky egg is primarily used as a regional British term (notably documented in Lancashire and Yorkshire) for a preparation of boiled chicken eggs or as a term of endearment along the lines of “sweetie,” often from an older person to a younger one.

The video game Chuckie Egg, often misspelled as Chucky Egg, is occasionally referenced with nostalgia or in the context of early gaming culture.

This is not meant to be a formal definition of chucky egg like most terms we define on Dictionary.com, but is rather an informal word summary that hopefully touches upon the key aspects of the meaning and usage of chucky egg that will help our users expand their word mastery.